Visitors checking out the home lift installed at Wiitrac Elevator’s booth at the Homedec exhibition being held at SPICE until tomorrow. (Inset) Ljungstrm says lift users can modify the light and get lift data using an app.

RESIDENTIAL home owners can now look forward to installing lifts at their homes with the all-new Aritco HomeLift which is touted as the world’s first lift uniquely designed for homes.

Teh, who has 15 years experience in the lift line, said 10 units of Aritco home lifts had already been sold prior to the product launch.

“For this year, Wiitrac is targeting to sell over 100 units of Aritco home lifts.

“Our target is more than RM10mil from the sale,” he said after the grand launch of Aritco home lifts at Wiitrac Elevator’s booth during the Home Design and Interior Exhibition (Homedec) at the SPICE Arena in Relau, Penang, yesterday.

She said Aritco began in 1995 with a simple idea of improving mobility everywhere.

“In 2011, we decided to enter the emerging home market. We decided to develop the world’s first lift, entirely designed for the private home,” she said.

Ljungström noted that safety and reliability were top priorities for Aritco.

“In our labs, there are testing ongoing constantly and we meet Europe’s strictest quality and safety standards.

“In terms of design, we understood at an early stage that design is going to be key,” she said.

Ljungström also said with an app, users could modify the light and get the lift data.

The three-day exhibition will be held until tomorrow, featuring some 170 exhibitors occupying up to 440 booths.

Organised by C.I.S Network Sdn Bhd, the fair will offer visitors the latest household innovations and technologies as well as products and services for home renovation.

Homedec is open from 11am to 9pm and admission is free. 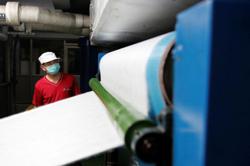 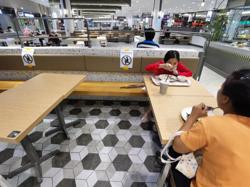