On the mural bandwagon 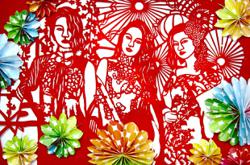 Chirpy backdrop: A mural of two birds in bright hues adorns a wall along Lorong Panggung in Chinatown, Kuala Lumpur.

THE power of street art is strong in the Klang Valley with more murals spotted following the success of similar artworks attracting tourists to Penang and Ipoh. However, the subject also stirs up concerns because unpermitted graffiti is also commonly seen.

In Kuala Lumpur, murals are mostly in a riot of bright colours, in contrast to the more nostalgic depictions in Penang and Ipoh.

They are the result of several community art projects initiated by the private sector with approval from Kuala Lumpur City Hall (DBKL).

In Petaling Jaya, several zones including Section 52, Lorong Sultan and SS2 are adorned with murals suggesting a hint of fantasy and folklore. They are the result of a collaboration between the Petaling Jaya City Council (MBPJ) and art agencies under an urban regeneration effort, carried out with a budget of RM60,000.

The public multi-storey carpark in Section 52 spruced up by Escapeva and Perol.

At Shah Alam’s Laman Seni 7, walls are bedecked with educational artwork that have proven beneficial for the students frequenting the area. Many of the artworks include installations and 3D elements to promote public interaction.

The mural projects undertaken by MBPJ and the Shah Alam City Council (MBSA) also aim to change the public’s negative perception of back lanes and now, these once filthy areas have become much-loved destinations for art and youth activities.

Art and marketing agencies such as Bumblebee Consultancy, founded in 2010, have also spurred the mural trend here.

Escapeva (Mohd Zaki Nordin), 31.. It is ironic, a lot of Malaysian street artists are highly sought after overseas but Malaysians rather pay foreign artists handsome sums to be here.

The agency connects artists with sponsors to make street art projects happen. Through the agency, artists have not just left footprints on the streets, but also in schools, campuses and public housing projects.

Project manager Julie Wong said the agency now had a network of more than 30 artists, a far cry from the handful it started with.

The artists are from all walks of life and are of various disciplines, including hair stylists and graphic designers.

One of them, Mohd Zaki Nordin, 31, or more popularly known as Escapeva, has works gracing many parts of Kuala Lumpur, including Jalan Kuching and Jalan Dang Wangi.

Little did the street artist expect that he could turn full-time in 2010, as even though he was an art student, he had never formally learnt it.

“I never thought of painting on the walls until a friend introduced me to graffiti during college days. I was chased away by enforcement officers on the very first day of trying it,” he said with a laugh.

His friends then brought him to the “Legendary Wall” in Jelatek which was recognised by street artists from near and far as the perfect canvas, sans harassment from any party. His skills and love for street art had flourished since.

His partner in art, Muhammad Fahrul Idham Malek, 29, or Perol, got hooked to the medium of expression in his secondary school days. He honed his know-how through teaching himself and friends’ sharing.

“In some ways, graffiti allowed me to get out of a mundane system,” said the artist who has lived in several states.

“The act may suggest that we are rebellious, but we are only saying that we will have our own achievements although not within regular social norms. We can do it and the sky’s our limit,” he added.

The artists understand why street art is not taught, even at art schools, most likely because it is hard to control.

A mural near Central Market showing the life and trades of Kuala Lumpur.

“There is only a thin line between doing it legally or otherwise, and they cannot control it, therefore it is not even mentioned in the syllabus,” Escapeva said.

Things have begun to change as the artists have in recent months shared their love at schools through Bumblebee’s arrangement, much to the delight of the students who find it interesting and expressive.

However, the artists felt that street art deserved better recognition, and local street artists should be valued.

Fine art painter Haris Rashid, 25, found that the world of art was divided and hierarchical, lamenting that street art was always deemed of a lower grade despite its high impact as an engagement tool with the public.

“I really think we should respect each other, no one is better than another, because every form of art stems from fine art, and every artist should have the freedom to choose their medium. Equal appreciation should be given to street art for this form of expression to reach its full potential,” he said.

Again, street art is still subject to the conventional mindset as a form of vandalism, therefore sponsors and exhibition curators are hard to come by.

A corner in Section 52, PJ, is jazzed up by the sense of fun and adventure of rock climbing

Although they were grateful for Lithuanian artist Ernest Zacharevic for raising awareness here, they felt it was time to pass the baton back to the locals.

“It is ironic, a lot of Malaysian street artists are highly sought after overseas but Malaysians would rather pay foreign artists handsome sums to be here,” said Escapeva, adding that local artists can also do better because they know the culture of the area they paint in.

Not just a fad

Asked what they think about the current mural trend, Haris was quick to say, “We do not want a trend, we want the interest to last another 100 years and not just as a fad.”

Perol said he hoped street artists could enjoy a more conducive environment to grow the art by changing conventional perception through education.

Escapeva said he was glad that the current mural trend had drawn many street artists from the underground, allowing them to make a decent living through their passion.

On the other hand, some artists appear to have been spurred by the success of these approved murals and took to the streets without permits.

DBKL, MBPJ and MBSA have promised an open-minded approach to applications for wall paintings, as long as they come with consent from building owners.

But if there is no approval, the councils can fine offenders up to RM2,000 for vandalism.

Interestingly, much as vandals are hard to tame, they seldom deface existing murals.

Section 52, Petaling Jaya is spiced up with a touch of folklore and fantasy.

Because of this, a wider reach for mural painting may actually be the best deterrent for the vandals. 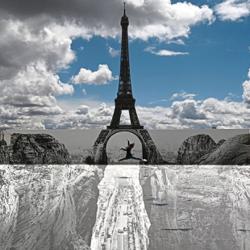