Recycled banknotes the way to go

The practice of giving duit raya is eagerly awaited by children. Prof Ramlah says the tradition which emerged in the 1970s was made popular by those who worked in the city and wanted to give something valuable to children in their hometown. — MUHAMAD SHAHRIL ROSLI / The Star

THIS Hari Raya, do a favour for the environment and use any banknotes in good condition as duit raya instead of crisp new ones.

As part of its efforts to go green, Bank Negara Malaysia (BNM) is issuing banknotes that are still in good condition instead of printing new ones every festive season.

The central bank has been doing this since 2013 for the RM1 and RM5 notes.

This year, the public can expect to get RM10 notes in usable condition as well as a limited quantity of new RM10 notes. The practice will also be extended to Chinese New Year.

“Up to 74% of the banknotes that we will issue this Hari Raya will be fit banknotes, compared to when we first started, when the figure was very low, around 13%,” he said.

He added that it would be very expensive if the central bank were to print new banknotes every festive season.

“From our calculations, if we were to print new 600 million new banknotes, the energy used would be enough to power at least 10,000 houses for a month,” he said.

He added that there was no need to print new banknotes when there are enough fit and usable banknotes that can be used for any purpose, including as duit raya or ang pow.

“We introduced polymer banknotes in 2004 for the RM1 and RM5 as these notes are used widely, especially in wet markets. Polymer banknotes last longer and some that we have issued in 2007 are still in circulation,” said Azman.

He added that prior to the Go Green Campaign, approximately 70% of banknotes issued were returned as deposits right after the festive season, resulting in excess banknotes that then sit around unused.

“Currently, fit notes issued during the festive season are used in a more optimal and effective manner for daily business. The public only deposit their excess cash when necessary,” he said.

The tradition of giving duit raya emerged in the 1970s.

Historian Prof Datuk Ramlah Adam said contrary to popular belief, the tradition of giving duit raya did not come from the Chinese.

“It started from those who went to Kuala Lumpur to work and balik kampung for Hari Raya. They wanted to give something to the children, so they started with 20sen or 50sen,” she said.

She added that as time went on, more people gave out duit raya in RM1 and RM5 denominations.

“That’s why the Malays would give duit raya when they start working, whereas the Chinese would give out ang pow only when they are married,” she added.

“What’s important is the value of the money. As long as the money is still in usable condition, I am fine with it,” she said.

“New banknotes have that Raya ‘feel’. But I wouldn’t mind if given old banknotes either, as it is still valuable,” she said. 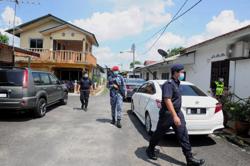