Time to celebrate with Sabah and Sarawak people

THE Penang government is bringing Sabah and Sarawak’s harvest festivals to the state for the third time.

The Gawai and Kaamatan Carnival will be held at Fort Cornwallis, Penang, from 6pm to 10.30pm on May 15.

“Gawai Festival, which falls on June 1 and 2, is celebrated by Sarawakians while the Kaamatan is celebrated annually on May 30 and 31, in Sabah. Both festivals are celebrated on a large scale by the respective states.

“As there are many Sabahans and Sarawakians working and studying in Penang, we would like to celebrate the important festivals with them,” he told a press conference at Fort Cornwallis on Satur-day.

Wong added that the event could also help promote the culture and traditions of both the states in East Malaysia.

Carnival organising committee vice-chairman Pastor Jebon Lumungking said the event was free and was not only for Sabahans and Sarawakians living in Penang, but also for Penangites and foreign tourists.

“We will be serving the famous dishes of both states such as mee kolok, laksa Sarawak, ayam pansuh (chicken cooked in bamboo) and other delicacies.

“Famous Penang food and halal food will be served as well,” he said.

Carnival organising committee secretary Irene Jala said many traditional performances from the natives of Sabah and Sara-wak would be showcased that night.

“The highlight of the night would be the beauty pageant contest, called ‘Kumang’ in Sarawak and ‘Unduk Ngadau’ in Sabah for women’s category, and ‘Keling’ for the men’s category.

“Participants will be dressed in the traditional costumes of Sabah and Sarawak’s indigenous tribes,” she said, explaining that there were 32 native tribes in Sabah and about 36 in Sarawak.

She added that about 5,000 people are expected to attend the carnival, which will be launched by Chief Minister Lim Guan Eng. 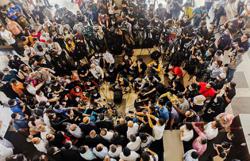 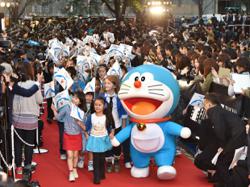