‘Runnymede Hotel will be restored’

By CAVINA LIM and JOLYNN FRANCIS 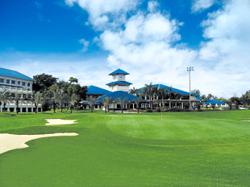 THE demolition of several ancillary buildings at the Runnymede property in Jalan Sultan Ahmad Shah in George Town, is accordance with the planning permission granted to a developer by the Penang Island City Council (MBPP).

State Local Government, Traffic and Flood Mitigation committee chairman Chow Kon Yeow said the planning permission was given in 1999 by MBPP on the site (lots 131, 132 and 133) for a mixed development proposal.

He stressed that however, the three-storey former Runnymede Hotel will be restored.

Chow was speaking to reporters at a press conference in Komtar yesterday on demolition works of theancillary buildings that were carried out recently.

Langdon said the buildings had heritage value and should bepreserved.

He also expressed his disappointment that nothing could be done to preserve the buildings.

Khoo added that now that the state has a conservation policy, it should review all existing approvals.

“See what else has been approved and make it transparent. This is why we are always asking for some transparency in planning. At least let the people comment and see what can be done.

“If we cannot prevent it, at least we can document it,” she said.