Penangites generally view that it is crucial to have an alternative public transport system for better convenience and savings.

A RECENT survey shows Penangites are calling for the government to implement the Bayan Lepas to George Town LRT in the soonest possible time frame to provide respite from the worsening traffic condition on the island.

Penangites are already counting the days when they can hop on the LRT to carry out their daily activities without wading through endless traffic jams and wasting time.

StarMetro took to the streets to find out Penangites’ grievances and views on the current inefficient public transport system in the state.

Zulkifly Razak Madon, 32, is an IT graduate and drives from Kampung Sungai Tiram in Bayan Lepas to inner George Town daily.

“I have to leave home in the early hours of the morning and when I am back, I get to spend only an hour or two with my children before they go to bed. The after-work congestion, especially on rainy days and Fridays, is especially bad.” 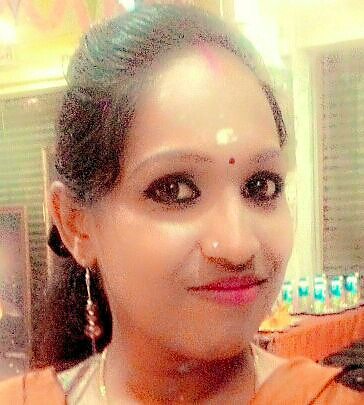 Esha: The rakyat are calling for the PTMP to be implemented urgently.

He spends an average of two hours on the road each day to send his two children to SMK Sungai Tiram before going to work.

He thinks it is really crucial to have alternative public transport for more convenience as well as savings in time and cost.

“I hear the LRT is coming and it got me excited. I look forward to the days where I can just buy a ticket, hop onto the LRT and arrive at my destination without worrying about traffic or finding a parking spot.

“In Kuala Lumpur, there are various rail-based (public transport) options such as the KTM, monorail, LRT and MRT but why not in Penang?” he asked.

Retiree Ong Tee Leng, 61, who frequents Komtar and Prangin Mall for his shopping needs, said he would need to leave home after 10am when the office workers are off the streets and try to finish what he needed to do in town before returning by 5pm.

“But now, the jams throughout the day is horrendous. I need to leave the city before 4pm, otherwise I will be stuck on the roads.

“The morning and the evening peak hours seem to be ‘extended’ and with the lunch hour crowd on the road, I am not sure if there is ever a good time to come to the city,” he said.

Asked if he supports LRT which is in the planning, Ong said it should have been in place a decade ago but better late than never.

With the recent talks on LRT, the fervour to improve the livelihood of Penangites is rising with some coming together to form groups such as Penang in TRANSIT (PiT) to speak on issues relating to public transport.

PiT’s spokesperson Esha Rishi, 33, said Penangites had been waiting for a long-term solution to the congestion issue.

“The public first heard about the Penang Transport Master Plan (PTMP) during the Penang Property Summit early this year and I thought it was a fantastic idea. We hope that PTMP will be implemented soonest possible to uplift Penang’s livability.”

Among PiT’s objectives is to gauge public perception on the implementation of the PTMP. The survey findings showed 97% of respondents agreed that Penang needed an urgent solution to its traffic congestion while 96% strongly supported the construction of LRT as it would benefit Penang in the long run.

It was reported that the first phase of the PTMP involving the construction of the Bayan Lepas-George Town LRT project is scheduled to take off in 2017.

Penang Local Government, Traffic Management and Flood Mitigation Committee chairman Chow Kon Yeow had said that the design and the alignment of the LRT would be finalised next year.

Balan Tirupati, 29, who lives in Kepala Batas on the mainland and travels daily to the island for work via the Penang Bridge, said an LRT and a new alternative highway were needed immediately.

“I believe the new LRT will also spur tremendous growth in the manufacturing, commercial, construction and tourism sectors,” Balan opined.