THE concept of reducing, reusing and recycling has been drummed into us since childhood by television jingles and schoolteachers.

But for the most part, the cause and effects of indiscriminate waste dumping seems largely unheeded in our day-to-day practices, leading to a rise in dengue cases and pests.

The critical situation has led to the Government authorising a mandatory “separation at source” plan under the Solid Waste Management and Public Cleanliness Corporation (SWCorp) for households to manage their waste disposal.

Implemented nationwide on Sept 1, except in Selangor, Penang, Terengganu and Kelantan, this raises the question of what materials are recyclable.

Statistics provided by Malaysian Plastics Manufacturers Association (MPMA) show that in Malaysia, approximately 90% of waste were going to landfills while recycling rate is less than 10%.

Many other Asian countries, including Taiwan and Hong Kong, have recycling rates that either touch or far exceed the 50% mark.

Plastics and polystyrene have for many years been a contentious subject due in part to its use of natural resources such as oil and natural gas moulded through a chemical bonding process called polymerisation.

Approximately 4% of the world’s crude oil is used to manufacture plastic products in comparison to 45% for transportation and 42% in the production of heat, electricity and energy.

Though we know traditional materials such as paper, glass and plastics can be recycled, a common misconception is to overlook the recyclable properties of polystyrene as well as to view plastics as hazardous waste.

However, little is known of the industry as a whole and its importance in the field of medicine and safety through hygiene.

Food waste constitutes 50% of domestic waste in Malaysia, while plastic packaging constitutes less than 4% of all municipal solid waste by weight.

Malaysian Plastics Forum education and awareness chairman Ahmad Khairuddin Sha’aban said plastics were also less harmful in landfills because they stayed inert, a form of carbon capture that did not contribute to toxic emissions.

“There has been evidence of mummified papers that have not degraded because it’s been buried in the landfill for years.

“Single-use plastic is not just for convenience but also an issue of health, safety and hygiene for consumable items, and especially in the medical field such as blood bags.

“Almost all conventional plastics are recyclable and can be recycled again and again but those that are not, have an energy value that can be recovered through waste-to-energy incineration,” Ahmad explained.

He said the recycling industry was a profitable one, though low-key in Malaysia.

He cited as example, plastics had a high calorific value, which meant it was a good fuel source.

According to MPMA, a pound of plastic has the ability to produce twice the amount of energy than some coals, and almost as much energy as fuel oil.

While contemporary air pollution control devices remove potentially harmful particulates and gases from incinerator emissions, with energy from the heat used to generate steam or electricity.

As plastic products are made up of different raw materials known as resins, most products have differing melting points.

A seven coding system (the triangular recycle symbol with numbers at its centre) is used to assist recycling centres in the segregation of plastics by identifying the types of resins used and whether or not the plastics are recyclable.

“The collection method must be overseen because people are willing to separate, but collectors end up dumping the separated items into one garbage bag.

“Enforcement among households is also needed to a certain extent because we are still in the transitional period of learning how to properly segregate waste.

“Right now SWCorp has not mentioned households segregating plastics according to coding, but this is happening in countries with more advanced recycling efforts such as Japan because the people there are more aware of it.

“But as long as we as consumers at least start with separating organic waste from recyclable materials such as plastic and polystyrene, it’s an achievement.

There is also a need to emphasise the importance of separating organic waste and rinsing out recyclable items because in the case of plastics and polystyrene, contaminated materials becomes less valuable because of its properties at a molecular level could become weaker.

“Recycling has an economic value and should be seen as such, with grants or loans for those in the waste industry because they are not able to obtain it as the materials are not end products,” said Sri Umeswaran, underlining a holistic approach.

Ahmad said that rather than burdening the public, brand owners should also be roped in as part of the value chain because of the huge role they play in the collection system of their products for recycling.

“It is a concerted effort to inculcate caring for the environment,” he said.

Running campaigns and school programmes since 1997, MPMA made several efforts advocating the recycling with its most recent being the “Don’t be a Litterbug” litter-free Ramadan campaign to educate traders on managing waste.

The association is now collaborating with local authorities and SWCorp for the “separation at source” initiative.

IPC Shopping Centre has been diligently carrying out its own recycling efforts since June 2009, involving all 180 of its tenants in the process and encouraging visitors to do the same through the Recycling and Buy-Back Centre.

The centre acts as a collection and waste segregation point, offering buy-back prices at a minimum of 1kg for six commonly found household and retail business recyclable items.

These include cardboards, newspapers, magazines, plastic, aluminium as well as metal, and at the same time providing proper handling in the disposal of used batteries, light bulbs and compact fluorescent lights.

The top three buy-back items sent in by the public are magazines, with an average monthly volume of 1,800kg, newspapers (1,500kg) and plastics (250kg).

Centre marketing manager Karyn Lim said everything began with IPC’s thought on how to better incorporate sustainable operations at the mall in managing the waste generated by the many tenants.

“The buy-back centre operates at its own cost with any revenue received, reinvested into the centre to improve our recycling services and other sustainability efforts.

“We also use it for handling fees of certified specialist subcontractors who know how to recycle specific materials using bulb-eater machine, which crushes the bulbs, coated with neutralising chemicals then sealed in cement.

“These are then passed over to Kualiti Alam Sdn Bhd to be placed in a certified landfill,” she said.

“There is a machine to segregate metal and chemical waste but our people have to manually separate paper, plastic and glass.

“We are appealing to the tenants’ green side and their economic sensibility so we have to show people the benefits.

“I believe that it’s not just in Malaysia now, but the world has to see how we can start to recycle everything, and it is the producers and consumers who decide that,” he said.

With 176 bright yellow collection bins scattered around the Klang Valley, Community Recycle for Charity (CRC) compiles then separates anywhere from 100 to 150 tonnes of recyclables a month.

As volunteers scour cities and towns daily to collect from at least 30 to 40 bins, their job is but halfway done.

The centre separates waste according to the traditional paper, plastic and glass, as well as electronic items.

The electronics are sent to specialists to disassemble for their profitable parts, with any revenue received from the specialists used to benefit homes for the underprivileged.

CRC founder Datuk Joe Chong, 31, started the organisation in April 2009 with a primary focus on educating the public about recycling, besides charity work.

“About 15% of the items we collect are bulk waste, with a disposal rate of about 30% of waste that cannot be reused.

“Items that can be reused such as furniture are given to charity homes upon request but a lot of things collected are not reusable.

“We are working with local authorities for a special dumpsite to properly dispose of unsalvageable rubbish.

“I think the trouble is that a lot of people have the heart to donate, but don’t know what items are recyclable or what charities need and can use.

“About 60 to 70 tonnes of the recyclables we collect are clothes, way too much for welfare homes to use so we can only give these away to be reused as cloth for cleaning,” Chong noted.

To-date, CRC has assisted approximately 100 or more homes in this way on a rotational basis.

“We also have a pick-up service for bulk items that still work, so they can be sent to homes in need,” he said.

To Chong, goodwill is paramount, believing in the generosity of people and cultivating a willing nature rather than enforcement in the separation of waste.

He also urged the Government to involve NGOs more in their efforts to instill greater practice of recycling.

But an issue that constantly crops up – one that all three organisations agree upon – is the need for education in terms of waste segregation for our society to evolve a First World mindset.

While there are many campaigns highlighting dengue, pest problem and littering in cities, it takes individuals moving in a conscientious direction, one little step at a time, for a successful outcome. 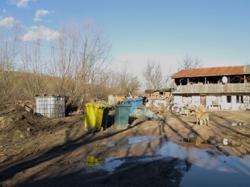 Romania buckles under its own garbage, while importing waste for recycling