IN CONJUNCTION with DiverseCity 2015: Kuala Lumpur International Arts Festival, two countries came together to put on an interesting show.

Held for four nights at the Kuala Lumpur Craft Complex by the Malaysian Institute of Translation & Books (ITBM) and Kraftangan Malaysia, the audience was taken on a journey with Ramayana, who went to Japan to look for a wife after dreaming of a Japanese princess.

Even though shadow play is an ancient form of entertainment, the show was given a modern touch by including some pop culture references which drew laughter from the audience.

It was also interesting to note that while the Kelantanese shadow play uses leather puppets with various characters and edo ito ayatsuri ningyo uses marionettes to create human-like movements, the two forms went well together. 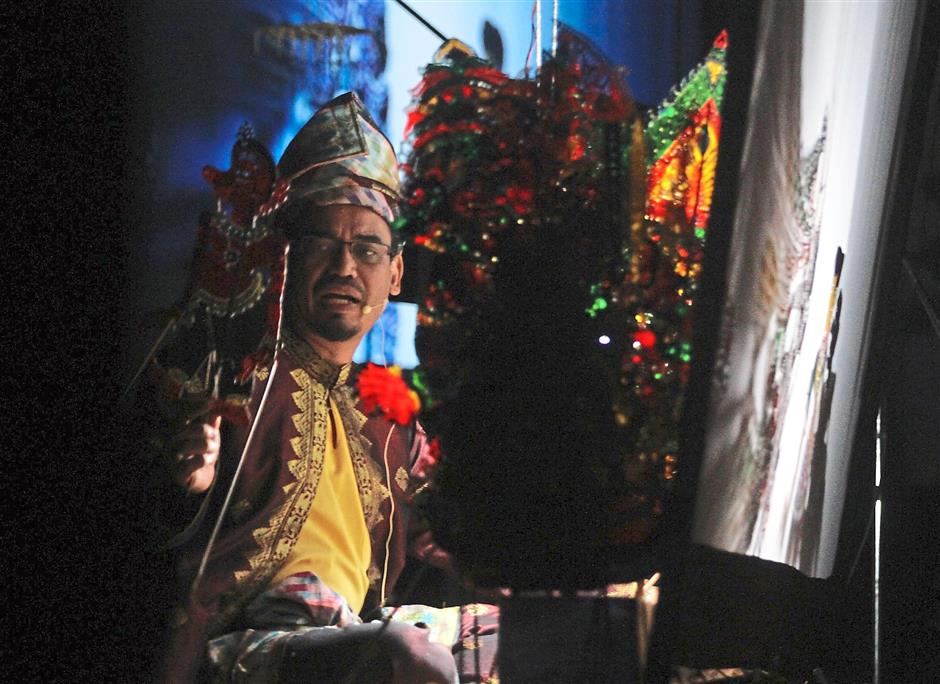 Roslan, the ‘tok dalang’, heading the shadow play team behind the screen.

The highlight of the show was when the Japanese princess marionette, after agreeing to marry Ramayana, went behind the screen and turned into a shadow puppet, to show that she had gone into Ramayana’s world.

“Even though times have changed, it is still important to use the Kelantanese dialect so that the tradition will be maintained,” he said.

Similarly, the princess in the story spoke Japanese.

It mattered not that the audience was unable to understand Kelantanese or Japanese as there was a flow to the story.

The audience was also treated to a mix of traditional Malay instruments such as the serunai (flute), gendang, gedombak and geduk (drums), kesi (finger cymbals) and canang (gong).

DiverseCity 2015, which runs until October, is a performing and visual arts event featuring dance, literature, comedy and music.