Taiji with a touch of martial arts

(from left) Chief Master Li Tianjin, who is one of the 12th generation lineage holders of the Chen-style Taijiquan, Iron Lady of Taiji Master Yan Sujie and Master Li Junjie will be teaching the one-month long lessons at Chin Swee Temple. Sia Hong Kiau/The Star

Those who want to experience Chen-style Taiji, which is regarded as the original taiji version, will have the chance to do so this month.

Teaching the month-long lessons are Chief Master Li Tianjin, who is one of the 12th-generation lineage holders of the Chen-style taijiquan, Master Li Junjie and the “Iron Lady of Taiji” Master Yan Sujie.

TZY president and Ma’s personal assistant Chen Wei said this was a good opportunity to introduce Chen-style taiji to Malaysians.

“We would also like to introduce Chinese traditional medicine and other Taoist traditional health-preserving techniques here,” he told the media on the training at Chin Swee Temple.

Chen Wei said the form of taiji they were teaching was different from the ones locals practised at playgrounds. 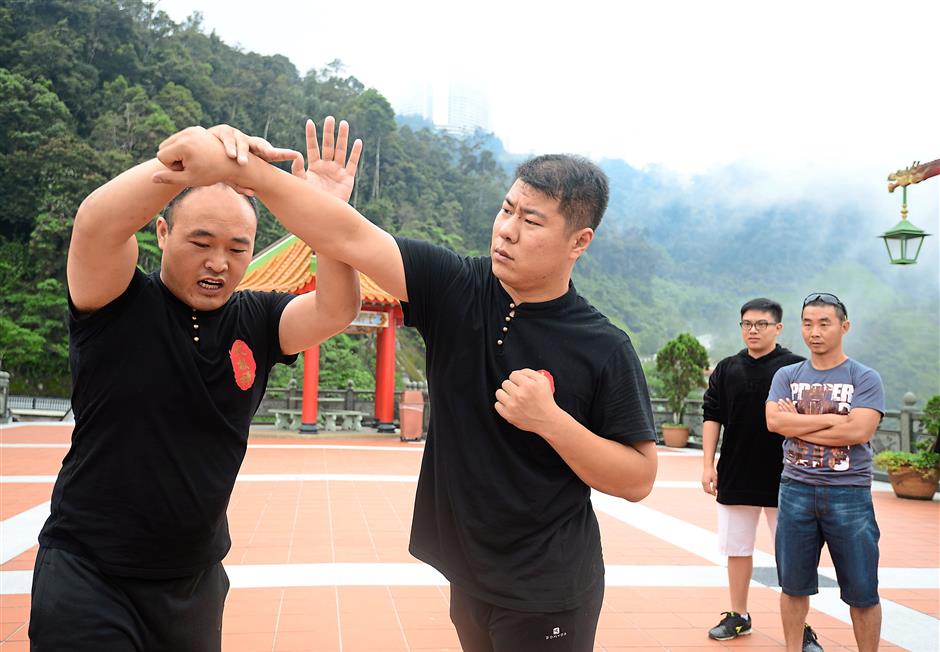 Li Tianjin showing how moves from Chen-style Taiji can be used in self-defence.

“It is similar to the Yang-style of taiji, which is to relax the muscles in the body. Chen-style taiji features elements of martial arts,” he said.

He said taiji was unlike western medicine which treated illnesses on specific parts of the body only.

“Taiji is for the whole body system as it enables the body and mind to work together in the best manner.

“When a person has enough yuan qi (the positive qi in the body) in the body, they will feel healthy.

“It is just like how we cook rice. Yuan qi is like fire. When fire is weak, it takes a longer time for the rice to be cooked. When your yuan qi is strong, it will improve your physical performance,” he said.

The lessons include self-defence instructions, eight-movement (basic) and 24-movement (intermediate) lessons, all based on the Chen school, regarded as the original taiji version.

Chen-style taiji began more than 300 years ago in Henan province, where Shaolin kungfu has its roots.

Resorts World Genting sales and marketing senior vice-president Rocky Too said there were other branches of taiji, but most came after than the Chen style offered by Taiji Zenyun, which features martial arts together with wellbeing.

“Having the programme here offers health enthusiasts not only the opportunity to learn from the grand masters but to also be certified. 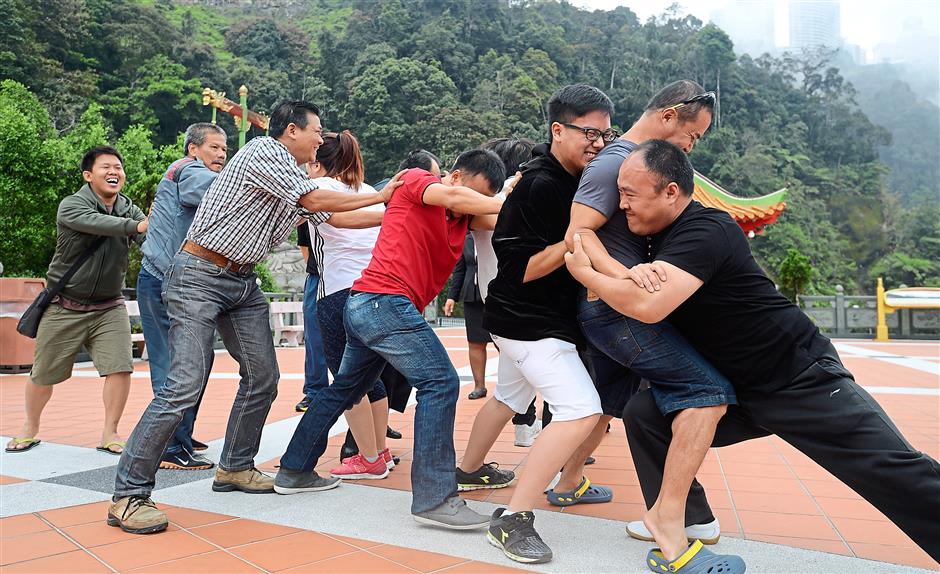 Chief instructor Li Tianjin (right) demonstrating how Chen-style Taiji can be used to maximise one’s strength to the point of being able to push against 10 people.

“In addition, the weather and cool air here will make it a total wellness experience,” he said.

Meanwhile, Yan said she was a sickly child and when she hit 30, she would often faint and fall.

She suffered from low blood pressure and low blood glucose as well.

“I ate a lot of supplements but it didn’t help because my yuan qi was not sufficient,” she said, adding she also took a lot of medication.

She said after three years of practising taiji, she managed to stop taking medicine completely.

There is also special room packages at the Chin Swee residence which includes experiential classes, stay and breakfast, starting from RM110 onwards. For details, call 03-2179 1886 or visit www.rwgenting.com