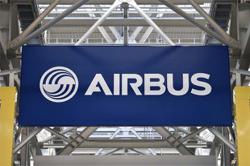 Expansion mode: Teo says 26 new openings are in the pipeline.

Twenty-six new openings are in the pipeline, according to Raymond Teo Kiew Leong, executive director of Borneo Oil Bhd, which owns SugarBun.

He said the planned new restaurant include one drive-thru outlet in both Sarawak and Sabah, the first of its kind to be introduced.

At last count, SugarBun has 76 restaurants in Malaysia, with most of them located in Sarawak’s major and secondary towns, including 15 set up in the past 12 months. There are 10 more restaurants abroad, including in Brunei, China, Australia and Bangladesh, bringing to total 86 outlets.

Teo said the group’s fast-food & franchise division had maintained its record of continued improved performance and had upgraded its research and development (R&D) activities.

“The division is also focussing on other important supporting key areas to enhance its already established business models in the implementation of new internally-generated systems featured primarily on its efforts to ensure better control and transparency of franchised outlets sales. At the same time, it is to provide the best services to customers, strict compliance of the standard of operation prodecures (SOPs), rewarding deserving employees and franchisees for their good performances as well as analysing feedbacks for improvement.

“The SugarBun menu innovation which continues to be an integral part of the growth with successful launching of new evolving menus is the result of these continuing initiatives,” he added.

Teo said to complement the fast-food division’s overall earnings, it had secured a master licence for a Singapore-based pizza chain – Pezzo – for Sarawak and Sabah.

Several Pezzo kiosks have opened for business, and Teo said at least another 15 kisoks had been planned for opening by December, this year.

The improved performance of the fast-food and franchise division and the new venture into gold mining activities in Pahang had contributed positively to Borneo Oil’s first quarterly results ended April 30, 2015. Group revenue jumped by 40% to RM14.6mil from RM10.2mil in the previous corresponding period, and the group returned to the black with pre-tax profit of RM525,000 from pre-tax loss of RM1.6mil previopusly. Earnings per share was 1.41 sen against losses of 0.72 sen previously.

In explanatory notes to its latest financials, Borneo Oil said the fast-food & franchise operations remained the key contributor to both group’s turnover and earnings, with the segment’s revenue grew to RM9.6mil from RM8.4mil in first quarter last year while pre-tax profit climbed to RM865,000 from RM674,000.

The group is expected to commence mining operation in a second area in Pahang in the current quarter. It was appointed sub-contractor to carry out prospecting, exploration and mining of alluvial and lode gold in Mukim Batu Yon, Hutan Simpan Hulu Jelai and Bukit Ibam.

According to Teo, Borneo Oil’s next new venture would be to process palm oil wastes and biomass by-products into bio-fuel, bio-char and bio-gas.

The company, in collaboration with US-based Frontier Bio-fraction LLC, has been carrying out an indepth research over the past several years on the latter’s “vertrolysis process” which converts palm oil wastes and biomass by-products into bio-fuel.bio-char and bio-gas. A pilot plant is now in operation in Holyoke, Massachusetts.

“The research findings are very promising. The study is now in its final stage of evaluation, which include the setting up of a pilot plant in Malaysia by adopting the same Amercian technology process to local manufacturing,environmental and regulatory requirements.

“A pilot plant is expected to be established either in Sabah or Johore in the next six months,” Teo told Sarawak Metro.

He expects the plant to start with producing bio-charcoal as burning fuel before going into production of other products.