Phang (left) adding a fresh coat of paint on the sixth floor. Looking on is Nor Sahura Sahara (centre).

THE afternoon heat did little to deter the determination of over 20 volunteers who spent their Saturday afternoon painting and sprucing up the sixth floor of the People’s Housing Projects (PPR) block in Section 8, Kota Damansara.

Smeared with white paint on their faces and hair, volunteers from various shelter homes engaged in a gotong-royong organised by non-governmental organisations Friends of Kota Damansara (FOKD) and Agape Vision, along with residents of the sixth floor of Block B, PPR Kota Damansara in Petaling Jaya.

FOKD chairman Jeffrey Phang said that among their objectives was to turn the floor into a model floor for safety and cleanliness.

Phang hoped that they could change the littering habit through this exercise.

He added that beyond the gotong-royong, their aim was to inculcate a spirit of camaraderie among residents on the sixth floor.

During the gotong-royong, volunteers were seen painting, dusting and picking up litter. 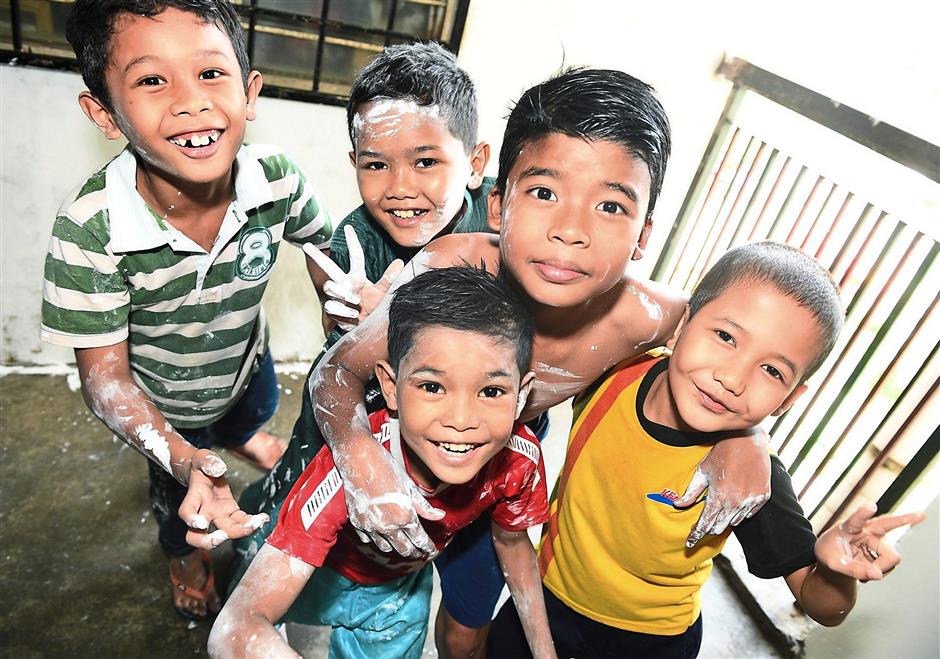 Children from the sixth floor having fun playing along the corridor during the cleanup.

While the volunteers were busy working, residents of the sixth floor were busy cooking for the them as they had invited them to buka puasa.

Phang highlighted that the staircases in some of the blocks had no railings, posing a danger to residents and their children.

He said welding works to attach extra bars to the railings on the sixth floor was under way.

Agape Vision vice-president Melody Leong said the volunteers were aged between 14 and 20 and that the project was a way for them to give back to society.

Leong said their community service project at the flats was part of their Youth Leadership Development programme that aimed to give youths the opportunity to participate in activities designed to develop their leadership skills, build confidence and self-worth, among others. 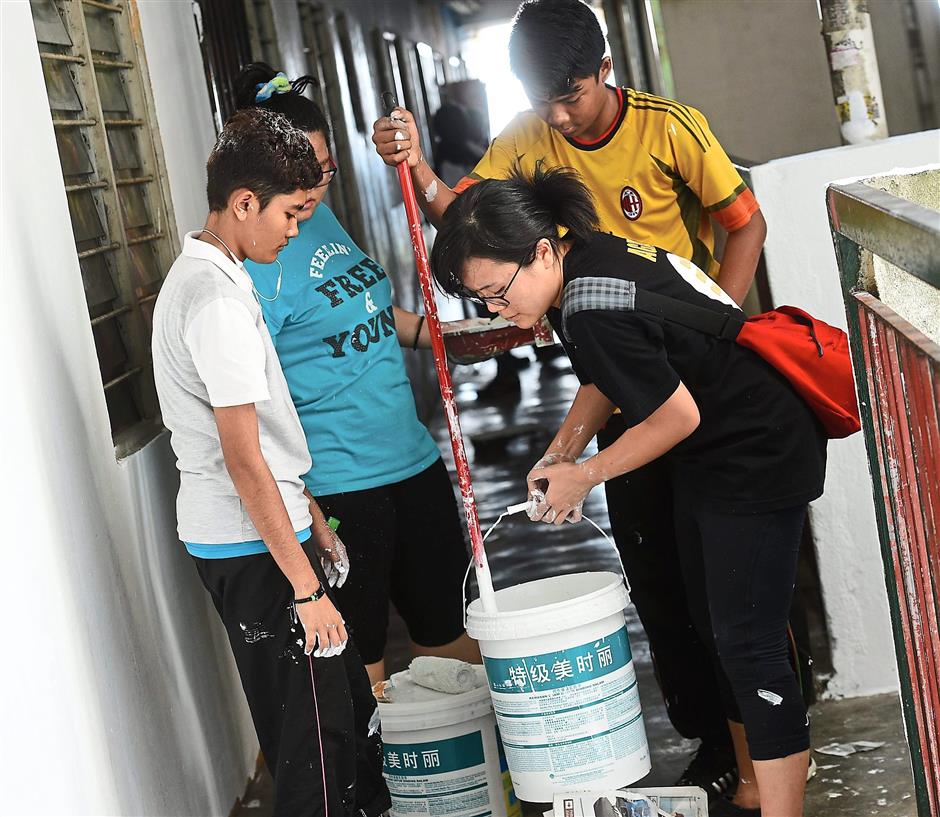 Phang said FOKD provided the paint and other supplies, which came to RM800, while the Petaling Jaya City Council (MBPJ) had previously given them plants which residents planted in their “Harmony Garden” in the common area on the ground floor.

One of the volunteers, Dinesh (not his real name), 16, said it was his second time volunteering at the flats and hoped to make a difference to the place.

Padmini (not her real name), 19, said it was important to help those who need it. She had participated in volunteer projects overseas through Agape Vision.

Diana (not her real name), 15, said despite fasting, she was still keen to help out in the project.

“Now that they have fixed the railings, it is much better,” she said.

Resident Muhammad Azhar Mohd Noor, 23, said that he was happy with the commitment shown by the volunteers and hoped the activity would be held on other floors and blocks as well.

“I hope the authorities will carry on monitoring this area,” he said, adding that residents did not want another repeat of the tragic incidents.

Nor Sahura Sahara, 35, the mother of the five-year-old boy who suffered the fatal fall in January, said the gotong-royong was a good initiative by the organisers.

Seeing the spirit and enthusiasm of the young volunteers, she said it was a good platform for residents to work together with the youths from various welfare homes.

“They can also learn about our customs in breaking fast,” said Sahura, as some of the volunteers were non-Muslims.

“I hope this gotong-royong initiative will be continued,” she said.

Phang hoped that residents on the other floors of the PPR would emulate the sixth floor, adding that FOKD would consider sponsoring again.