Arabian bazaar in aid of Permata

Exotic: Mona Alyami (right) from Taif, Saudi Arabia at her stall selling Arabian fashion jewellery, chocolate-covered dates and other traditional Arabian products that were flown in all the way from Saudi Arabia for the bazaar.

ELEVEN Arab countries participated in a charity bazaar and exhibition of Arabian products and folklore to raise funds for Yayasan Permata.

It was organised by the spouses of Arab ambassadors to Malaysia including Palestine, Egypt, Lebanon, Oman, Morocco, Kuwait, Libya, Saudi Arabia, Yemen, Qatar, and Sudan.

Yayasan Permata is the organisation behind the Permata programmes for gifted children endowed with high intelligence quotient.

Wife of Morocco’s ambassador to Malaysia, Aicha Bellati said the event was also organised in appreciation of the friendship the Arab countries had built with Malaysia.

“In return for the wonderful friendship Malaysia has shared with us, we are here today to introduce to you the culture of Arab countries and give you a glimpse of our cultural traditions and folklore,” she said. 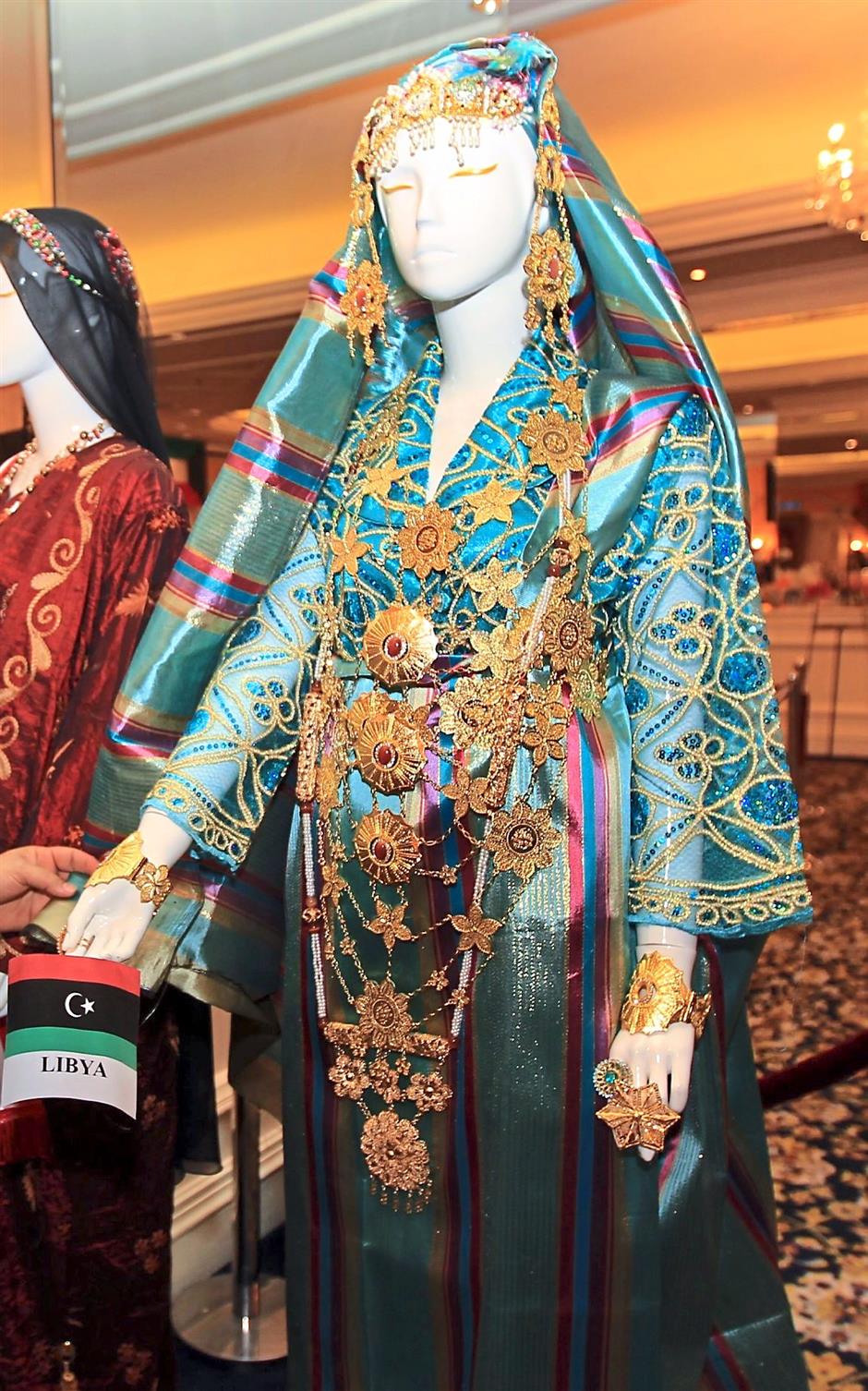 Gorgeous: A Libyan traditional wedding dress on sale at the event.

Rosmah was later accompanied to every stall to see the various traditional items displayed for sale from each of the 11 countries.

The items included hand-made scarves, clutches, bookmarks, abayas and papyrus, some of which were sewn by single mothers and widows in Palestine.

Arabian food and beverages such as chocolate-covered dates, Sudanese snacks, Palestinian tea, Arabian coffee were also sold at the bazaar.

Saudi Arabian Mona Alyami, 27, said almost all items were flown in from their respective countries for sale at the bazaar and were not available anywhere else in Malaysia.