KUCHING: The World Wide Fund for Nature (WWF) is working closely with the state government to address deforestation in Sarawak, including collaborating on systematic conservation planning to produce maps showing areas for priority conservation.

“The maps will also include wildlife corridors connecting Totally Protected Areas and fragmented forests across the state,” he said in a statement.

Through this systematic identification of priority conservation areas, he added, the remaining intact forests can be protected while areas designated for permanent forest estates can be fast-tracked for forest management certification.

He was responding to WWF’s recent 2015 Living Forests Report, which warned that Borneo was one of 11 places in the world projected to have the most deforestation in the next 15 years.

Dionysius said tangible actions were being taken to address deforestation in Sarawak and Sabah, with both state governments lending their cooperation and support towards initiatives such as enhancing protected areas, conservation spatial planning, responsible forestry and forest certification.

He said degraded areas which still contained vital conservation and ecosystem values could be restored by planting indigenous trees.

“The Sarawak government needs to accelerate gazetting its initial target of having one million hectares of Totally Protected Areas and six million hectares for Permanent Forest Estates, which are vital for biodiversity conservation and protection of ecosystem services.

“Sarawak must also ensure that these Totally Protected Areas and Permanent Forest Estates are managed properly and sustainably,” he said. 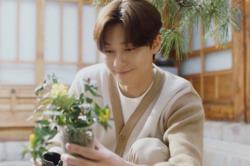