Shah Alam up against 44 cities for international award

Closer to nature: Cycling while admiring the beauty of Malaysia’s natural rainforest, is but one of the activities available at Bukit Cahaya Seri Alam agriculture park in Shah Alam. —filepic

THE Shah Alam City Council (MBSA) is competing in the finals of the “We Love Cities” campaign, organised by the Worldwide Fund for Nature WWF.

The council will be competing against 44 other cities from countries such as the US, Brazil, Spain, Finland, Thailand and Indonesia.

Apart from MBSA, the Petaling Jaya City Council (MBPJ) has also successfully clinched a spot in the finals.

The “We Love Cities” campaign aims to encourage community participation in the implementation of Green Environment or “Go Green” practices and sustainable development carried out by their respective local authorities.

It also aims to encourage people around the world to support their local authorities in promoting a green environment.

This was in conjunction with the World City Planning Day, surpassing 151 other local authorities in Malaysia.

The city continues to uphold its sustainable reputation by organising green initiatives such as turning cooking oil into fuel, helping people recycle kitchen and garden wastes, planting 80,000 trees a year, and campaigning to raise public awareness and educate children on green issues.

MBSA also promotes a healthy lifestyle and minimises the release of carbon monoxide by building bicycle paths and jogging tracks in neighbourhoods and around the city centre to discourage the use of motor vehicles.

All these activities draw community involvement to help develop Shah Alam into a sustainable city and it hopes to be recognised during the upcoming National Earth Hour Capital Awards, which will be held on April 9 in South Korea, in conjunction with the ICLEI World Congress.

The international jury will review development plans for building, transport, energy and food systems — solutions that will make a city greener and cleaner and improve living standards for residents.

With that, MBSA hopes that the public, especially Shah Alam residents, will show their support by voting for the council at www.welovecities.org/shah-alam

The public can also upload pictures of tourist sites, places of interest, landmarks and buildings in Shah Alam on Instagram with the hashtag #weloveshahalam 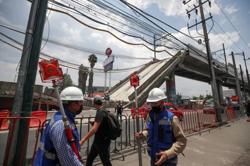