Out in the field: Ong (right) and Project Rimba volunteers (from left) Nurul Fitrah Marican, Vanessa Ting and Thary documenting the plants in Section 12.

SOME six hectares of land in Section 12 adjacent to Universiti Malaya (UM) has over the years turned into a biodiversity haven.

The land has some 30 abandoned bungalows that were once occupied by the professors and lecturers who taught at the university in the 1970s, with the last occupant having moved out in 2011.

In 2012, plans were announced to convert the site into a Health Metropolis under the Federal Government’s Economic Transformation Programme.

The RM1.25bil project is not yet approved by the Selangor government which is waiting for details requested from the developer.

Meanwhile, seeing the wealth of flora and fauna thriving in that little corner, a group of mostly first-year undergraduate students from the Science faculty and several UM alumni researchers carried out the Rimba Section 12 Project to identify and record all the species here including plants, insects and semi-aquatic frogs. 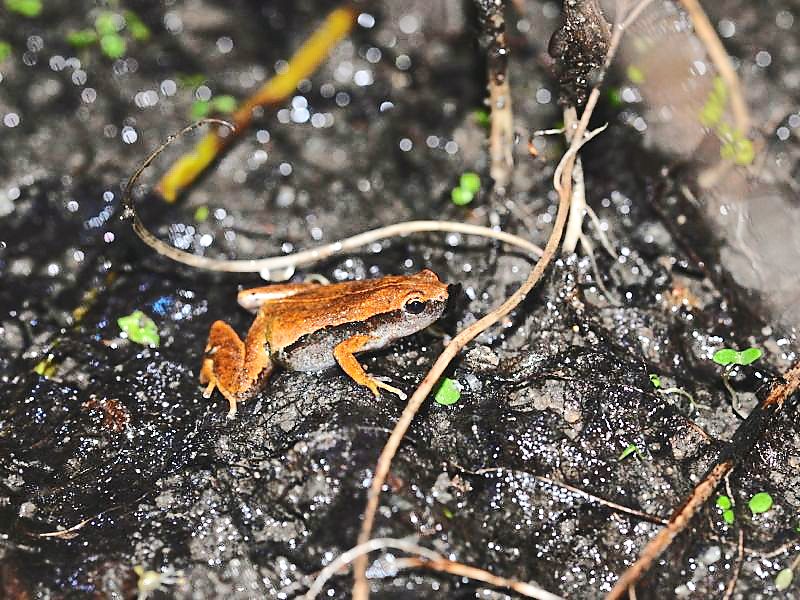 Tiny but loud: The Dark-sided Chorus Frog (Microhyla heymonsi) is barely the size of a fingernail but has a rather loud, quack-like croak. — Photo Courtesy of Rimba Section 12 Project


The research, under the guidance of UM Development Office’s Prof Faisal Rafiq Mahamd Adikan, is done with help from UMCares which comprise the Community and Sustainability Centre, Rimba Ilmu botanic garden, UM’s Zoology Museum and the Sustainability Science Cluster.

Rimba volunteers took StarMetro on a tour of the area; the shady old trees, chirping birds and colourful sightings of butterflies made a picture of serenity.

One of the research team leaders, Benjamin Ong said the Rimba project documented some 386 trees from 47 species.

He said about 88% of the trees had medicinal or commercial value.

“Among the larger tree types are Ficus Benjamina, Cyrtophyllum Fragrans and Pterocarpus Indicus.

“During our night research we discovered owls, bats and uncommon fireflies species which only breeds in clear water. 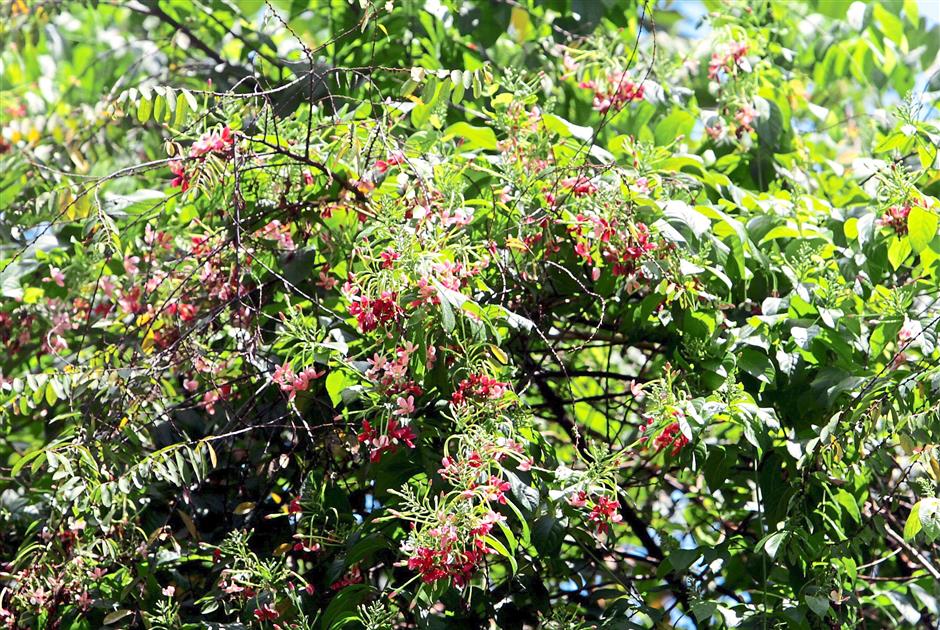 
“This type of firefly, from the genus Luciola, is solitary unlike the riverine ones found in Kuala Selangor which are from the genus Pteroptyx,” he said.

Even the house compounds with layers upon layers of dried and decomposing leaves are sustaining its own miniature ecosystem.

“When the leaves decompose they form layers of nutritious food source that attract snails.

“These snail larvae together with a constant source of clear water attract fireflies and dragonflies,” said Ong.

He said fireflies were an indicator species for the health of the environment, as they were among the most sensitive species and susceptible to diseases and pollution.

“As they are also an integral part of the food chain, they show whether other species can survive in the area.

“Only fertile soil attracts this type of firefly, besides the dragonflies,” he added.

“Due to their short life cycle, butterflies are affected more rapidly by environmental changes, compared to birds and plants.

“Many species have specific larval food plants and close reliance on weather and climate conditions.

“Different species have different habitat types such as garden, forest-edge and primary forest. 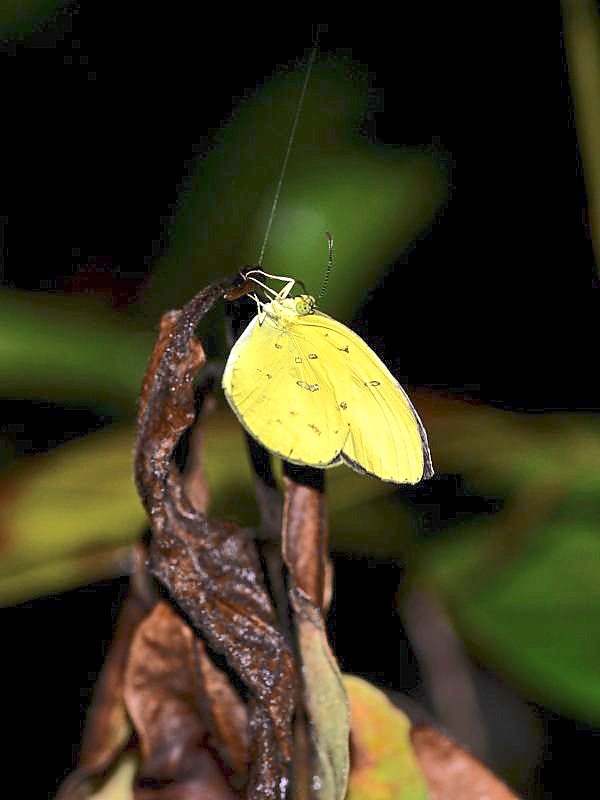 
“Some 15 species of butterflies found in Section 12 favour all these habitats, hinting at the forest potential of the area.

“We found various types of butterflies and identified a number of forest-edge and primary forest species.

“This proves the suburban Section 12 site can rehabilitate itself into a healthy forest ecosystem.

“These forest species butterflies need shade and this area has all the qualities,” said Ong.

Another indicator species are frogs, and Section 12 has attracted various types, indicating that the area is a high “water table,” meaning the ground is saturated with water.

“If this area is flattened and covered with tarred roads, we will lose out in many ways besides the natural shade, fresh air and all the flora and fauna,” Ong pointed out.

Ong believes it is possible to conserve the little pockets of “city forest.”

“We have such rich wildlife on these six hectares.

“We only had a month to do the research and we manage to find so much. If we had more time and more experts on board, we might discover more species of flora and fauna.

“We have not done any research on the different types of bug and forest flies.

“I am sure they are in abundance here,” he added. 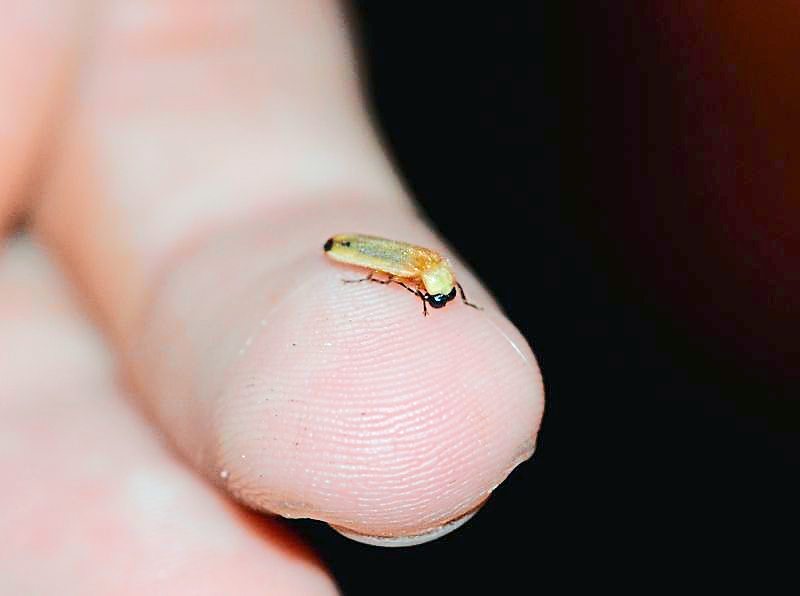 
Ong and the rest of the team have embarked on seedling process to safeguard some of the tree species such as the saga tree, Rangoon Trooper and Bintagar Laut.

“The Bintagar Laut is currently being researched for its potential in HIV treatment,” he said.

The group hopes the place can be converted into an educational centre for secondary forest.

“The abandoned houses can be restored and either rented out or used for other purposes instead of being demolished.

“If the commercial development plan does take place, we hope the large trees and some of the rare old bungalow architecture will be retained,” Ong said.

Alongside conserving the natural environment, 12 employees from the UM Landscape Department and Nursery had carried out their own project to recycle some of the materials and items from the abandoned houses.

The timber walls and roof parts were used in building mini huts and bridges at the site, while pots and lamp covers were turned into decorative pieces.