New appointees expressed their wishes to focus working on improving new areas while the incumbents pledged to solve long-standing issues.

The MPAJ line-up of councillors for the 2014/2015 term has been filled with the swearing-in of 11 councillors yesterday.

The council members now comprise 11 councillors from PKR, while DAP and PAS are represented by six and seven respectively, totalling to 24.

The two new faces are Nor Hayati Haron and Lim Tim Chai.

Nor Hayati, 58, is a former nurse at University Malaya Medical Centre (PPUM) with 32 years of experience.

“As a long-time resident of Taman Saga in Ampang, my main concern has always been the cleanliness of the area.

“With my appointment as councillor, I hope to be able to tackle the growing concerns of illegal dumping and rise of dengue cases in whichever zone I am assigned to,” she said.

Meanwhile, businessman Lim, 56, said he would focus on infrastructure defects in his area.

“During conversations with the public, many complain about pothole-ridden roads as well as cleanliness issues,” he said.

Council president Abdul Hamid Hussain said a meeting would be held soon to decide on the areas each councillor would be looking after under the zone resident committees (JKP).

“Wherever possible we will maintain the former councillors at their own respective JKPs because they have built a rapport with residents,” he said.

A total of nine councillors were sworn in yesterday, including first-timer Nermala Dewi Muthusamy who has pledged to work on the rubbish problem in the Sepang district.

“I am looking forward to my new appointment and I hope to serve the residents under my care,” she said.

Baharudin, who had served for the past three years, said he would continue to help residents of the high-rise buildings in Putra Perdana to instal individual water meter.

“At least 70% of residents in Putra Perdana live in apartments and they have been petitioning to convert to individual water meters from bulk meters,” he said.

He added that so far, 30% of the residents had managed to convert to individual water meters.

Returning councillor Wong wants to focus on Bagan Lalang and how MPSepang could work to make the area tourist-friendly with cleaner food courts at the beach and drains that are free from rubbish,” he said.

“A councillor’s job is not only to receive complaints from the residents, but also be responsible to deliver the message from the state government to the residents,” he said.

Two new appointees in the mix were Sugumaran Annamalai (Sections 8, 14 and 51A) and Wong Yuet Leng (PJU 1, SS25, SS4), with the latter increasing the number of MBPJ female councillors now to four.

Both said they had much to learn from the “seniors”, and hoped to do a good job of serving Petaling Jaya ratepayers.

“As I am new at this position, I will need to focus on the basics like hygiene and roads.

“But given the spread of the dengue fever, and acting mayor Puasa Md Taib has also asked us to focus primarily on this, I will have to start looking at the hotspots in my zone,” said Sugumaran after his swearing-in and first full council board meeting yesterday.

Two more councillors’ posts have yet to be filled, meaning areas without councillors areZone 4 including PJU 1A, PJU 2 (Taman Perindustrian Jaya), and PJU 3, and Zone 5 (SS21, SS22, SS22A). 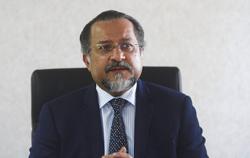