IT was a special day for three siblings from a Malay family when their teams clinched the top three places at the Prangin Mall Traditional Lion Dance Penang Championship.

The siblings, who go to SJK (C) Poi Eng in Gertak Sanggul, are the troupe’s gong players.

“We have competed in many lion dance competitions around Penang.

“It’s still very special for us to win although we represented different teams,” said Mohammad Firdaus. 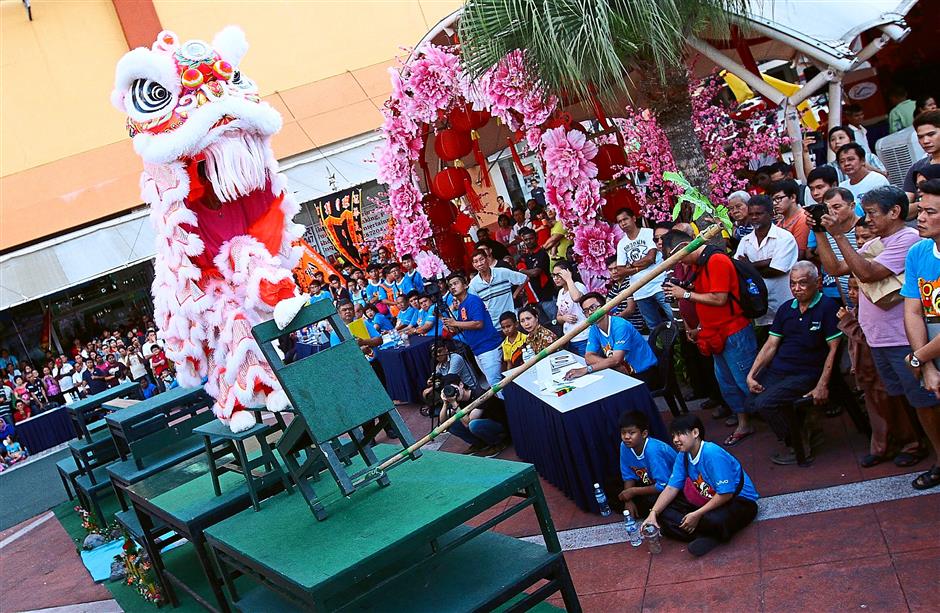 Roaring good show: The champion team from Penang Meihu Culture and Sports Association (Team B) wowing the crowd during the Prangin Mall Traditional Lion Dance Penang Championship at the mall’s outdoor Landscape A.

“I play football and sepak takraw too but there’s nothing like lion dance. It’s so exciting and fun to learn about another culture,” said Mohammad Firdaus, who is proficient in Mandarin.

Their mother Suzana Dhazak @ Razak, 33, said she enrolled the siblings in a Chinese vernacular school as well as the lion dance troupe to expose them to different cultures.

“This is what muhibbah is all about and they are also enjoying themselves,” she said.

The 12 teams competing in the recent championship were judged on various aspects including etiquette, theme, demeanour, music, choreography and skills, 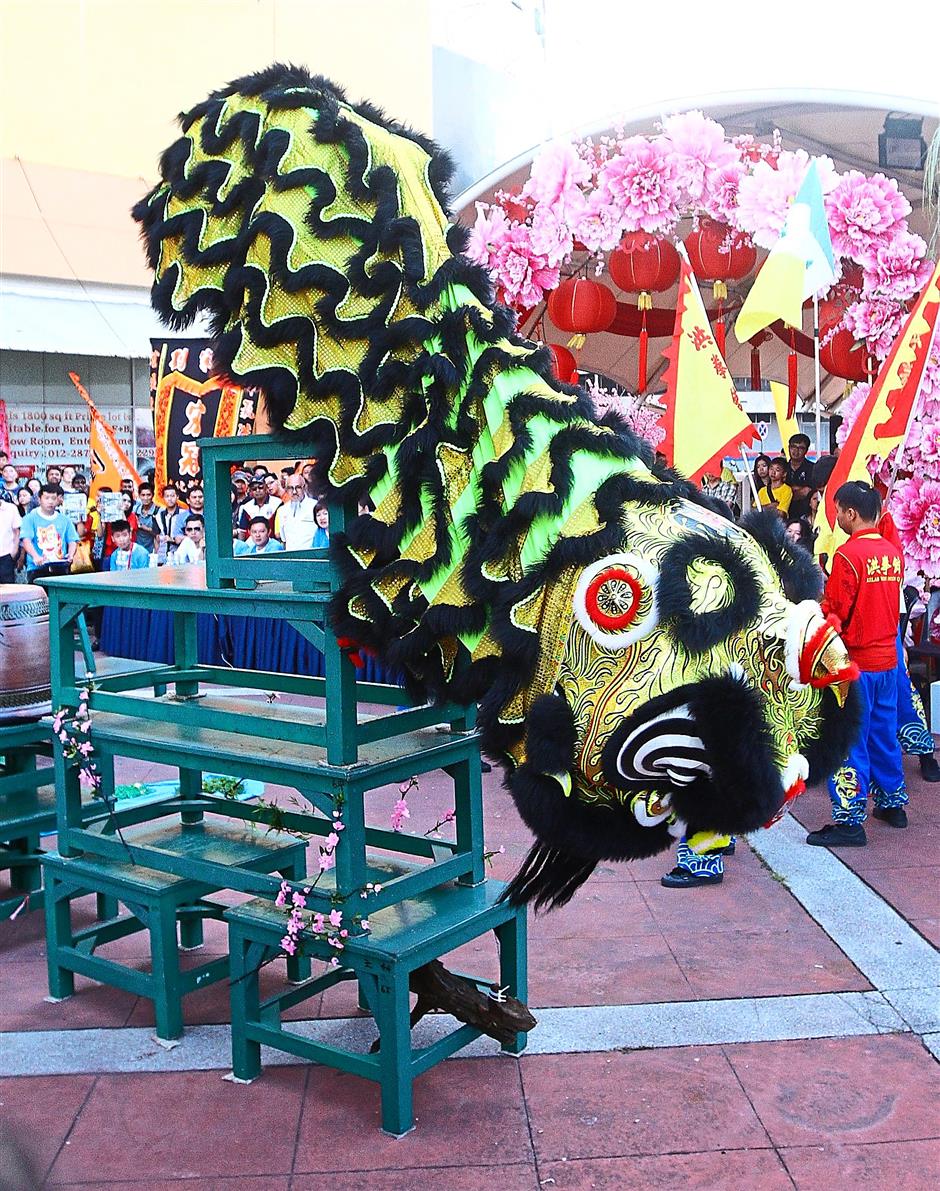 Nimble and quick: The team from Kelab Wushu Hoon Quan performing a stunt.

The two sites, in front of Atrium A and B of the mall, will be used as taxi and tour bus pick-up points.

“Currently, around the Komtar area, there’s no parking bay for tour buses,” he said, adding that the fee for each plot was RM7,500.