Talented DJ reaches for solace through a passion for music

Ancestral beats: Osunlade will show off just why he is so popular with a special appearance on the eve of Valentine’s Day.

AFTER kicking off 2015 with Dosem in January, Ohrwurm is back on the eve of Valentine’s Day, which also means there’s extra love all around and it is time to get those sexy feet dancing again.

The guys at Ohrwurm are proud to present one of the most respectable artistes in dance music, Osunlade of Yoruba Records, who will take to the decks at Nagaba KL on Feb 13.

Osunlade is an artiste who personifies art. His music as well as his being create unified melodies manifested with balance, life and wisdom. He hails from St Louis, Missouri, in the US, a place known for pioneering blues, ragtime and jazz as well.

At seven, Osunlade discovered the piano and the vision of his life’s destiny was born. By the age of 12, he had found an interest in creating songs. He later formed local bands, taught himself several instruments and studied further the development of his craft.

His professional journey began in 1988, when he was 17, during a visit to Hollywood. He quickly caught the ear of choreographer/performer Toni “Mickey” Basil, who offered him a role in the development of musical pieces for several projects including the children’s television series Sesame Street.

With her encouragement, he quickly moved to Los Angeles and began what would become a long history of music production.

A few years later, he would produce the very first album for the then independent Interscope Records. The artiste was Gerardo, a long time friend and aspiring actor/dancer.

Within the next years and more than 20 credited albums, Osunlade felt the pressures and practices of the music business overshadowed his passion for music. He decided to no longer work under the influences of corporate ideals and demands.

Choosing to find spiritual solace and honour his soul, he was led to Ifa, an ancestral based culture/religion based on nature, deriving from the Yoruba tribes of Africa and practised by the slaves during the diaspora to America.

In 1999, Osunlade would embark on what is now his dream come true — the founding of Yoruba Records.

Recognised as one of the most important dance music labels worldwide, Yoruba Records is purely a source of music created to elevate the soul.

As the success of the label grew, so did the demand for Osunlade. In 2001, he released his debut album on the respected Soul Jazz Records label. Paradigm quickly became one of the biggest house albums that year and they dubbed him the messiah of ancestral house music.

With the support of DJs worldwide, his music now introduced to a wider spectrum of listeners, this veteran musician/composer/producer becoming the artist finally achieved balance within.

Now known for his legendary DJ sets, remixes and fourteen albums including several mix CDs, Osunlade has placed himself on solid ground. His passion is in Yoruba Records and maintaining its reputation for unparalleled quality in music.

Admission (with one drink): RM50 before midnight / RM60 after midnight. 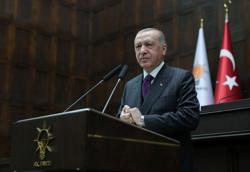