On a slope: SMK Ringlet in Cameron Highlands.

Palanivel said it would be better to rebuild the entire two-storey block, which until the middle of last year was used to teach living skills to its 650 students.

“I think it would be safer this way.

“Rather than just repair the cracks around the building and its uneven floors, the building should be demolished.

“Earth works must be carried out in order for a new building to be put up,” he said after inspecting the building on Saturday. 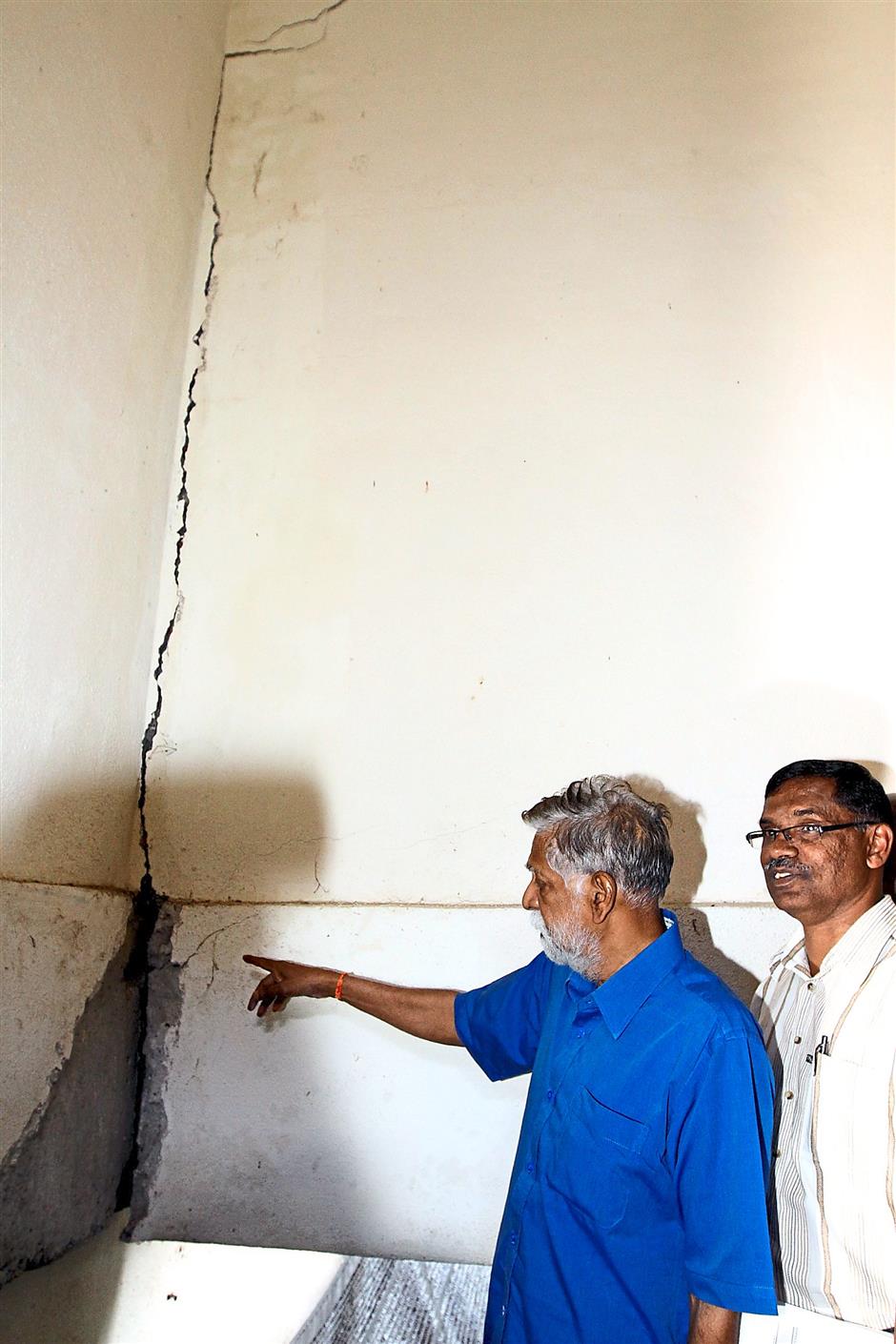 Damaged walls: Palanivel taking a closer look at the deep cracks which have appeared at the living skills block at SMK Ringlet during his visit to the school.

Palanivel said at present, the Public Works Department had approved a RM1.4mil allocation but the amount was only for repair works to be carried out.

“Since we are asking for the entire block to be rebuilt, I think a higher allocation of about RM3mil is needed,” he said.

According to a school official, the soil underneath the block had started to cave in due to underground water.

“Without the living skills block, our students cannot conduct much practical work.

“They have been relying on theory and have only been able to carry out small projects within their respective classrooms,” he said, adding that the school was established in 2004.