Band from the 60s still hitting the right notes

The Strollers started as a Shadows-type instrumental band in the early 60s and eventually morphed into an outfit that played at Stadium Negara with self-composed hits like Silly Joke and I Wanna Thank You.

These songs are now considered classics. Netizen Lee Sep Yen commented on YouTube, “I listened to the band’s song (Silly Joke) when I was a teenager in the early 70s and always loved to hear it on radio.

“Now, I am in my late 50s and still cannot forget this lovely song.”

The Strollers were signed to CBS records. The band’s only album, Waiting Is has been described as psychedelic and progressive.

Hussein Idris, 65, the band’s drummer who joined them in the late 60s and now plays with a new line-up of the band called The Strollers 2, recalled, “We had screaming fans waiting for us at the airport in Kota Kinabalu. It was crazy. It was like a sea of people, waiting.”

Back in the 60s, in Hussein’s KL home, before he became the drummer of the band, he used to watch The Strollers rehearse, as his brother Hassan was the rhythm guitarist of the band.

In 1969, drummer Ramli left and Hussein took over rhythmic duties.

“I watched the band rehearse so often that I knew all the songs. I was coaxed into joining the band. I was only 18 then,” said Hussein.

For the next few years, Hussein would complete The Strollers line-up of guitarist Nand Kumar (who stepped in to replace Jimmy D’Olivero ), keyboardist Michael Magness, bassist Billy Chang and guitarist Hassan.

Even the late guitar legend Terry Thaddeus (from The Teenage Hunters) joined them for over a year.

In the mid 70s, after many gigs at venues like the Federal Disco, The Federal Hotel and Tomorrow Disco, the Merlin Hotel (now The Concorde Hotel), the band split up. Hussein concentrated on running his family business.

“I didn’t even take my drum set with me. I never thought of playing drums again as I had enough. I wanted a different type of life,” he said.

He soon married and went on to have five children (one of them is Reymee Hussein of vocal group Innuendo, most notable for the 90s cover of Carefree’s Belaian Jiwa.)

Hussein wouldn’t pick up the drums again two decades later until Chang called him to do a few one-off gigs in pubs in 1996. He began to feel the love of playing music again and four years later, a new version of The Strollers was formed.

The new line-up had Chang on bass, new members Adnan Hussein (on lead guitar), Azlan Shaharbi (on keyboard), Gerard Abisheganaden (on guitars) and singer Brenda Lee, who sang with Fredo and The Flintstones.

Since 2008, another version of the band has been formed, playing music from the 60s and 70s – The Strollers 2 with Hussein on drums, Casper Tan on bass and vocals, Adnan Hussein on guitar, Azlan Shaharbi on keyboards and singer Rizal Zain. All are in their 50s or 60s.

The Strollers 2 play songs from the 60s and 70s featuring The Beatles, The Bee Gees, The Eagles, The Rolling Stones, C.C.R., Santana, The Shadows, Cliff Richard, Rod Stewart and others.

“That’s what is expected from us. People want to hear melodic and sing-along type songs. If we start playing the current Top 40 songs, people will walk out,” he said.

The Strollers 2 play at the Cobra Club, Petaling Jaya, every Friday. 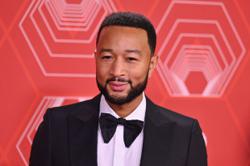