Traditional structure: The development will turn the settlement into a hub of Malay culture and economy while preserving all Malay heritage buildings.

KAMPUNG Baru, which will undergo a RM43bil facelift in the next 20 years, is expected to change Kuala Lumpur’s landscape.

Its development plan will turn the traditional Malay settlement into a hub of Malay culture and economy in the Greater Kuala Lumpur area while preserving all Malay heritage structures.

He said the Government was confident that the masterplan would generate real estate potential, encourage economic development as well as improve the residents’ well-being.

“The masterplan is expected to generate 46,237 job opportunities by 2035 particularly for Kampung Baru residents,” he said. A total of 121.9ha of land involving 1,355 lots with 5,300 landowners are involved in the grand development which had three phases separated into Zone A, B, and C.

Zone A is the lot amalgamation for individually owned land. It merges at least six lots or a minimum of 2,787sq m for the development of grade “A” buildings.

Zone B involved comprehensive redevelopment that focused on building sufficient facilities and infrastructure for the community and to provide quality living.

Zone C is called the Business Improvement District Scheme, where existing infrastructure, facilities and environment will be upgraded to act as a catalyst for more vibrant and active business activities.

The plan was drafted through several “turun padang” programmes attended by 4,304 people and 2,388 of them are landowners.

A total 88% of landowners who attended the programme agreed to the redevelopment. 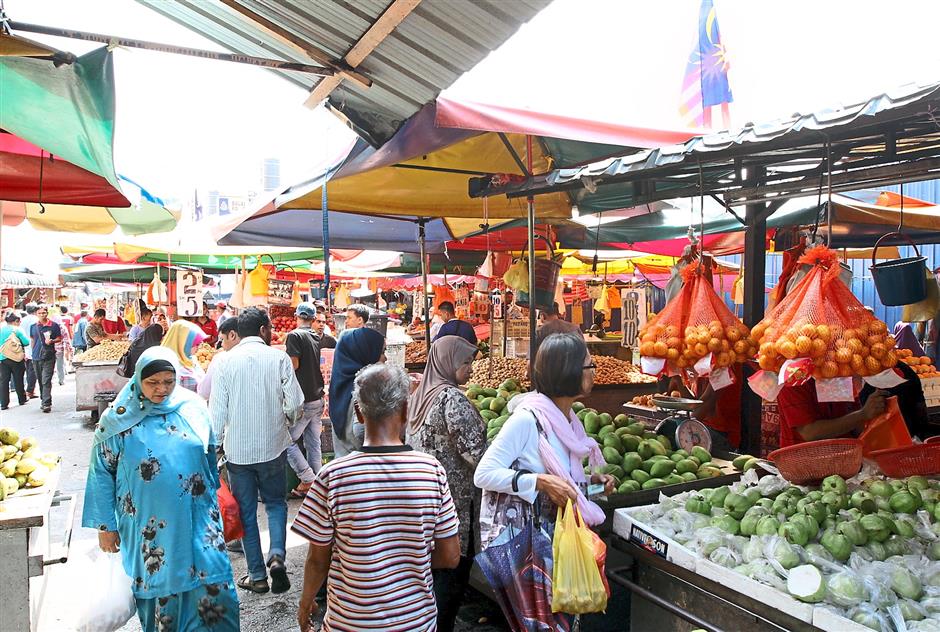 Busy spot: Shoppers at the market in Kampung Baru. — filepic

Kampung Baru Development Corporation (PKB) chairman Datuk Astaman Abdul Aziz said they would continue to do public engagement with the landowners about the masterplan.

“For the landowners who had not responded or agreed to the plan, we will continue to explain on the redevelopment plans.

“The scepticism from the residents towards the masterplan might come from previous failed attempts to develop the place.

“However, it is vital that they fully understand the plan before objecting to it.

“Currently, PKB will work with the Government to identify the landowners who had agreed with the plan to expedite the process,” he said, adding that the process was very tedious

The redevelopment plans are focused on three aspects, namely preserving its cultural element, green development with beautiful parks and landscaping as well as sustainable development from the economic, social and financial aspects.

He added that other plans included repairing the traditional Malay houses, maintaining the existing road names and upgrading community-based structures such as Masjid Kampung Baru and Kelab Sultan Sulaiman.

The masterplan generates about 8,361.2sq m based on the maximum plot ratio that is outlined in the 2020 Kuala Lumpur Draft Plan.

The number of residents are expected to increase to 77,000 compared to the current 18,372.

Roads will be upgraded and plans to add a Line 2 MRT station that cuts through the Kampung Baru will be part of the infrastructure upgrading plans.

The expected gross development value is RM61bil, generated by about 7.3mil sq m of residential and commercial development.