The 29th GSC multiplex features 10 screens with a seating capacity of 1,751, including 20 wheelchair spaces.

The three cinemas together provide 33 screens and seating capacity of 5,661 in the heart of Kuala Lumpur.

Built at a cost of RM21.5mil, the new cinema features a 280-seat THX-certified Hall 1 equipped with Dolby Atmos 3D sound technology to provide an immersive experience. Retractable: Hall 7 of GSC Quill City Mall is equipped with a retractable digital projector mounted to the auditorium ceiling.

Every aspect of the entertainment experience is taken into consideration for THX certification, which defines the quality and performance of the world’s premier movie theatres, while Dolby Atmos system heightens the impact of every scene.

“Being at the forefront of technology, we want to create the ultimate cinema experience and make it as convenient as possible for moviegoers,” said GSC general manager Irving Chee. 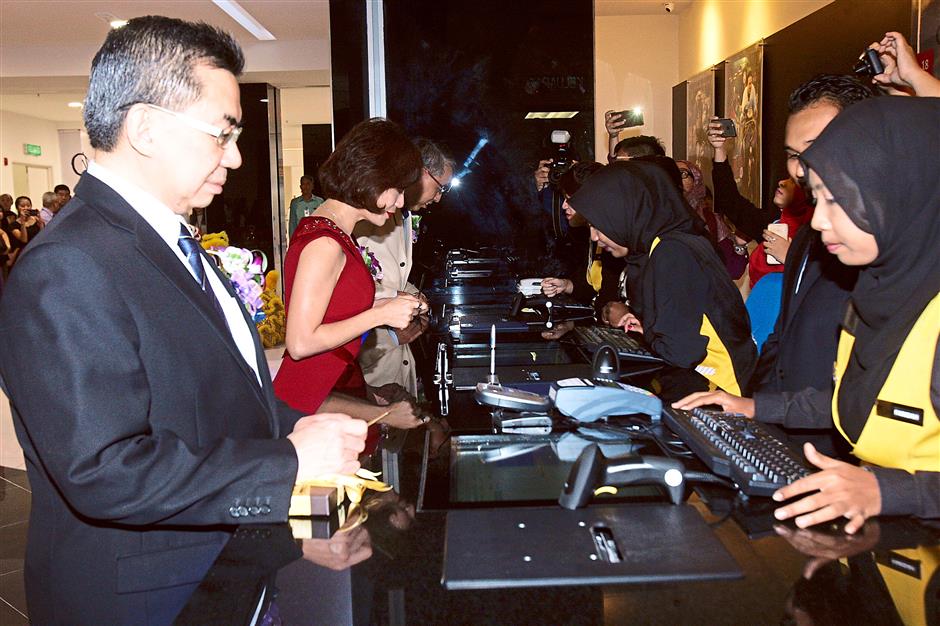 Out for a movie: (from left) Quill Group of Companies group executive director Datuk Michael Ong, Koh and Chee picking up their tickets.

Online ticketing and a concession facility are available for both Internet and mobile purchases via the GSC mobile application.

“We are in the midst of extending to more banks and further enhancing the connection speed for e-payment convenience,” added Chee.

In addition, GSC Mid Valley and GSC Summit USJ are being upgraded and the enhancements are expected to be completed within next year.