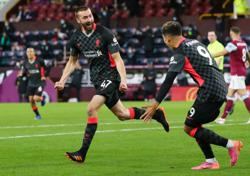 Klopp will have to rally his troops at Old Trafford tomorrow. — AP

IT is hard to see any light at the end of the tunnel for Liverpool at the moment.

The players’ confidence and morale will be low following two frustrating draws against Leeds and Newcastle.

If Jurgen Klopp failed to inspire his players against Newcastle and Leeds, what can he do against bitter rivals Manchester United?

The players are no longer playing to Klopp’s “heavy metal” football but producing laboured displays instead.

The German’s recent mantra is for his players to keep on trying and attacking but it seems to be like flogging a dead horse.

In the 1-1 draw against Newcastle, the Reds had 22 shots, three times more than what the Magpies had, but only nine were on target.

Liverpool’s failure to score goals is now proven to be damning as the Merseysiders will be well aware that their chances of a top four finish is diminishing by the week.

The once-feared trio of Sadio Mane, Roberto Firmino and Mo Salah are truly shadows of their former selves.

It is baffling to see how the prolific trio, who tore defences to bits last season and scored goals for fun, have been playing so poorly.

The Eqyptian may still have an impressive goal tally this season but all three are equally guilty of not clinically putting away chances to see off their rivals.

Man Utd, on the other hand, do not have problems finding the back of the net.

Except for the 0-0 draw against Leeds last week, the likes of Marcus Rashford, Bruno Fernandes, Edinson Cavani and Mason Greenwood are in good form and will prove to be a handful for Liverpool’s backline.

As we have seen in the matches against Leeds and Newcastle, Liverpool have twice failed to hang on to slender leads and have seen the opposition score equalisers in the dying minutes.

The Leeds’ goal was from a cross, while Newcastle scored after one of their players nodded down the ball from a long overhead pass.

Nathaniel Phillips was absent from both matches due to a hamstring injury and his aerial prowess was notably missed.

Phillips has also formed quite a formidable partnership with Ozan Kabak, picking up four important Premier League wins, with three of them being clean sheets.

The 24-year-old was not pictured during the training session in midweek and seems to be a doubt against Man Utd, which is a blow to Klopp.

Without him, it would mean that Fabinho will have to remain as the stand-in centreback and not play in his natural position in midfield.

And with no confirmed date of return, Phillips will be sorely missed to deal with imposing players like Cavani and Red Devils’ captain Harry Maguire.

There is no telling which Liverpool side will turn up against Man Utd but matches between two of England’s most successful clubs have always been heated.

Liverpool also do not have a good record at Old Trafford, having last won 3-0 there in December 2014.

Given the current season and form Liverpool are having, a draw would be a decent result, even though it could put their qualification for the Champions League in jeopardy.

Fans will just have to hope for the best and prepare for the worst. 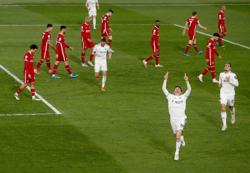 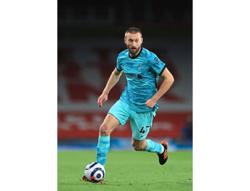