By World Of Wonder DR NOR ASHIKIN MOKHTAR 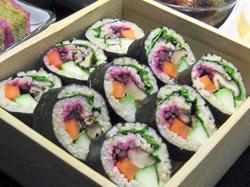 The interplay of hormones in the body is crucial in enabling physical intercourse.

ONE of the things that I like to tell my patients is that the brain is the most powerful sex organ of all.

Women – and their partners who come to the clinic with them – are always taken aback by this statement.

Many of them know, of course, that hormones can affect their sexual desires, as well as many of the emotions and sensations related to sex. But few people realise just how central hormones are to every aspect of sexual desire, arousal, intercourse and recovery – never mind the penis or the vagina, it is the hormones that are doing all the work.

And the brain? Well, that’s because the brain is one of the main hormone control centres in the body. Therefore, without the brain, there would be no sex at all!

Let us take a look at how each hormone plays a role in every phase of a woman’s sex life.

Everything to do with sex begins with desire. You start off by being physically attracted to your partner, which is a form of chemical reaction triggered by hormones like catecholamines, dopamine and noradrenaline, as well as some neurotransmitters, which sometimes behave like hormones.

Sexual desire gradually increases with the help of hormones like DHEA (dehydroepiandrosterone) and testosterone (yes, even women have testosterone, as we have previously covered in this column).

Your brain also produces a type of neurotransmitter called serotonin, which activates various areas of the brain to provoke erections of the nipples, clitoris, and penis.

During the foreplay stage of sex, your body also produces specific hormones to arouse sexual desire in your partner. These hormones are called “pheromones”, and they are secreted from the sweat glands in your armpits and your pubic area.

Pheromones produce a subtle sexual fragrance that your partner inhales, and they send a signal to his brain that you are sexually aroused.

When you are aroused, your body produces oestrogens, which stimulates certain neurons in the brain and prompts the release of more pheromones.

You may be wondering why some hormones affect the release of others. Our hormones work in a feedback system, so they are continuously sending signals to one another that say “Produce more!” or “Stop producing!” Again, this happens with two hormones produced in the pituitary gland, LH (luteinising hormone) and FSH (follicle-stimulating hormone), which stimulate the production of more sex hormones like oestrogen and testosterone to further increase desire.

At this point, the hormones continue on this loop, as physical contact increases. More pheromones are triggered by DHEA and oestrogens, are secreted through the skin and saliva, and further enhance pleasure.

During this stage, several hormones play a role in helping to maintain energy and endurance to prolong intercourse. Cortisol is a hormone that keeps the energy and excitement up, by maintaining a man’s erection for a longer time, and providing energy to the muscles, including the heart, for endurance.

Growth hormones also help to maintain a firmer and more prolonged erection of the penis and clitoris, so that intercourse can last longer.

Other hormones that come into play are vasopressin, which also helps to make the penis and clitoris more erect.

As the excitement reaches its climax, the nerves and adrenal glands produce a hormone called noradrenaline, which allows the body to react quickly to unexpected stimulation. Then, the body releases adrenaline, which triggers orgasm and ejaculation.

In a woman, the uterus and vagina muscles contract due to the hormone oxytocin. This same hormone also appears when a woman is breastfeeding, as it is responsible for signaling the milk glands to release milk when the baby suckles. This may explain why breastfeeding produces a pleasant feeling, similar to the after-effects of an orgasm.

In some novels and movies, the female character always complains that her partner falls asleep after sex. Well, women may be relieved to know that there is a perfectly good hormonal reason for this.

After orgasm, the hormone progesterone is released to subdue the levels of desire. This leads to a state of serenity, relaxation, drowsiness and passivity. In fact, as women produce much more progesterone compared to men, this effect is strong in women.

Another hormone with a similar effect is prolactin, which is also produced in greater amounts in women (just like oxytocin, prolactin also plays a role in milk production for breastfeeding mothers, so nursing mums may find their breasts leaking a bit of milk during and after sexual intercourse).

Endorphins, a type of neurotransmitter, will be released to make you feel drowsy, but good. The hormone melatonin is also produced, which causes deep sleep after sex.

Some people feel a little down after they have recovered from the orgasm phase – this may be due to a dramatic drop in all the neurotransmitters and hormones that were involved in intercourse, causing a sudden sadness.

What does food have to do with sex? Plenty, because certain nutrients in food have a direct effect on hormone levels in the body, and can therefore improve your sex life!

Protein and certain fats (the healthful types) increase the level of sex hormones in the body, which improves libido and erections.

Some people believe that spicy and salty foods act as aphrodisiacs, and there is some truth to this, as they enhance the effects of testosterone, DHEA and cortisol.

Animal protein, which are highest in animal meats, increases adrenal hormones, such as cortisol, oestrogen, progesterone and adrenalin.

As we have already seen above, these hormones all play crucial roles in maintaining sexual desire, excitement and function throughout intercourse.

Fruits are sexy too! They increase the level of the thyroid hormones in your body, which are believed to improve your vivacity, intelligence and reaction rate.

Now you have a better understanding of how hormones work in their subtle ways to affect sexual desire, arousal and pleasure.

If you experience problems with any aspect of your sexual relationship, the cause may lie in your hormones. Talk to your doctor to find out more.

Datuk Dr Nor Ashikin Mokhtar is a consultant obstetrician & gynaecologist (FRCOG, UK). For further information, visit www.primanora.com. The information provided is for educational and communication purposes only and it should not be construed as personal medical advice. Information published in this article is not intended to replace, supplant or augment a consultation with a health professional regarding the reader’s own medical care. The Star does not give any warranty on accuracy, completeness, functionality, usefulness or other assurances as to the content appearing in this column. The Star disclaims all responsibility for any losses, damage to property or personal injury suffered directly or indirectly from reliance on such information. 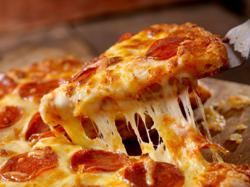