The fiction nominees for the Readers’ Choice Awards offer stories as diverse as our society.

From a world of shamans, gods and demons to the vibrant Peranakan community, and featuring everything from headhunters and skinheads to amateur detectives, the books nominated for this year’s Popular-The Star Readers’ Choice Awards (RCA) are a diverse lot. Local bookworms are going to have a hard time picking their favourites!

Yes, YOU get to choose who wins the only book awards that support local authors. For those who somehow managed to miss hearing about the RCA awards since their inception in 2008, here’s a quick rundown: The RCA encourages local authors with its prizes while its "Read to Win, Vote to Win" component rewards readers for reading these books and voting on their favourites.

Send in your votes for your top three favourite titles in the fiction and non-fiction categories (six choices altogether) and you may be in the running for prizes such as a book hamper worth RM100, a RM50 Popular book voucher, and a one-year-free Popular card membership. RCA nominees are chosen from the 10 bestselling fiction and non-fiction titles from Popular and Harris bookstores nationwide last year.

There are several voting methods: 1) Fill in the form available at Popular and Harris bookstores nationwide; 2) vote online at popular.com.my, facebook.com/PopularMalaysia, bookfestmalaysia.com or facebook.com/BookfestMalaysia (be the 1,000th person to vote online and you have another chance to win a RM100 book voucher); or 3) vote via SMS – read the instructions at the top of the form on the left (don’t forget the slogan or you will be disqualified!).

If you haven’t read the books and need help deciding which titles are worthy of winning, here’s a brief introduction to the books and their authors.

If you’re inspired to get these books, you can pick up all 20 titles from any Popular or Harris bookstore at a 20% discount each until Aug 31, 2014.

Its predecessor, Hotel Tales, clinched the first prize in the 2012 RCA; this follow-up offers more tales of thrills and incidental spills within the hotel industry, collected from those in the know. You’ll never look at the helpful bellboy or the smiling receptionist the same way ever again....

Hanley Chew started his working life in a travel agency and later joined an airline company, a career path that granted him the opportunity to travel vastly and gain precious experiences. He now has his own hotel management and consulting firm.

Warriorhood is his destined path; so is being a headhunter. Bujang leaves his family and embarks on a perilous journey to vanquish demons and evil spirits. Along the way, he converses with gods, shamans, animal spirits and the nomadic Borneans.

Golda Mowe is a writer from Sarawak who loves making up stories set in all genres. She spends thousands of hours in research and writing, and hopes the Dayaks of Sarawak will record their stories one day.

Like many troubled youngsters, Asrul, escapes into a shady world, in his case, hardcore punk. From there, he is recruited into a neo-Nazi skinhead gang and soon finds himself drawn into a downward spiral that makes him question his friends, his loved ones and his core beliefs.

Marco Ferrarese currently lives in South-East Asia after having travelled extensively and living in Italy, the United States, China, Australia and Malaysia. Since 2009 he’s been concentrating on writing, playing hardcore punk music, and researching. Nazi Goreng is his first Asian pulp novel.

Leaving their old lives behind, five immigrant Malaysian workers find themselves in the midst of the new Shanghai, complete with skyscrapers and neon lights. As they plough forward to establish better lives for themselves, their paths overlap and they each face a new adventure.

Tash Aw, who is based in London, is the author of three critically acclaimed novels, The Harmony Silk Factory (2005), Map Of The Invisible World (2009) and Five Star Billionaire (2013), which have, respectively, won the Whitbread First Novel Award, the regional Commonwealth Writers’ Prize, and been longlisted for the Man Booker prize.

The Flight Of The Swans — D. Devika Bai

If you loved Ken Follet’s Pillars Of The Earth with its masterful blend of history and fiction, you will probably find this novel riveting, as it is set in British India and Malaya. The saga that spans three generations of the Bhonsle family unfolds against a backdrop of war, famine, family conflict, social injustice, and sacrifice.

D. Devika Bai is a great-granddaughter of one of the earliest Tanjore Maratha immigrants to British Malaya, S. Sundar Rao Bhonsle. Her short stories and articles written during the 1980s and 1990s have been published in Singapore and Malaysia, and online in several North American e-publications. She is now working on her second novel.

Nothing is as terrifying as being a fish out of water. Indigenous boy Engi finds himself in that dreadful circumstance when Chai Mingzhi, an immigrant newly arrived in 1905 Malacca, takes the boy to live with him. To survive in this strange new and harsh world, Engi resorts to taking on the shape of the legendary mouse deer.

Chiew-Siah Tei was born and raised in Tampin, Negri Sembilan. Her first novel, Little Hut Of Leaping Fishes, was longlisted for the inaugural Man Asian Literary Prize in 2007 and shortlisted for the 2008 Best Scottish Fiction Prize.

When one door closes, another opens goes the adage. One family in British Malaya experiences what that means when a woman is kidnapped and her husband shipped out as a coolie to Singapore. Set against the Taiping Rebellion and the Opium War in China, this story charts the plight of one man amidst the chaos of a fast-changing world.

Chan Ling Yap has always loved writing and has been publishing since her days at Universiti Malaya, when she wrote textbooks; while living in Britain, she trained as a fitness instructor and had her book, Fusion Fitness, published in 2002. In 2009, she published her first novel, Sweet Offerings, which was praised for its evocation of Asia. New Beginnings is her third novel following 2012’s Bitter-Sweet Harvest.

Malacca’s unique and vibrant Peranakan community is the subject of this short story collection. Sarong Secrets’ 12 stories takes the reader into the world of the Straits Chinese, still in existence today in Malacca, Penang and Singapore.

Lee Su Kim is the author of nine books including two bestsellers, Malaysian Flavours: Insights Into Things Malaysian and Manglish: Malaysian English At Its Wackiest. She was a columnist for The Star, and was an invited writer at the prestigious Ubud Writers & Readers Festival in Bali, 2009.

Barbara Ismail spent several years in Kelantan in the 1970s and 1980s, studying wayang Siam (the Thai version of wayang kulit, traditional shadow puppet play) and the Kelantanese dialect. She holds a PhD in Anthropology from Yale University, and is originally from New York. This is the second book in her Kain Songket Mysteries series.

Battling giant snakes, lizard-men and deadly witches, 20-year-old martial artist Natasha is out and about to recover the Oriental equivalent of King Arthur’s sword, the Monkey God’s staff. This is the only weapon that can thwart the demon king Garanmanga but he wants the staff for himself and is hot on her trail!

Arthur J. Wu started writing short stories in his youth but had to put his dreams of being a novelist on hold, until now. This novel is a sequel to his first novel, last year’s Natasha: She’s Coming Back To Kill.

> The Popular-The Star Readers’ Choice Awards 2014 are a precursor to BookFest@Malaysia 2014, which will be held at Kuala Lumpur Convention Centre from July 26 to Aug 3. Admission is with purchase of the BookFest Catalogue (RM2.50 each), which will be available at all Popular and Harris bookstores closer to the event’s opening date. Entry is free for students aged 18 and below, and senior citizens aged 60 and above. For more information, visit bookfestmalaysia.com. 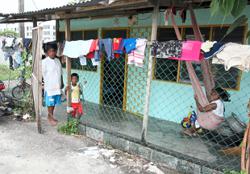