Boon in a crisp white shirt making his rounds in an oil palm estate during his days as estate manager at the Mount Austin Estate, Johor.

Although well past retirement age at 93, Malaysia’s pioneer planter Datuk Boon Weng Siew – or Uncle Boon, as he prefers to be called – is not planning to stop any time soon.

Despite becoming wheelchair-bound after a fall on March 24 left him with a fractured left kneecap, the rubber and palm oil industry veteran refuses to let it stop him from going about his daily routine.

“I was sprightly and active when I was younger and even drove myself to attend meetings and get chores done up to the age of 91. If not for the accident that put me in a wheelchair, I would love to keep going,” he said at his home in Taman Century, Johor Baru.

Now as he takes life at a slower pace, Boon mostly spends his days tuning in to the news, replying to e-mail and answering phone calls, usually from industry players and Malaysian Estate Owners’ Association (MEOA) members to help the next generation.

He still makes it a point to watch Chinese and English language local and foreign news on television at noon before lunch, during teatime and once again in the evening after dinner just to keep up to date with current affairs.

He also receives e-mail and calls almost every day from people seeking his valuable advice from his decades of experience.

“It must be a funny sight to see a 93-year-old man sitting at the computer clicking away but, in the words of MCA’s founding president Tun Tan Cheng Lock, never say you’re old, always be teachable and be open to learning – something I always listened to,” he said.

The veteran regards Tan as one of his role models and mentors, the other being the man’s son Tun Tan Siew Sin, who was Finance Minister during first Prime Minister Tunku Abdul Rahman’s time, calling them “very honest men full of integrity”.

Although he had many windows to enter politics, what with the years of working with political figures like Umno founder Datuk Onn Jaafar and closely in the MCA with the Tans, Boon – a planter’s son – always knew his true calling was in the plantations.

When Siew Sin, who at the time was the Unitac Ltd managing director (a managing agent that ran estates held by the Tan family firm, United Malacca), unexpectedly gave Boon an opportunity to return to estate life by being his personal assistant in the early 1950s, he grabbed it.

“I saw it as a chance to finally fulfil my late father’s dream of wanting me to be a planter,” he said. By the 1960s, he made a move into the palm oil industry as the rubber industry faced a slow decline.

Through his experience there, Boon grew into a respected industry campaigner and spokesman for the plantation industry who spoke out whenever there was a need.

He also led MEOA for 25 years as president.

Boon at Mount Austin, Johor where the oil palm seedlings were established directly in the ground, as done by the Danish planters there. When the seedlings were eight months old, they were dug up and put in metal boxes to be transferred for planting in the field.

“Sad to say, the shortage of labour is still a main problem for our plantation industry dating back to 1980, when a lot of the workers migrated to urban areas as they were no longer interested in the 3D (dirty, difficult, dangerous) jobs,” he said.

Boon was of the opinion that this led to the plantations’ heavy dependence on foreign workers, which was not helped by the Government’s inconsistent labour policies.

The flip-flopping of decisions to allow and freeze the intake of foreign workers made it difficult to help plantations achieve their full potential, he said.

“We may have the best planting materials but productivity has not improved in the past 20 years because we do not have enough workers to harvest, causing a lot of wastage.

“We may have the best clones, but there’s nobody to harvest and the fruits are left rotting on the trees,” Boon said. He added that the Malaysian Palm Oil Board (MPOB) must work hard to conduct further research and get better materials to produce better yields.

He said the MPOB’s 2020 vision was to achieve eight tonnes per hectare but the country’s current palm oil yield was an average of four tonnes only, while in his estimation it should be at least six.

A collage of photos showing a young Datuk Boon Weng Siew and his late wife Piong Kim Lan (left photo) and their children, hung at the hall of his home in Taman Century, Johor Baru.

He also voiced his displeasure with the anti-palm oil lobby in the West, calling it a threat barrier and that they were looking out for their economic rather than environmental well-being.

“The European NGOs are pointing fingers at us for felling jungles to plant palm oil, killing orangutans, and (claiming) that we’re contributing to global warming. But we still have 60% of jungle whereas in Europe they don’t even have 10%.

As a man who has lived to almost a century, Boon, now a grandfather of 10 and a great-grandfather of five, said he is content with where life took him and his family.

“I believe that I have done my father proud by being a planter, as he had always wanted me to be, right up until my retirement,” said Boon.

Life, however, is much quieter and lonelier these days after his wife and mother of his six children, Piong Kim Lan, passed away on Mother’s Day last year.

Boon now fills his time by singing along to his favourite songs, Somewhere Over The Rainbow from the 1939 movie The Wizard Of Oz and Chinese classic hit Under The Banyan Tree.

“Under The Banyan Tree is very dear to my heart because it is a song that I always sang to my late wife. We both met for the first time under one of the rubber trees in her father’s estate. Of course, I changed the lyrics to under the rubber tree,” he quipped.

He even broke into song during the interview to showcase his still-strong vocals.

“I still sing the song every day to remember my wife, to remember the place that we first met,” he said, adding that one of the happiest things in his life was that he lived long enough to send his wife off during her final days.

Asked whether he has any regrets in life, the veteran said: “I think I have lived a full life. If I go now, I will be quite happy”.

NEXT PAGE: A life on plantations 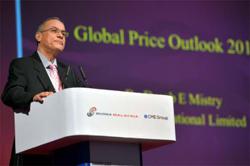