When the first holidaymakers came to the Maldives in 1972, they lived in simple huts made of corals and palm fronds. — Kurumba Maldives/dpa

Fifty years after tourists first began to arrive the island state in the Indian Ocean expects a record number of 1.6 million guests in 2022 – Maldives tourism is booming.

The adventurers who came to the opening of the first resort in October 1972 would hardly recognise the Maldives today. The first huts were simple, with walls made of coral and roofs of palm fronds. Visitors showered with diluted salt water.

There was no pool, no spa, no fitness centre and not even a proper restaurant. Instead there were barbecues on the beach, campfires under palm trees, and an overwhelming underwater world.

That was enough for the first tourists brought to the Maldives by the Italian George Corbin. When the travel agency owner was looking for new bathing and diving destinations in Sri Lanka in the early 1970s, he came across the Maldives almost by accident.

There he met Mohamed Umar Maniku, a resourceful civil servant who was infected by Corbin’s pioneering spirit. They built three dozen accommodation units on the coconut plantation island of Vihamanaafushi opposite Malé’s airport. With the opening of their Kurumba Village in 1972, they laid the foundation for Maldives tourism. 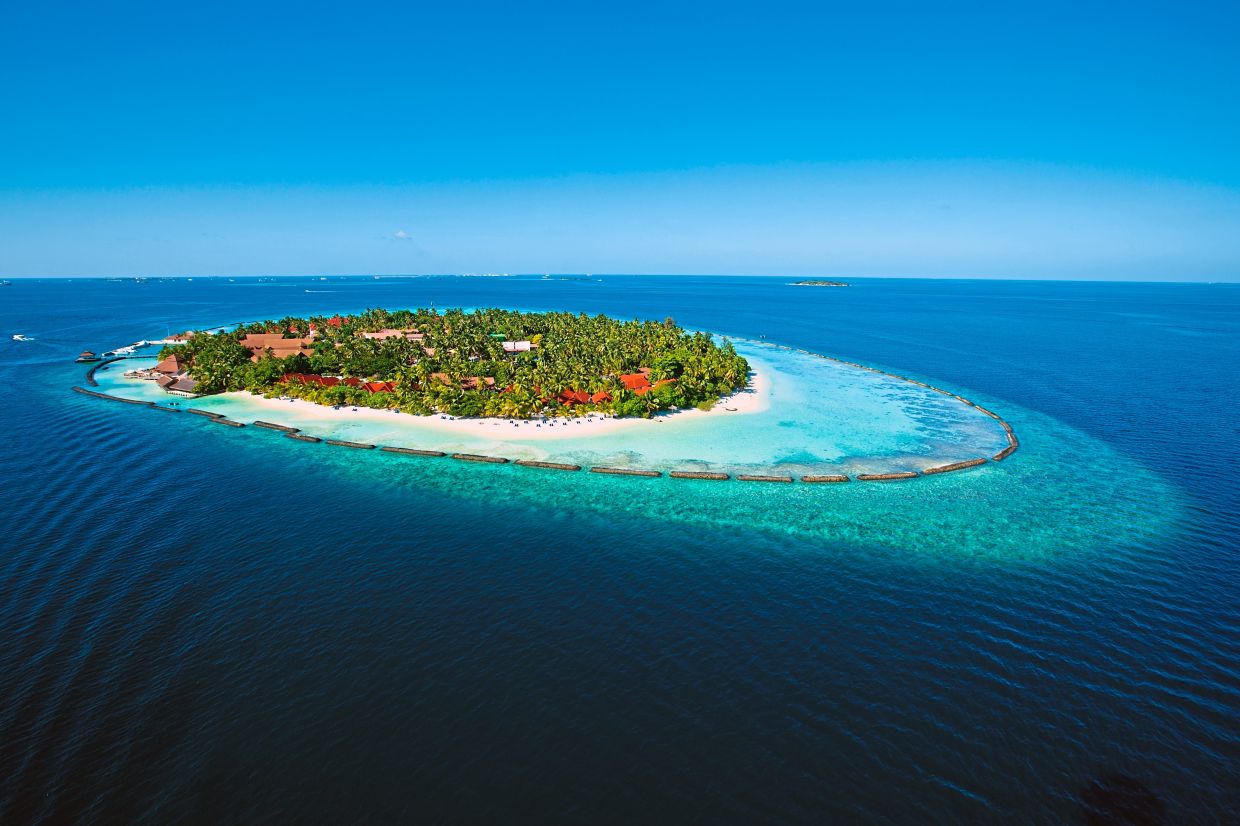 This is where it all began: Kurumba Village opened on Vihamanaafushi Island in 1972. — FELIX HUG/Kurumba Maldives/dpa

Today, Maniku is chairman of Universal Resorts, which operates Kurumba and other resorts in the Maldives. “Until the mid-1980s, the Maldives was a low-cost destination and a kind of appendage of Sri Lanka,” he says.

When the first luxury resorts with high-class spas and top restaurants opened in the 1990s, the jet set finally took notice of the country with its 1190 islets.

More and more new resorts were built. Guests were first brought to these islands by helicopter, before these were replaced by seaplanes. Amilla is one such resort. Beach villas are hidden between dense tropical vegetation. From the whitewashed houses, you climb a staircase directly into the water to swim – surrounded by colourful fish.

In Hanifaru Bay, a few minutes away by boat, hundreds of manta rays swim around from May to October. The Unesco Biosphere Reserve Baa Atoll is home to the world’s largest population of these majestic animals. Tourists are regularly allowed to snorkel in the bay, which is monitored by rangers. Although rising sea temperatures and coral bleaching have taken their toll on the reefs, the Maldives is still a world-class diving destination.

“Hanifaru Bay is something unique,” says manager Victoria Kruse, who – like all resort bosses – tries to score points with unique selling points in the growing competition among islands. Typically, she focuses on sustainability, showing off the resort’s solar power systems and water treatment plant.

Many resorts are committed to the environment, among other things with coral, turtle and manta ray projects. Some operate their own sewage treatment plants, while in Malé, for example, waste water from the almost 150,000 inhabitants is still discharged into the sea. 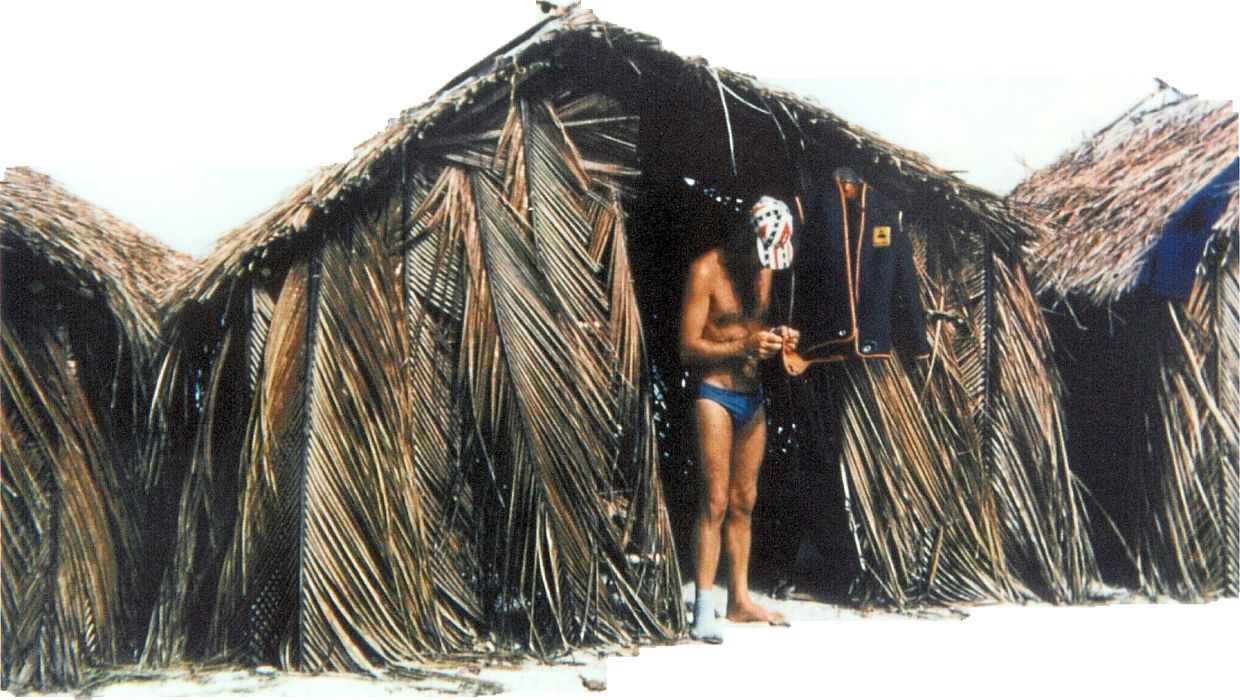 The first huts in the Maldives were primitive, with walls made of coral and roofs of palm fronds. — Kurumba Maldives/dpa

In the past, reefs were destroyed to make way for resorts, but now there are strict government regulations. This is not enough for critics, especially since the trend towards ever larger resorts continues unabated.

“For about 30 years, the resorts have been outbidding each other with ever more spectacular innovations,” says Sumeet Kumar, who has worked on many islands here and is currently responsible for the restaurants at the Huvafen Fushi resort.

The relatively small island belongs to Universal and is one of the trendsetters in the Maldives. Despite all the luxury, it still has something of an original Maldivian feel. Others in the booming luxury segment have moved far away from their origins. Villas are sometimes hundreds of square metres in size, and restaurants are sometimes found under water – or in treetops.

Things are more down-to-Earth on most three- and four-star islands. And recently, there are also some guesthouses on the indigenous islands, which were previously protected by the government. – dpa

Dust off your tux and sequins, the holiday party is making a comeback

5 holiday activities that could be risky during the monsoon season