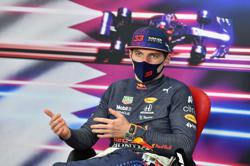 Pantai Irama is one of the destinations included in the Bachok Heritage Trail project. — Bernama

A total of 15 tourism products and attractions – each with its own unique history, heritage and cultural values – are now part of the Jejak Warisan Bachok (Bachok Heritage Trail) in Kelantan, in an effort to drive tourism there.

He added that the heritage trail is divided into two categories – products and destinations.

Ahmad Tarmizi, who is also a senior lecturer at the Faculty of Creative Technology and Heritage in Universiti Malaysia Kelantan, said that Kelantan has always been known for its cultural arts.

“Unlike other states that have a mixture of different races, Kelantan has the highest Malay population (95%) and is well-known for its cultural arts such as main puteri and makyong,” he said.

He said the authenticity of the community in Kelantan, especially in terms of heritage characterised by Islamic values, has potential that should be further developed for the new and future generation.

In other news, umrah management agencies need to be prepared for any new rules and standard operating procedures (SOP) for the minor pilgrimage set by the Saudi Arabian government.

“Umrah agencies still have no experience in handling umrah tours with the new SOP, but they must always follow current developments, including pilgrim criteria such as vaccine dosage and age (limit).

“They also need to ensure that pilgrims understand the practise of physical distancing in buses and hotel rooms, as well as insurance management and the increase in costs following the enforcement of the new SOP,” he said.

TH is not responsible in determining any matter related to the management of umrah, which is under the supervision of the Tourism, Arts and Culture Ministry.

Syed Saleh said TH is confident that the Saudi Arabian government is ready to accept a larger number of pilgrims into the holy land.

“The Covid-19 situation there is under control with 1,000 new cases recorded in early August; the number has dropped to 120 cases a day. We believe the umrah pilgrimage will be safer, especially with the small number of pilgrims as it does not require simultaneous movements like (performing) the haj.

“Saudi Arabia has also announced an increase in the number of umrah pilgrims from 60,000 people a day to between 90,000 and 120,000 people. It is estimated that they will be able to handle two million pilgrims a month,” he said.

On the increase of costs, Syed Saleh said the price hike would have more impact on umrah agencies that offer packages at lower prices.

He said costs were expected to increase due the enforcement of the new SOP, especially regarding crowd-capacity limits and physical distancing requirements.

The need for Covid-19 screening tests prior to travelling, while in Mekkah and before returning home will also contribute to the increase.

Recently, pilgrims had to pay between RM15,000 and RM20,000 for a five-to-seven-day tour. This was for three locations, namely Arafah, Muzdalifah and Mina for tawaf and saie activities only.

“The cost does not include accommodation in Mekah and Madinah, meals and flights from Malaysia and Saudi Arabia, so prospective pilgrims need to be prepared for this,” said Syed Saleh.

She said the letter of support for the GPPAC19 Certificate of Compliance programme was the best mechanism in helping industry players revitalise the economy, by prioritising public health.

“The GPPAC19 certification, to some extent, will motivate industry players to continue to provide the best services in the country’s tourism sector,” she said in a statement issued by the MPC.

MPC director-general Datuk Abdul Latif Abu Seman in the same statement said the effort to develop and implement the certificate of compliance through the TPN initiative was among the measures to help increase productivity and business performance of the tourism sector.

“I very much welcome the recognition of this initiative by the Perlis state government. This will, to some extent, help tourism industry players to rebuild the confidence of tourists, and in turn, attract more tourists to Perlis,” he said.

TPN chairman Uzaidi Udanis said the certificate of compliance recognises tourism products and services that comply with the guidelines and SOP issued by the government, and urged tourism industry players in the state to get certified. 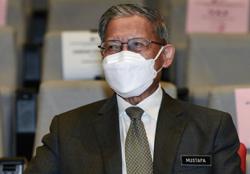