Covid-19 should teach us to be better travellers

Who says you need to fly to travel? Cycling is not just a healthy weekend activity, it is also a good way to explore new places. — FAIHAN GHANI/The Star

All of a sudden the skies were emptied of airplanes, trains were running nearly empty, and everyone found themselves confined to their homes. The tourism industry essentially ground to a halt, and our own identity as travellers or tourists was transformed, shaken. Under house arrest, we rediscovered the nature around us and the wonders of proximity.

And these long months should profoundly change how we travel in 2021 and beyond.

Even before the pandemic there were signs that change was needed in the travel industry. But instead of a gradual progression of growing awareness among tourists of the environmental impact of their practices after the “flygskam” (flight shame/shaming, where travellers are encouraged to stop taking flights as a mode of transportation) movement and a progressive uptake in sustainable tourism by the industry, international tourism came to a standstill.

The term “anthropause” – referring to this period of significantly reduced human activity – was coined largely in response to the unprecedented drop in travel and the resulting drop in carbon emissions. While our awareness of our impact as tourists – sometimes catastrophic – on environments and communities may have been growing since the concept of “overtourism” made headlines in 2018,2020 made it essentially impossible to not look our behaviours in the face and understand that they have a very direct effect on shaping our planet. Watching the outside world from the inside, through screens in our homes, reports of dolphins swimming in less polluted waters in Italy and near Istanbul, may have been a temporary reason to cheer but also a call to reckoning in ourselves. 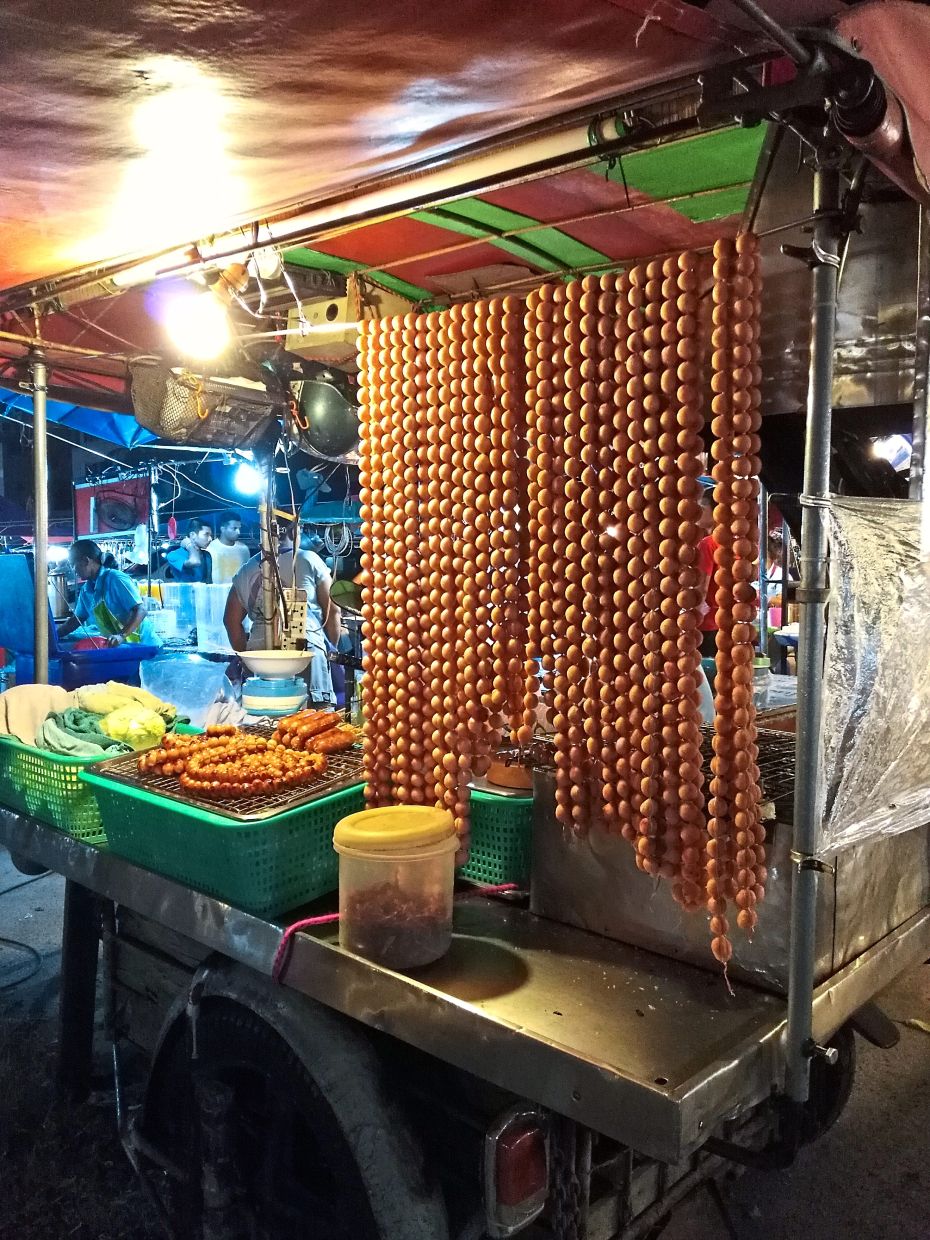 When travelling, try the local cuisine from independent business owners, like this food stall in Phuket, Thailand. It’s a good way to support the community. — Photos: MELODY L. GOH/The StarScientists investigating the effects of this anthropause on ecosystems emphasise that with wildlife free and humans under lockdown, the relationship between people and nature is shifting. With nature a main draw for many travellers, this year we learned that wildlife observation isn’t only associated with an exotic or faraway location or even changing one’s environment. As we stayed at home, we started really looking at the nature around us.

The birdwatching boom of 2020 grew out of convenience as birds can be found nearly anywhere, even in urban areas, but it also meant that many of us started to view our own, nearby environments differently. Bringing nature into our everyday routine meant we could approach these surroundings with new eyes, a key trait for developing our new travel practices.

Leaving the skies for the birds

As for the airlines, planes remained grounded, like a symbolic vestige of our recent past. A desert parking lot in Alice Springs, Australia is the storage site of over a hundred planes requiring regular maintenance and has become a kind of curiosity in itself.

At the same time in Singapore, grounded planes were transformed into restaurants where customers could reserve the opportunity to eat a travel-style meal and experience what it’s like to fly on Singapore Airlines’ Airbus A380. And so marketing initiatives like this and the well-publicised flights to nowhere may have been designed to spark excitement about travel but, as a simulacrum of a trip, in fact, they resembled a kind of “tour” of our recent past. Postcards from another pre-Covid-19 time, or even another world.

As for hotels – what can a hotel offer us now? In the new configuration of our everyday reality, hotels tried to launch special rates and offers for those who wanted to make it their temporary home office for a while, a home office located elsewhere for the hybrid nomads who want to work with a different view and take advantage of the amenities and the surroundings. A pragmatic reinvention and one that saw the blurring of the boundaries between home (office) and holiday residence.

The journey inwards, at home

The reasons that we travel are multiple: We want a change of scenery, we want to explore something new and learn something, we want to try new foods, we want a social media brag, we want to make connections, we want to relax, we want peace, calm and quiet, we want to rediscover ourselves. With levels of burnout soaring, particularly in 2020 with the home office screens an omnipresent feature in our lives, this remains a key aspect of travel.

Travel is often largely about our relationship with ourselves.

So instead of taking a local flight that goes nowhere, what if we could take an inner journey to somewhere? The lessons of the year 2020 have paved the way for such contemplation. Early in the pandemic, philosopher and author Alain de Botton discussed the topic of how we can get some of the psychological, existential benefits of travel from an eight-minute walk or from reflecting on previous trips, how “we may already enjoy the very best that any place has to offer us simply by thinking about it.”

While this may have been written before anyone knew just how much of 2020 would be spent in lockdowns, it may help us better understand what we seek from the travel experience when we are once again unfettered. One of the themes to watch for 2021 for Pinterest is “dreams are the new escapes” – these voyages we take at home can prepare us for a different kind of travel, based on our own dreams and not filtered images showing up in social media feeds.

Even before the pandemic, many influencers were being called out for staging their Instagram shots, while destinations’ promotional departments were also trying to navigate a fine line between working with the “right influencers” who build engagement and the “freeloaders”.

In September 2019, James Asquith asked in an essay in Forbes, Have Instagram Influencers Ruined Travel For An Entire Generation? arguing that, “Images became less about the destinations, and more about pretty and edited images” and “individual egos”. 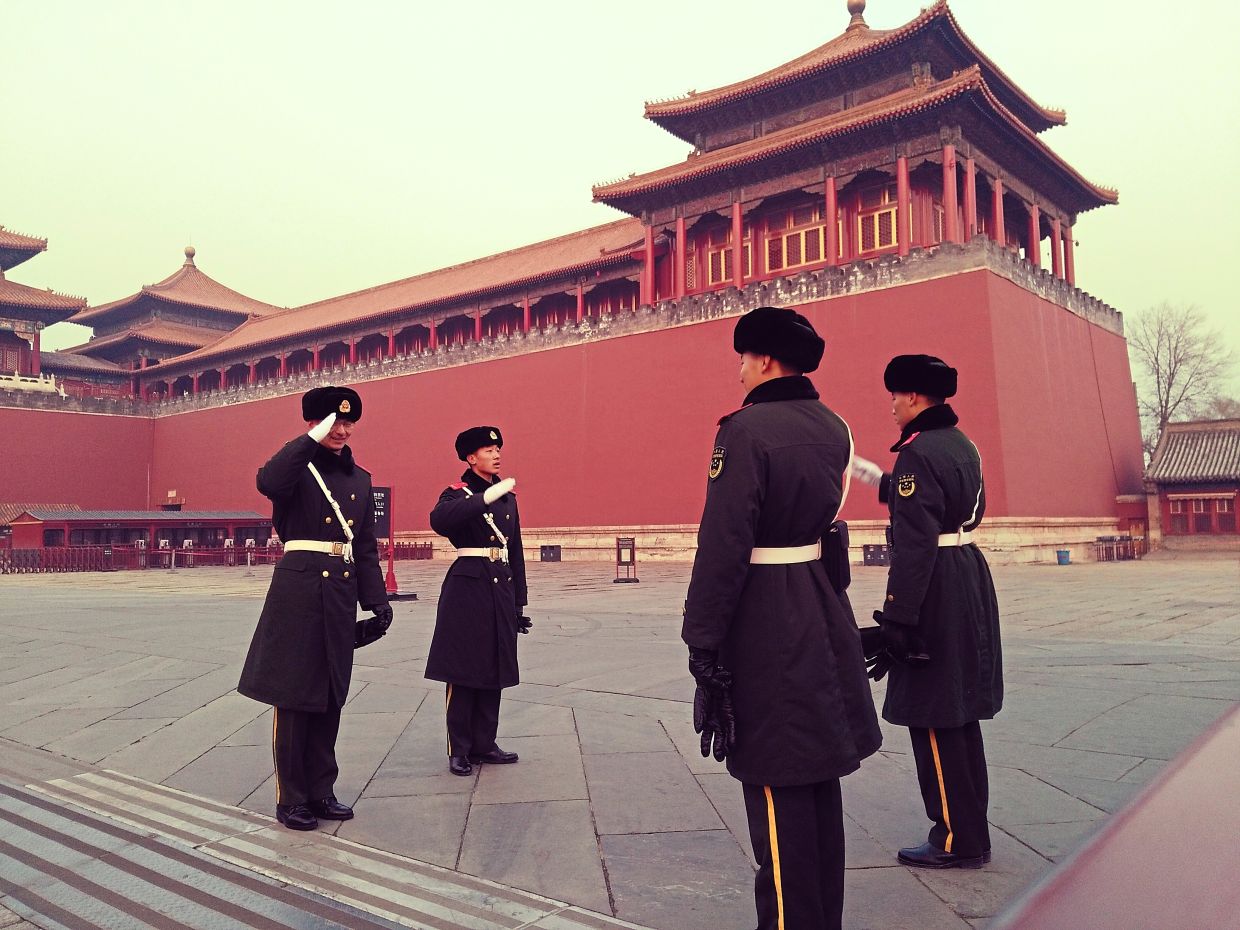 Not every picture needs to be edited. This shot of the guards at Beijing’s Forbidden City taken a few years ago on a very hazy afternoon looks edited but isn’t.

The result is a disconnect between image and reality. “We see all these amazing destinations and when we as the audience make that once-in-a-lifetime trip to them, it leads to disappointment that said destination isn’t how we have been made to believe it looks like, ” he notes.

The once-in-a-lifetime trip ends up being compared to the perfect “Insta-shot” – and nearly inevitably doesn’t measure up, leading to disappointment.

Too many people to get a clear view, wrong time of day, no filter... But “the world isn’t perfect and that should be appreciated”, he points out. Look to be inspired by what’s right around you, not by the glossy Instagram shot – it’s a message that resonates even more now as the realities of lockdowns made fantasies posted by influencers glaringly irrelevant.

So, is there a way to travel better? Can we become tourists and travellers with a difference? Last year’s loss of freedom of movement has prompted many travellers, like New York-based real estate agent and avid traveller Rob, 34, to do some soul-searching.

“The past year has shown us how fragile that freedom (to travel internationally) can be and I think for a long time afterwards I’m not going to take it for granted and I hope that my fellow travellers won’t either...”.

Is there a way to minimise our impact, perhaps by travelling less, and still get the benefits of travel? An experience that enriches our lives, speaks to us with purpose, offers us sanctuary?

In the last decade slow tourism has been advocated by various players as a way to better respect the environment and community of our travels, with several destinations even promoting themselves that way. Taking time to immerse ourselves in our surroundings, explore what is nearby, eating local, supporting local craftspeople, focusing on experiences instead of hopping on a plane to consume a beach vacation across the world as one would a fast food meal, as described by travel anthropologist Saskia Cousin.

Slow travel is about not taking a trip for granted, about noticing and, yes, going slower – though not necessarily for long periods or long distances. There are signs that some in the industry are heeding this evolution, as it shows up in new initiatives around the world, including in Australia and India.

Another approach that could become particularly relevant in the post-pandemic world is that of “detourism”, which is closely related, and, according to French historian Sylvain Venayre, entails exploring your surroundings, often associated with being a tourist in your own area, and going with the flow, going where the day takes you and opening yourself up to chance encounters.

It’s about following the path less taken rather than heading off to the top tourism destinations in the world to simply tick off a checklist; it’s about having a more personal experience, not comparing what you see on your trip to what is in your social media feed.

While 2020 saw many people around the world travel locally, taking “staycations” – because they had no choice with borders closed – it could emerge as a more conscious choice. A growing interest in sales and rentals of campervans could be one sign that such journeys are becoming increasingly attractive to a growing number of people. The lessons of 2020 regarding our relationship to nature, our surroundings, our inner travels and the reality of small, imperfect meanderings that give rise to real, lived experiences along a smaller, different, less trodden path could pave the way for us to become better tourists. – AFP Relaxnews