Will Covid-19 change the way we fly?

There’s no knowing when people will be willing to pack into enclosed cabin spaces again. — StockSnap

A seismic shift is underway as the world’s airlines reassess their operations and how they will look emerging from the crisis. At eerily empty airports, mask-wearing and social distancing already show a behavioural change among the few staff and travellers left. A long shake up lies ahead that is set to touch almost every aspect of flying after limits on movement unwind.

“We should be prepared for a choppy, sluggish recovery even after the virus is contained, ” Delta Air Lines chief executive officer Ed Bastian said in a letter to employees in the United States this month. “I estimate the recovery period could take two to three years.”

In a matter of months, the coronavirus reset the clock on a decades-long aviation boom that’s been one of the great cultural and economic phenomena of the post-war world. The explosion in air travel shrunk the planet, created jobs and hundreds of millions of first-time fliers, and dispersed families rich and poor over continents. Now it’s all on hold, with airlines slashing seat capacity by more than 70% since January, according to analytics firm Cirium.

There’s no knowing when people will be willing to pack into enclosed cabin spaces again, though an International Air Transport Association survey found 40% of recent travellers anticipated waiting at least six months after the virus is contained before flying again. Budget carrier EasyJet is among those planning to keep middle seats empty, at least initially, to reassure customers about personal spacing.

Configurations are likely to change as carriers try to squeeze more money from customers. Some will upgrade premium cabins while their fleets are grounded, resulting in an even starker difference between higher-class sections and ever more Spartan economy seating, said Volodymyr Bilotkach, a lecturer in air-transport management at the Singapore Institute of Technology. 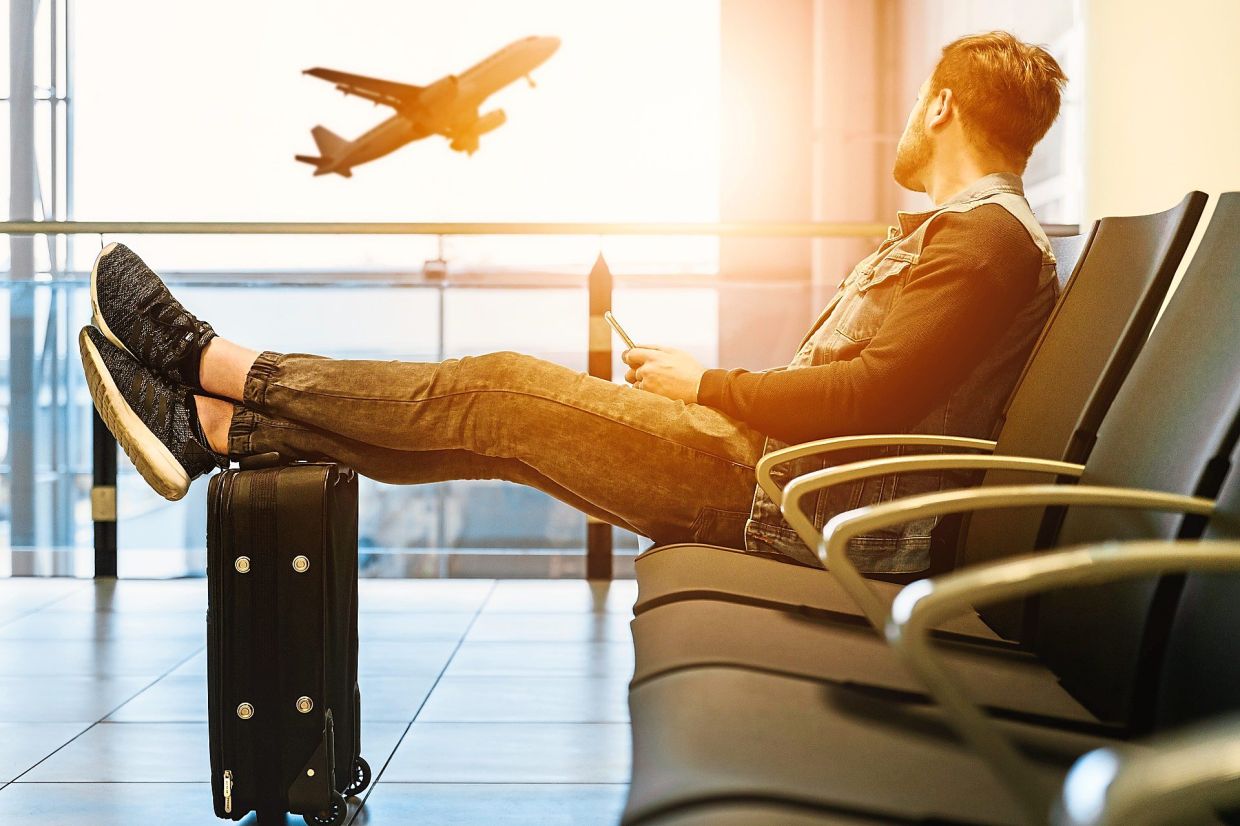 The essential nature of air travel is to support trade, diplomacy, business and tourism. — VAN JASEK

In Asia, one of the last strongholds for all-inclusive fares, airlines might also increasingly charge economy passengers separately for things like baggage check-in, legroom and meals, said Bilotkach, who wrote the book The Economics Of Airlines, published in 2017. Even before the virus struck, carriers there typically made only US$3 (RM13) of profit from each customer, according to IATA. In Europe and the US, where ancillary charges are already going up, the figures were US$5 (RM21.50) and US$17 (RM73.10), respectively.Cheap flights can be found for now as airlines compete for a handful of passengers, while inklings of a recovery show traffic on China’s busiest routes is up at least 7% from February lows. IATA’s chief executive, Alexandre de Juniac, said the wearing of face masks might reassure passengers, but keeping middle seats empty would be challenging and reduce maximum seat capacity to below break-even levels.

The industry has weathered storms before, but none as rough as this. Nearly two-thirds of the world’s 26,000 passenger aircraft are grounded, and some 25 million jobs are at risk. IATA has warned that carriers face a US$314bil (RM1.35tril) shortfall in ticket sales this year, and half of them face bankruptcy in two to three months without government help.

EasyJet, based in Luton, England, has data-science teams modelling various scenarios for how soon demand returns, at what levels, what prices people will pay and how much to charge to make a profit on a given flight, CEO Johan Lundgren said on a recent conference call. No one knows the answers. “We just need to be very flexible, ” he said.

A concern is that customers will be put off by health-related entry rules that may differ from country to country, especially during an uneven opening-up process. Just as airport security tightened after the September 2001 terrorist attacks in the US, travellers could be subject to tests like temperature checks, or they may even need health certificates to fly, according to consulting firm BCG. That could be time-consuming and complicate flying schedules.

“It needs to be quick and secure. Something that is a relatively minor burden, ” said Dirk-Maarten Molenaar, Amsterdam-based head of BCG’s travel and tourism practice in Europe, the Middle East and North Africa.

The essential nature of air travel – it underpins trade, diplomacy, business and tourism – is forcing governments the world over to prop up carriers. On April 20 in the US, the Treasury Department disbursed its first round of payroll assistance to airlines. Around that time, Virgin Australia Holdings went into administration after failing to secure state aid. Increasingly distressed, the carrier made eight different appeals for financing before finally collapsing.

More are bound to fail, resulting in less competition, said Bilotkach at the Singapore Institute of Technology. Big low-cost airlines will probably survive along with flag carriers, but many will be partially owned by governments, or at least owe them money, and so will likely cut the most marginal routes and may raise prices, he said. Less-established services like London to New Orleans (US) or Amsterdam to Salt Lake City (US) would be among the first to go, he said.

“Fares will either stay at pre-crisis levels or slightly higher, ” said Bilotkach, who reckons a recovery is two or three years off. “There will definitely be fewer flight options available.”

The virus has led to a ballooning of remote video-conferencing, which could prompt a reassessment of the need to fly at all, according to UBS Group AG.

“It’s definitely put it back into your thinking, even if you’re not an environmentalist, ” said Celine Fornaro, London-based head of European industrial equity research at UBS. “What is my essential travel?”

Fornaro expects a shift from air to high-speed rail travel in Europe and China to accelerate. Some low-cost, short-hop routes are likely to disappear. Flights of less than 500km made up one fifth of the European market last year, according to a UBS report in April.

If mirrored in other regions such as Asia, the trend would partially unwind the aviation industry’s dramatic expansion. Short-haul flights, particularly in Europe, were already under attack from the flight-shaming movement that’s encouraged travellers to use lower carbon-emitting means of transport.

It is hard to predict any outcome while the crisis is unfolding. But there’s certain to be pent-up demand to visit family and friends once travel bans are lifted, said Jared Harckham, New York-based vice president and managing director of aviation at consulting firm ICF International Inc.

While airlines may have to cut prices initially to woo passengers back, hygiene concerns will gradually fade away, said Rico Merkert, professor of transport and supply-chain management at the University of Sydney’s business school.

“There will be some base demand, ” Merkert said.

“A lot of airlines have issued vouchers so all these people have to be carried as well.”

More broadly, passengers should brace for a new order in airlines and aircraft.

With overall capacity down, carriers will favour smaller and more manageable jets like Boeing’s Dreamliner and Airbus’ A330 over behemoths like the A380, said Molenaar at BCG. Unheard-of alliances might crop up among national airlines as smaller rivals wither, he said.

“The industry could look very different, ” he said. “It could be that you go back in time, almost.” – Bloomberg/Tribune News Services

How are tourism workers coping with no tourists in Malaysia? Premium
Tourism Ministry reveals recovery plans for pandemic-hit travel sector
Covid-19 turns Japanese theme park into an office for teleworkers
What you need to do to have an amazing adventure
The perks of being a constant bystander at marathons
Malaysians can do a 'running holiday' at these international marathons
Malaysian runners share the joy of running and seeing the world Premium
Hello Kitty asks fans to sponsor anniversary party amid Covid-19
A fun affair in Guangzhou for Malaysian family
Malaysian tourist guides take on security guard, e-hailing jobs amid Covid-19