Have a 'race-cation' the next time you travel

Sports tourism is something that’s fast catching on among not just local fitness buffs or sports fans, but holidaymakers who are looking for something different in their travels.

The trend encompasses travelling to destinations where certain sports are usually associated with (like England for football, or New Zealand for rugby), or places where major sporting events like the Olympics and World Cup are being held. There are also those who travel to take part in sports events, and this is something that’s becoming increasingly popular among Malaysians.

For biking couple, Jessen Lee, 35, and Sue Teoh, 40, travel and sports are a major part of their lives.

They have travelled around the world to take part in events like the Xterra (an off-road triathlon that comprises swimming, mountain biking and trail running) and the Ironman triathlon. Most recently, the couple took part in Xterra events in Rotorua (New Zealand), Danao Cebu and Albay (the Philippines) and Kunming (China).

Teoh says that getting to travel and discover new places is a major draw when participating in such sports events overseas. “We get to see the place, experience the culture and try the local food, ” says Teoh, a national triathlete.

She shares that they would usually fly to their destination at least three days before the event to do a recce ride and familiarise themselves with the race course. After the race, they would then stay back to “do the touristy stuff” and explore the place further.

Teoh and Lee enjoyed their trip to Rotorua, New Zealand when they participated in an Xterra event. Photo: Jessen Lee and Sue Teoh

Their favourite trip so far was to New Zealand. “The weather was perfect and Rotorua has some of the best trails to explore so we went riding. We also got to experience Maori culture and discover unusual bush plants and animals. It was very enjoyable, ” says Lee, who owns a cycling school in Kuala Lumpur.

Myanmar-born Chris Kha Khrang who co-owns and operates a boutique fitness studio in KL is another avid triathlete who travels overseas just to participate in sports events.

Kha Khrang, 33, has been to Switzerland, Germany, the United States, South Korea, Thailand, Indonesia and Singapore to participate in events like Ironman, Challenge Roth, Metaman, Xterra and Sea Games.

“I travel to participate in such events to experience new race courses, meet new people, learn from professional athletes, enjoy the scenery and discover new cultures, ” she says.

Kha Khrang notes that one should always arrive two to five days earlier at their destination to acclimatise themselves and prepare for the race. She admits that most of her holidays combine both a race and a vacation.

“I love to travel and explore other cultures, but there is no satisfaction without participating in a race, so I usually plan a ‘race-cation’. I do a bit of sightseeing before the race, and after, I go all out!” she reveals.

It is necessary to allocate a bigger budget when travelling for a cycling race. Most racing bikes are large and you need to factor in the cost of bringing your bikes on the plane, sometimes as oversized cargo, and also transporting them to and from the airport to your accommodation.

Kha Khrang reveals that extra costs are usually incurred whenever she travels to participate in a race. These costs could range from bike transportation and luggage fees, to insurance and even race registration fees.

There are also the accessories that help to make travelling more convenient. For example, Kha Khrang uses a special triathlon bag which makes disassembling and reassembling her bike much easier.

“It’s a bit pricey but very convenient for the airport. However, I have to send my bike for full service and cleaning before packing it, ” she says. Kha Khrang took part in this year’s Ironman Langkawi challenge. Photo: Chris Kha KhrangAnother aspect that sports travellers need to think of before going on their trip is airline selection. A good amount of research is needed to get the best airline. For Kha Khrang, she makes her selection based on her destination.

“Most airlines include sports equipment together with the luggage cost, so that’s good if your bike is light (like a road bike) and you travel light, so you won’t have to pay for additional charges.

But if your bike is heavy (mountain bike) and you’re also bringing a lot of stuff, then you might want to opt for an airline that offers sports equipment charges separately, ” she explains.

In Lee and Teoh’s case, the adventurous couple’s preferred airline is AirAsia because it is more convenient for them.

“It’s easy to book online and they have allocated sports equipment fees which we can buy according to weight (20kg, 25kg, 30kg and 40kg) for our bikes. And this doesn’t impact the regular baggage allowance, ” Lee says.

“We have tried other airlines before and we couldn’t get extra allocation for luggage plus sports equipment; we were limited to just 30kg for both luggage and bike. The bike itself is already quite heavy, not to mention the bike bag. So there isn’t much allocation left for the rest of our luggage since it is all lumped together, ” he notes.

“In the end, we had to scrap the special bike bags and use cardboard boxes instead. We also dismantled the bikes so that we could transport them.”

Finding vehicles large enough to transport their bikes to and from the airports is also a challenge for the athletes.

Lee says that he will usually request for an MPV when making a booking, even though it would cost more. “Sometimes the charges can be two to three times higher, especially if it’s just the two of us as passengers in the big van, ” he says. 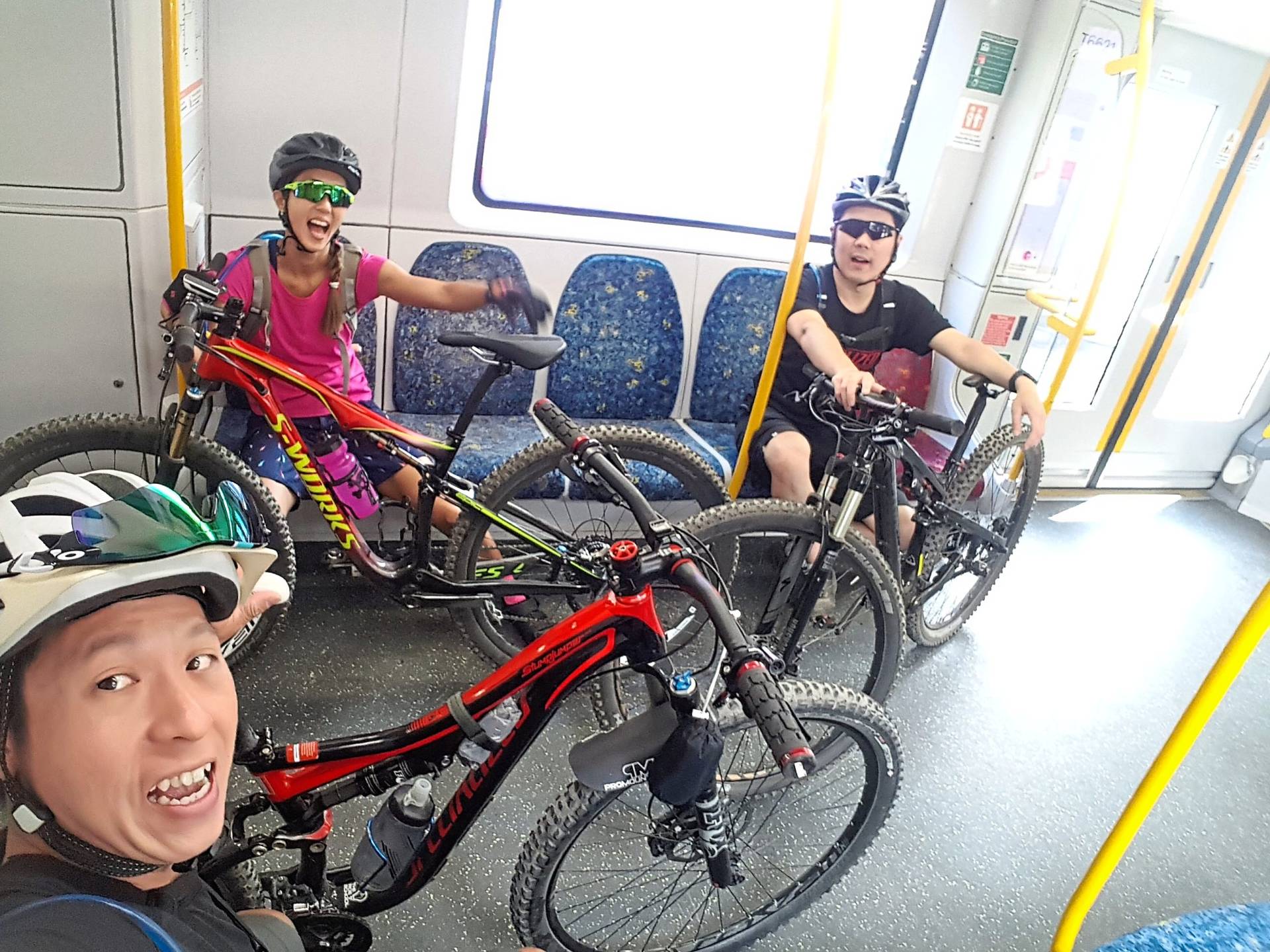 Lee (left) and Teoh (middle) riding the train with their bicycles in Sydney, Australia. Photo: Jessen LeeTeoh notes that before their trip, they would ask their hotel if they had a vehicle that could fit their bikes. “If they don’t, then we’ll look for our own transportation at the airport. Research is key here because there will always be people who have travelled with their bikes before and perhaps posted some tips online.

“It is good to know the market rates (for car rentals and transportation) before a trip and be prepared, so as not to get overcharged, ” Teoh says.

Travelling with sports equipment is not without its risks and sometimes, bikes are damaged or lost while being transported.

Kha Khrang says she is thankful that so far, she has not encountered any serious damage to her bike. But she advises others to check everything before leaving the airport.

“Always open your bag to check your bike after collecting it before you leave the airport, so that you can report to the airlines immediately if there are any damages, ” she says.

Lee adds that there have been reported cases of bikes being stolen or damaged. “A way of preventing damage is to get a hard bike bag. It is heavier and harder to bring around, but it is safer for the bike, ” he says, adding, “Packing the bike properly and using extra padding to wrap the whole bike also helps.”

Teoh says that she once encountered a cracked helmet upon arrival while travelling for the Asian Beach Games. “Lesson learnt – don’t pack the helmet together with the bike, ” she advises.

The couple’s luggage also went “missing” several years ago after returning to KL from Sydney, Australia.

“When our bikes didn’t show up at the baggage carousel at the Kuala Lumpur International Airport, we filed a report with the airport authorities. They said they would contact us once the bikes arrived. The next day, somebody from Malaysia Airports actually delivered the bikes to my house!” Lee reveals. 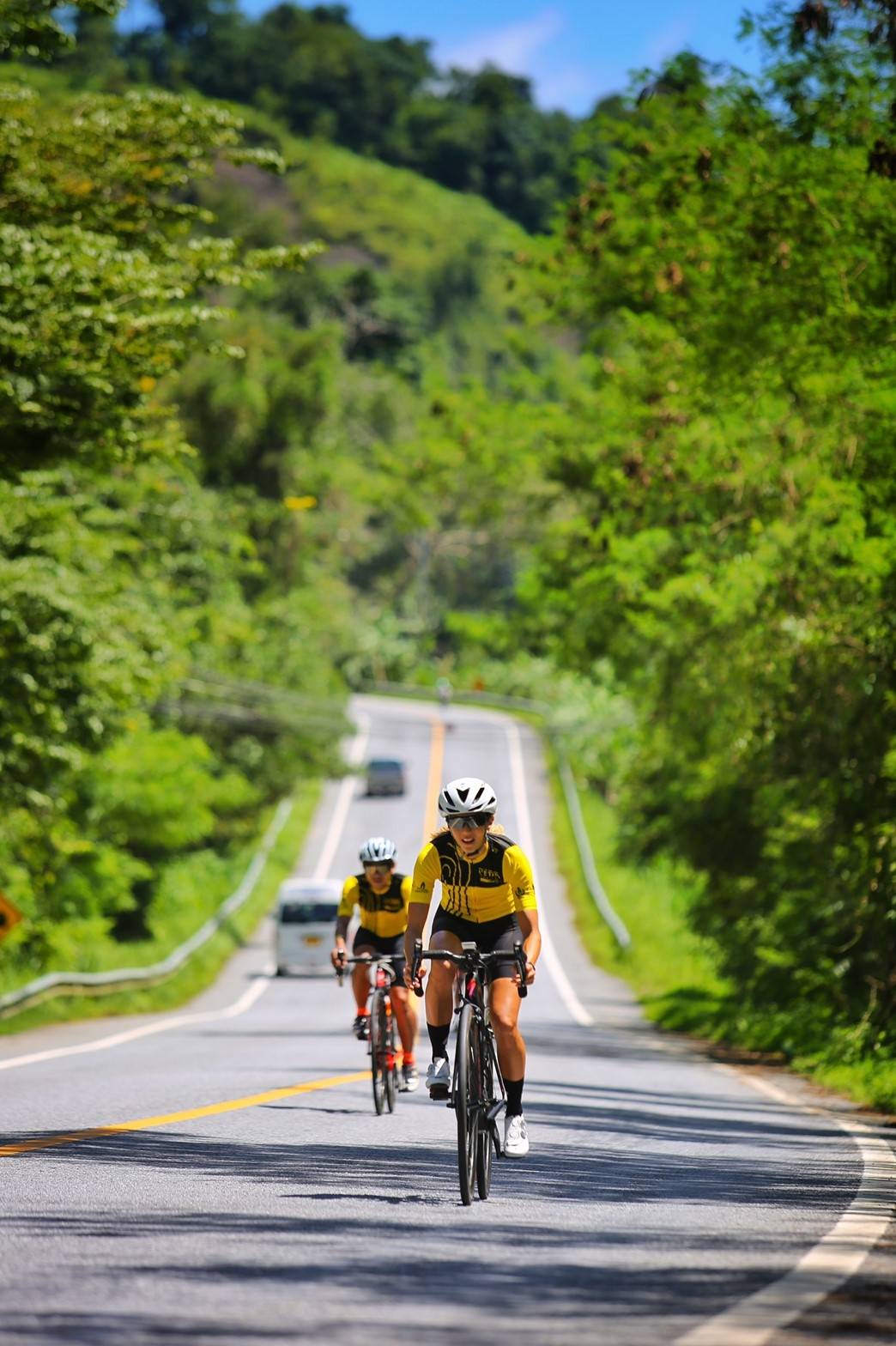 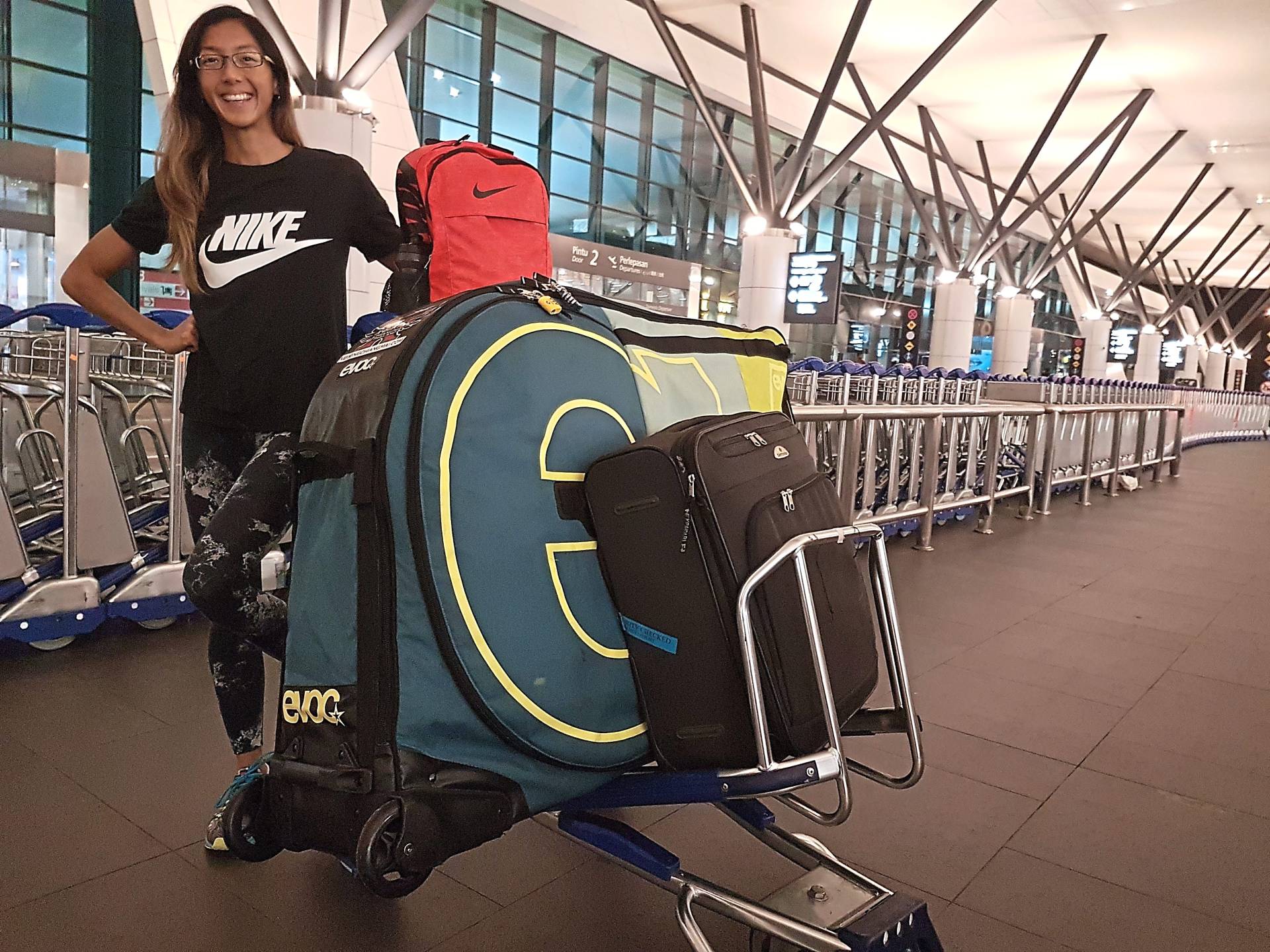 Teoh and Lee enjoyed their trip to Rotorua, New Zealand when they participated in an Xterra event. Photo: Jessen Lee and Sue Teoh

Teoh with the luggage and bike bag at the airport. Photo: Sue Teoh

Major cruise companies record boost in business and bookings
Orang Asli settlement at Gua Musang to be turned into tourist attraction
Getting Malaysians to see Malaysia from a tourist's perspective Premium
Can Malaysians really be tourists in their own country? Premium
Interstate travel: Malaysian bus operators worry about maintenance
Hollywood Boulevard makes a strong tourism comeback
Poor job prospects for tourism workers in Malaysia and globally
Wild horses in Bosnia and Herzegovina: Tourist attraction or pest?
Malaysian woman goes on an eye-opening solo travel in Scandinavia
What it's like to work at an indoor ski slope in Germany