You can't stop the music in Salzburg 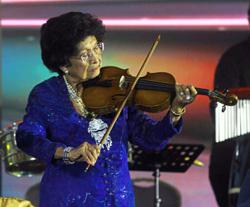 The maze-like lawn of Schloss Leopoldskron against the backdrop of the Alps and lake, where Maria and the kids tumbled into the water. Photos: The Star/Looi Lai Yee

Fifty-five years after The Sound Of Music was filmed in Salzburg, the movie continues to entice visitors from all over the world to the Austrian city to retrace the oversize footprints left by the cast and crew.

Of the six million tourists who journey to the small city yearly, some 40% of them make the pilgrimage because of the sensational musical drama. The sound of music is not only very much alive in the alpine hills but resounds throughout the globe.

American director Robert Wise shot the film in and around Salzburg in 1964 but recreated many of the interior scenes in the studios back in Hollywood before its release the following year.

Famously based on the true story of the singing Von Trapp family of Salzburg, the classic tale revolves around the postulant Maria, played with aplomb by Julie Andrews, who ends up as the governess and stepmother to the seven children of stern widower and retired naval officer Georg von Trapp, starring the debonair Christopher Plummer.

In real life, the Von Trapps eventually resettled in the United States after they escaped the Nazi invasion of Austria in 1938.

The family’s story was first recorded in a 1949 memoir by Maria von Trapp. It led to a pair of German box-office hits before the story crossed the Atlantic and became a hit Broadway musical after opening in 1959.

Winner of five Oscars, most notably best picture, best director and best original music score, the film owes its success in no small part to the timeless tunes by Rodgers and Hammerstein, memorably performed by the exuberant cast.

Wise himself attributed the “beautiful scenery and gorgeous city of Salzburg forming the backdrop of the film” as among factors for its enduring appeal.

In early winter last November, a group from the South-East Asian media and travel industry folks treaded in the footsteps of Maria and company during the “Sound of Music” familiarisation trip organised by Trafalgar. It took us to the southern Bavarian region of Germany and western Austria across the border.

Salzburg, a pedestrian-friendly city of 150,000 inhabitants, offers fascinating sights and sounds as the capital of Salzburg, one of nine states in Austria.

To enrich your visit, it helps to do prior homework by watching (or re-watching) Sound Of Music and researching the attractions synonymous with the phenomenon. Learning to yodel is optional.

The sprawling rococo-influenced Schloss Leopoldskron fronted by splendid views of the Untersberg mountain and a tranquil lake was where Maria and the children fell out of the boat at Captain von Trapp’s backyard. The terrace and well-manicured maze-like lawn offer a balm for the soul.

Schloss Leopoldskron was commissioned as a family estate by the Prince Archbishop of Salzburg, Leopold Anton Freiherr von Firmian, in 1736. After a series of different owners, author Max Reinhardt – founder of the world-acclaimed Salzburg Festival – bought it in 1918 and restored it to its original beauty.

A privately owned hotel since 1959, it is accessible only to hotel, event, conference or wedding guests.

The hotel is supported by Trafalgar which contributes to its upkeep and historical conservation.

In the movie, the glass gazebo featuring the songs Sixteen Going On Seventeen and Something Good is located in the Schloss. After filming wrapped, 20th Century Fox gifted it to the city. But with fans (most likely the doggedly romantic sort) snooping around the lakefront hotel, the gazebo was then shifted to the park of the 400-year-old Hellbrunn Palace, a summer residence built by a prince-archbishop (a secular ruler).

The pavilion at Hellbrunn Palace, where you may recreate the magic of Sixteen Going on Seventeen.

The Gundolf family attempting to bring the house down at Sandwirt Restaurant in Innsbruck.

The ornate Venetian Room in Schloss Leopoldskron, Salzburg. Only the exterior of the private hotel was used in filming The Sound of Music.

Ardent fans of the movie may want to make nifty dance moves along the nearby tree-lined Hellbrunn Alley a la Maria – in a wide-brimmed hat and swinging a guitar case and a carpet bag in each hand! – belting out I Have Confidence before she nervously reports for duty at the Von Trapp household.

There are many other locations of the show that you’ll have fun jaunting off to for your Instagram. These include the beautiful Mirabell Gardens and its fountains, arched trellis, steps and statues (the setting of Do Re Mi); Nonnberg Abbey built in 714; Residenzplatz (in the heart of the Old Town); and the 17th-century Frohnburg Palace, depicted as the front of the Von Trapp villa.

Although no scenes were shot inside Nonnberg, it is significant for it was here that the real Maria was a nun before she took care of the brood and later married their father in its very church. But in the movie, the wedding was shot in Mondsee Church, 28km from Salzburg.

Within the Old Town, you may take the lift up to the terrace (also featured in I Have Confidence and Do Re Mi) in front of the Museum of Modern Art atop the Monchsberg Cliffs. Visitors are rewarded with a spectacular aerial view of the Baroque city.

Dominating the skyline, at 121m above the historic district, is the Hohensalzburg Fortress. The iconic landmark visible around the city and also in Sound of Music was built by Archbishop Gebhardt von Helffenstein in 1077. One of the best-preserved castles in Europe, it houses several museums.

To complete your Sound Of Music experience, head on to the Marionette Theatre for a scintillating puppet show. The marionettes gained worldwide fame after they were highlighted in the movie The Lonely Goatherd, which features yodelling – a signature of traditional Austrian alpine music.

On that sunny wintry afternoon, our group was thrilled to catch a short performance of Sound of Music and a behind-the-scenes peek at the workings of the theatre that has a history dating back over 100 years.

We were warmly greeted by Barbara Heuberger, a Salzburg native who has been with the outfit since 1999 and is in charge of concert management.

She told us that visitors could write in to them (marionetten.at) to seek permission to tour the Baroque-style theatre and its workshop backstage where the marionettes (puppets controlled above via wires or strings) are sculpted and stored.

“We have 10 puppeteers who took some five years to master the art,” she said, adding that the multinational ensemble ranges from 27 to 63 years old.

As good as it looks ... pretzels with cheese and ham.

A view of Salzburg and Salzach River from Monchsberg Cliffs. Hohensalzburg Fortress is on top right.

In addition to shows at its 350-capacity home auditorium, Marionette Theatre travels the world making guest appearances and full tours.

Despite the stunning spillover success of Sound of Music, it wasn’t until recent years that the locals started to embrace it.

Their biggest pride was – and still is – being recognised as the city of Mozart. Coming in second will be the Salzburg Festival, the summer musical and cultural extravaganza which hits its milestone centenary next year.

Mozart’s Birthplace is smack amid the commercial hub of Getreidegasse (Grain Lane) in the Altstadt (Old Town), a Unesco World Heritage Site dotted with shops, cafes and through-houses, where the front and back of the buildings lead into different streets, with more shops in between.

The house where the 18th-century composer was born in and lived until he was 17 is not the only memorial in honour of the homegrown talent. Walk across one of the bridges over the Salzach River – which divides Salzburg into old and new – to Mozart’s Residence, a larger home that the family relocated to, in the “new town”.

Both museums provide insights into Wolfgang Amadeus Mozart’s life and works through original letters, portraits and memorabilia. There were his violins at the birthplace and piano at the residence. At the latter, I learnt that Mozart was rather short and not particularly good-looking. But so what, he left a towering musical legacy that’s treasured to this day!

Do Re Mi-rabell Gardens, one of the places synonymous with Sound Of Music.

Cafe Tomaselli in Salzburg, said to be the oldest coffee house in Austria and where Mozart went to observe the chi-chi crowd.

So when in Salzburg, there’s no excuse not to pop some “Mozart balls”, those tasty Mozartkugel with a marzipan core wrapped by layers of dark and light praline cream and coated in rich dark chocolate.

Or enjoy a cuppa and cakes at the Tomaselli in the Old Town. It’s said to be the oldest coffee house in Austria started in 1700, and a hangout of Mozart as the musician cynically observed the snobs of Salzburg!

Our guide Natascha Santos Rivera said she much prefers to shop or have coffee in the less frenetic new side of town on the right of Salzach River.

“Salz” means salt in German, reflecting the once-thriving shipping of salt down the waterway. This activity and the Hohensalzburg Fortress, in turn, gave Salzburg its name – Salt Castle.

There was more music to our ears when we were entertained to Tyrolean folk dance by the Gundolf family at the cavernous Sandwirt Restaurant in Innsbruck (the capital of Tyrol state), a two-and-a-half-hour drive from Salzburg.

After tucking into a yummy dinner of Austrian schnitzel and apple strudel with Fohrenburger beer (and My Favourite Things from Sound Of Music coming to mind: “Cream-coloured ponies and crisp apple strudels, door bells and sleigh bells and schnitzel with noodles”...), we adjourned to the hall for what turned out to be one barnstorming gig.

There was dancing, twirling, yodelling, lots of high-kicking, shoe and thigh slapping, backed by stringed instruments, alphorns and cow bells!

As a finale, the family dedicated a song to every country – and there were many – in attendance that evening. For Malaysia, it was Rasa Sayang.

You can’t stop the music!

You can't stop the music in Salzburg 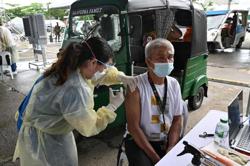 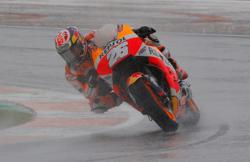