What to do at P. Ramlee Memorial, Kuala Lumpur

Long before the likes of Henry Golding and Zizan Razak graced the silver screens, one man was the torchbearer of local cinematic magic – the late Tan Sri P. Ramlee. The Penang-born actor successfully brought his thespian talent to places like Indonesia, Brunei, Japan and Hong Kong.

P. Ramlee is also an accomplished director, singer, composer and producer. Despite all these accomplishments, the artist was reportedly penniless when he died of heart attack at the age of 44, in 1973.

Almost half a century after his demise, the man remains one of the country’s most iconic actors. His legacy lives on at the P. Ramlee Memorial in Setapak, Kuala Lumpur. The site is actually the late actor’s home which he shared with his wife, the actress and singer Saloma. Today, the place has come under the care of the Government and is regarded as a beloved national heritage.

An old photo of P. Ramlee and Saloma can be found at the P. Ramlee Memorial Library.

Chances are many Malaysians would be familiar with references from films like Bujang Lapok, Madu Tiga and Anak-ku Sazali. If anything, P. Ramlee’s creative footprint is still very much ingrained in the fabric of local life.

Fans would be able to take a peek at the actor’s life at the memorial. Located in Jalan Dedap, the humble one-storey venue is dedicated to the preservation of the man’s memory and contribution to the local film industry. Admission is free.

Established in 1986, the memorial is divided into various sections. Walk around and check out each sector which displays different aspects of P. Ramlee’s life, from his illustrious career to his personal relationships. Visitors will find an array of awards, musical instruments as well as film documents on display.

Old photographs will elicit nostalgia of P. Ramlee’s childhood and schooling days in Penang. For fans of his music, you would be able to see the dining room where P. Ramlee reportedly wrote many of his famous songs.

For the romantics, a love letter written by Saloma to her husband is also on display. On the subject of P. Ramlee’s famous wife, be sure to check out all her glamorous photographs which showcase the fashion of the era.

Any fans of Malaysia’s history of entertainment should visit the P. Ramlee Memorial. The multi-talented performer has over 60 films and 300 songs to his credit. Whether it’s the comics of the movie Do Re Mi or sweet lull of ballad Getaran Jiwa, the great works of P. Ramlee will trigger nostalgia in your soul when you step into the premise.

Many of P. Ramlees memorabilia are on display at the memorial. — Tourism Malaysia

If you’re travelling by train, the nearest stop is the Sentul Timur LRT station. You will still need the service of a taxi or ride-hailing app to get to the memorial, which is less than 5km away. While there are no car park within the premise, you should be able to find some spaces outside the venue.

Opening hours: 10am to 5.30pm. Closed on Monday and during Friday prayers.

What to do at P. Ramlee Memorial , Kuala Lumpur 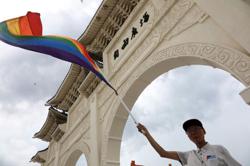 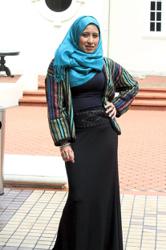 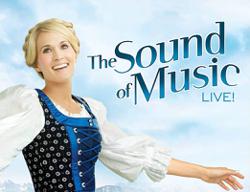