AirAsia to begin direct flights to Tianjin, China in December

Standing at over 415m, the Tianjin Radio and Television Tower is an iconic landmark at the heart of Tianjin city centre that offers a 360-degree panoramic view from its observation deck. Photo: AirAsia

AirAsia is expanding its footprint in China with an exclusive direct service between Kuala Lum­pur and the coastal city of Tianjin.

Beginning Dec 2, the 4X weekly new route will connect more than 15 million people in Tianjin with South-East Asia and beyond.

AirAsia’s long haul affiliate, AirAsia X will not only provide the only direct service between the cities but also stimulate regional demand through competitive fares.

The airline will also double the number of seats on the route between Kuala Lumpur and Changsha in response to popular demand by operating its fleet of wide-body Airbus A330 aircraft. This is scheduled to start on Oct 29.

AirAsia X Malaysia CEO Benyamin Ismail said the two routes would contribute a year-round capacity of over 300,000 additional seats in total to China, thus boosting tourism, trade and economic growth while paving the way towards China’s Year of Tourism and Culture 2020, envisioned by the leaders of both Malaysia and China.

“The announcements mean we are strengthening our foothold in northern China and increasing our overall capacity there – one of our fastest growing markets,” he said.

Located in northern China bordering Beijing and Heibei pro­vince, Tianjin is a coastal metropolis with many cultural, social and economic elements over the past century.

History buffs will love the city particularly at the Tianjin Ancient Cultural Street, while Tianjin Binhai New Area features modern attractions such as The Binhai Modern Art Gallery and state of the art Tianjin Binhai Library. Other attractions include The Five Great Avenues district, Tianjin Ra­­dio and TV Tower and Drum Tower.

AirAsia to begin direct flights to Tianjin , China in December 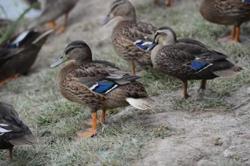 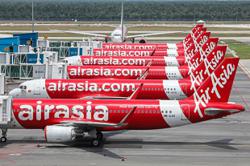 Endangered and rare pangolins spotted on camera in Changsha, China