In what used to be the children’s room, at Rosedown Plantation, it is said that a child ghost sometimes plays pranks on unsuspecting visitors. Photos: The Star/Chester Chin

The hair at the back of my neck is standing on ends. The corridor ahead, with its Art Deco wallpaper, is cold and dimly lit. As I move further away from the sound of chatter and clinking glasses at the bar behind me, I can’t help but feel as if someone – or rather, something – is watching me.

But I have had a fair amount of wine, and looking for the restroom trumps this unsettling feeling. Upon returning to my seat on the ground floor of the Diamond Grill restaurant, I find my dinner party eagerly listening to a roguishly handsome man in a dark dress shirt and matching pants.

“Have you heard ...,” one of my dining companions whispers in a distinctly southern drawl and pauses for dramatic effect, as a server places a napkin on my lap, “this place is haunted.”

“Well, I’m not sure if I would call it haunted but I’ve experienced some things that I can’t quite explain,” says the good-looking man. He introduces himself as Scott Laliberte, the general manager of this upscale dining establishment in Alexandria, Louisiana.

Laliberte then talks about lights turning off unexpectedly and finding doors ajar after they have been locked. Of course, there are also murmurs among staff about unexplained noises. 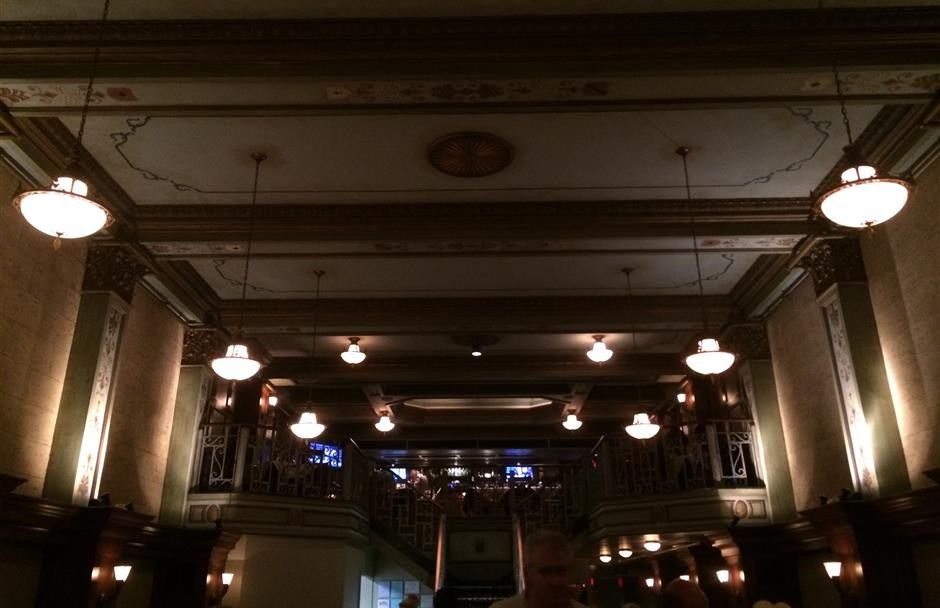 The interior of the Diamond Grill is dimly lit. Over on the second floor, drinks are served at the bar. 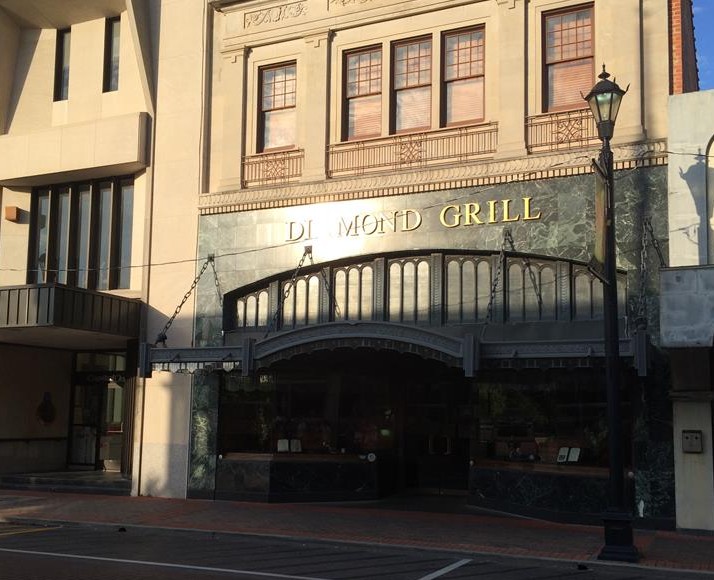 Back in 1931, Diamond Grill was a popular downtown jewellery store in Alexandria.

Like most supposedly haunted places, the site where Diamond Grill sits today has a long and illustrious history. Back in 1931, it was a popular downtown jewellery store.

After some casual research and gathering stories from the locals, Laliberte discovered that the venue was haunted by the spirit of a woman named Stella. She was the first African-American employee at the jewellery store.

“That corner over there,” he points to the spot on the second floor, where I had felt the heebie jeebies earlier, “is where she used to be stationed.”

Trapped in a mirror?

I suppose the ghost of a retail staff isn’t as creepy as, say, the spirit of a psychotic murderer. But attempts to calm my palpitating heart are in vain as I cross the deserted street of the sleepy town to the infamous Hotel Bentley.

The luxurious property is rumoured to be haunted by several ghosts: a girl who fell to her death in an elevator shaft, hazy figures that peer over the railings at the top of the grand staircase, and the hotel owner Joseph Bentley, who died in his suite on the third floor.

Hotel Bentley is also where I’m staying for the night. The key card on my sweaty palm reads Room 322. Third floor.

Suddenly, meeting that Tinder match for a nightcap doesn’t seem like such a bad idea after all. Cast aside thoughts about ghosts and ghouls, though, and the hotel is actually a very pleasant place. 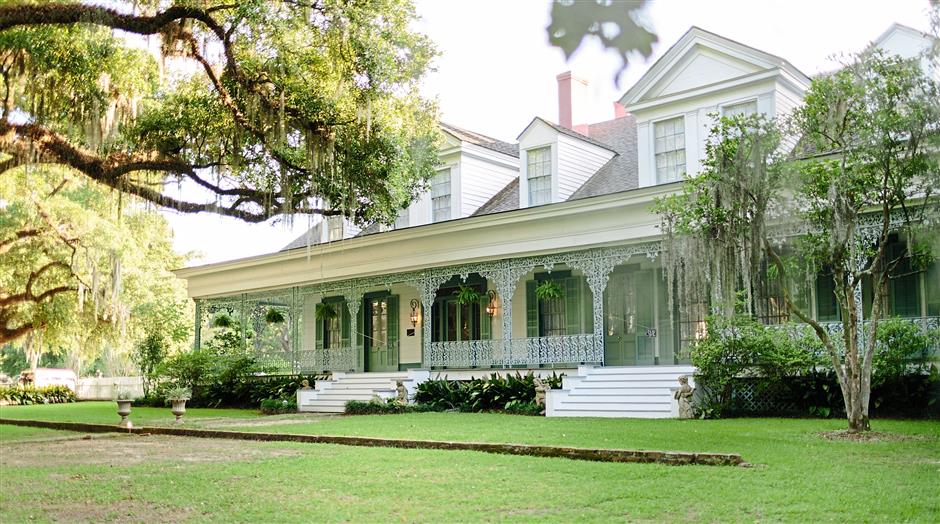 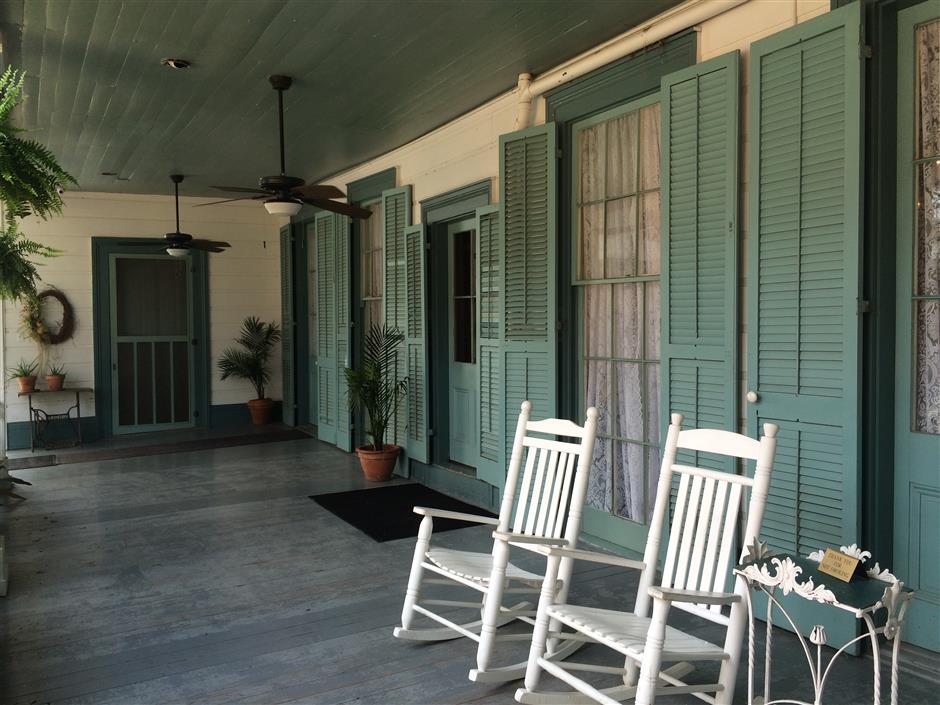 There have been sightings of apparitions roaming the verandah outside Myrtles Plantation at night.

In many ways, this extends to Myrtles Plantation, about two hours’ drive from Alexandria. Beyond its reputation as “one of America’s most haunted homes”, the 18th century antebellum (period before the civil war and after the War of 1812) home in St Francisville is a remarkably well preserved and beautiful historic property.

A long verandah with lovely ornamental ironwork greets visitors on the outside. Step past the stained glass entrance, and you’ll find French chandeliers with Baccarat crystals and magnificent parlours inside. But of course, the supernatural stories are what keep guests coming, says my guide Connie Pruitt.

“It’s a very special house and we would all do ourselves a favour if we just accepted that,” the elderly woman grimly offers as she brings me on a tour around the place. 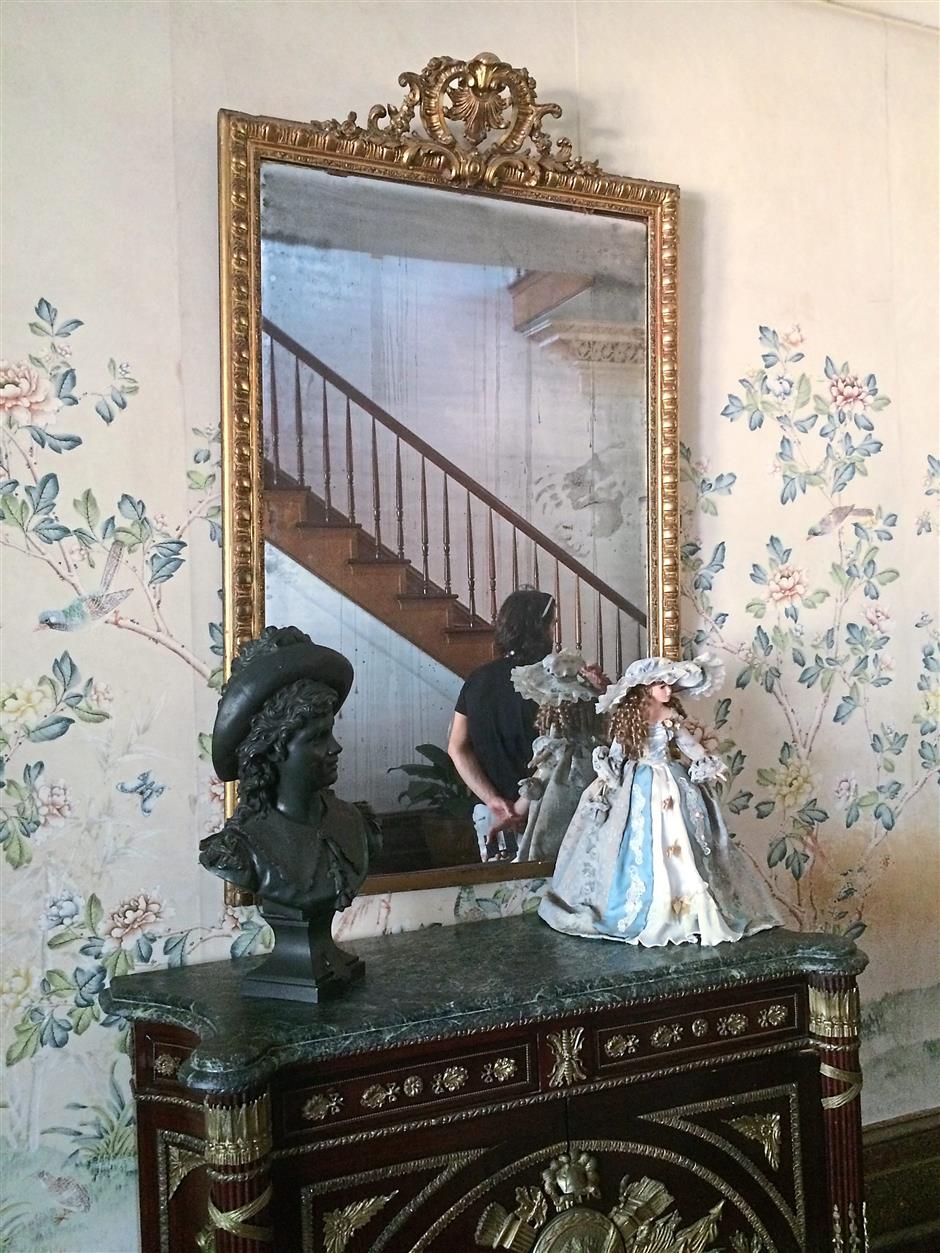 Can you see grimy claw marks on the right side of the mirror? This haunted piece of furniture purportedly holds the spirits of a mother and her two daughters who died tragically.

The most foreboding item at the house is the large mirror that faces the staircase in the foyer.

“If you look closely, at the right angle, you should be able to see claw marks. We’ve never been able to remove them, despite all the cleaning,” Pruitt says. When my eyes finally settle on the grime that resembles the aforementioned claws, a cold shiver runs down my spine.

According to legend, a scorned slave named Chloe poisoned the Woodruff family – one of the home’s many owners in its tumultuous 200-year-old history – with an oleander-laced birthday cake. Sara, the lady of the plantation, and her two daughters died. Their spirits are rumoured to be trapped inside the mirror, eternally trying to claw their way out to the other side.

The years of slavery

If anything, slavery is an uncomfortable truth that visitors to the Deep South are forced to face. Antebellum Louisiana, after all, was a slave state. Enslaved African-Americans comprised the majority of the population during the 18th century colonial period.

And over at Frogmore Plantation along Route 84, the subject of slavery is extensively covered on the tours around its vast cotton fields. Visitors receive thorough explanations of slave culture and the plantation system in America, while viewing tools and antiques in authentic, restored buildings on the property.

What’s interesting is that the information is based on former slave narratives.

“We don’t hide the topic. It may be uncomfortable, but it’s at the forefront of what we do here,” owner Lynette Tanners explains. 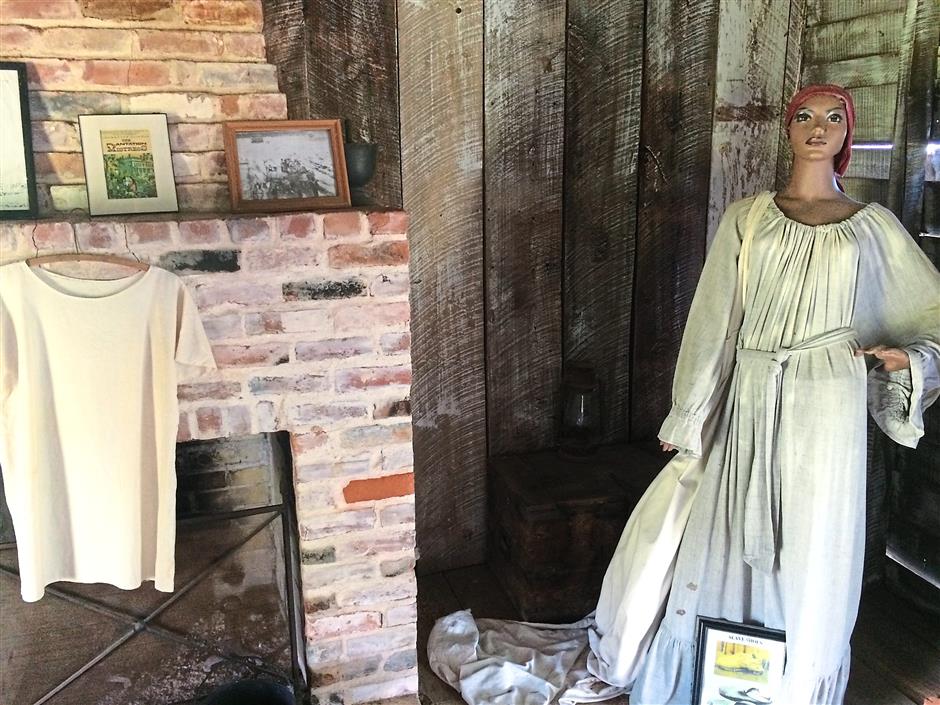 At Frogmore Plantation, visitors will receive a thorough explanation of the slave culture and the plantation system in America.

Interest in the place – and many other plantations in the state – has been on the rise in recent years, thanks to the movie 12 Years A Slave. The 2013 period film was based upon the real life account of Solomon Northup.

“More black visitors, especially the young ones, have been visiting us lately. I think they are ready to talk about it now,” the woman offers.

Frogmore Plantation prides itself in being the only cotton plantation in the south that offers a comprehensive guided tour that fully explains the causes and effects of change on a working cotton plantation from the 1700’s through today.

It’s not all grim in southern Louisiana, though. Travel to the quaint city of West Monroe and there’s quirky history to be uncovered. 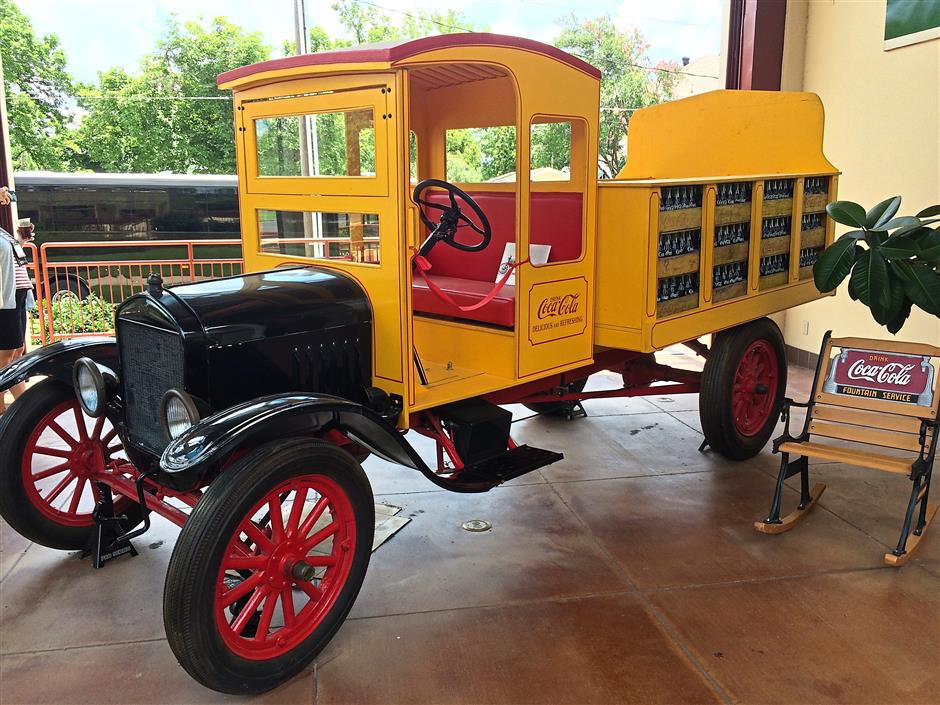 Coca Cola memorabilia can be found at the Biedenharn Museum in Monroe.

Located beside the Quachita River, the Biedenharn Museum and Gardens is a home museum with an extensive collection of Coca Cola bottles, Bibles and as its name suggests – gardens.

That multifarious collection is a reflection of the Biedenharn family’s eclectic interests and business ventures. The house, with its unexpectedly modern glass entrance and view of the garden behind, is a charming and inviting venue.

To see truly spectacular gardens, the Rosedown Plantation – with its maze of flower beds and fountains – is the place to be. It’s also very mysterious. 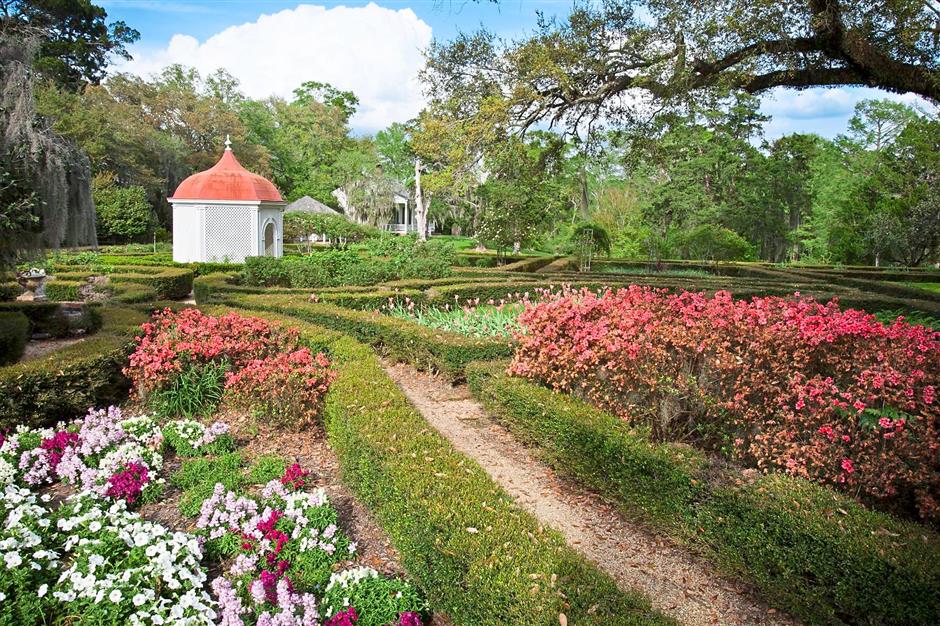 The beautiful gardens at Rosedown Plantation expanded over the course of many decades, and now covers about 28 acres. Photo: Louisiana State Parks

But walking down the wide path to the home’s majestic entrance, I can’t help but feel a sense of unease. With its surrounding cypress trees and forlorn-looking Roman statues, the place looks like something out of an Anne Rice novel.

“There are stories about apparitions seen when it’s cold and late at night ...,” my guide begins, as we tour around the old property. I tear open the packet of salt I’ve taken from the hotel and throw the salt over my left shoulder (Ed’s note: Possibly from watching too many vampire shows).

This media trip was sponsored by the US Embassy Kuala Lumpur.