Ghostly secrets within the walls of Preston Castle 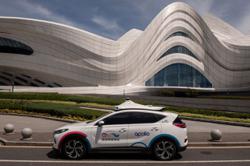 1 A visitor exploring a dormitory room﻿. The Preston Castle Foundation offers tours of the building. 2 A photo of the class of 1895 at Preston Castle﻿. The castle was a reform school for delinquent youth and known as the Preston School of Industry from 1894 until 1960.3 Tour guide Page leading a tour﻿.4 A black and white photo of Preston Castle. — Photos: Wikimedia Commons

Dad always told me if I didn’t behave – “clean up my act” were his exact words, actually – that I would end up in a place like this. Meaning, reform school. Meaning, I’d get pummelled by some kid whose crimes far exceeded my rap sheet of sassing back and chronic failure to clean my room. Meaning, I would regret how good I once had it at home.

Until recently, I had managed to avoid such a fate.

But when I finally set foot into the Preston Castle, Ione, California, the crumbling yet still regal brick building on a hill looking over this Amador County burg, and heard stories, absolutely hair-curling tales, of life and times of “youthful offenders” in the euphemistically dubbed Preston School of Industry from 1894 to 1960, it certainly made me appreciate that I did, indeed, clean up my act enough to be spared the indignities of forced confinement.

A US$10 (RM43.50) tour, courtesy of the Preston Castle Foundation, lays bare the harsh life behind the castle walls and how, for some, it changed their lives for the better.

You’ll see the floor – yes, the hygienically dubious floor – where doctors performed operations before 1913, the year someone finally had the notion that a gurney might be a better surface on which to cut someone open. You’ll ogle the dunking baths, where a rich chemical stew once was used to purge each newly shave-headed boy of lice and dignity. You’ll stroll through the stark institutional green dormitory where Company B, the real incorrigible hard cases, slept in row upon row of flimsy mattresses and shared just one lidless toilet. And you’ll see the basement kitchen area where, in 1950, cook and housekeeper Anna Corbin was bludgeoned to death by a boy who either was training to be a food critic or had some anger-management issues. Or both.

Preston Castle was a reform school for delinquent youth called the Preston School of Industry from 1894 until 1960. The castle closed in 1960, but new facilities for the school on the grounds remained in service for several years after that.

Then again, life here wasn’t all unrelenting grimness. After all, these young wards of the state got three square meals a day and a roof over their heads, which is more than many could say for their life on the outside, especially during the Depression years when desperate parents were known to dump their charges at the castle as if it were some day care/boarding school.

These boys, ages seven to 18, had a tennis court and a rose garden. They had a 7,000-book library with a verandah overlooking the town. The more docile and agreeable boys were even able to live in cottages ringing the castle and learn trades more socially acceptable, if not as lucrative, than hot-wiring cars or burglarising homes.

Sure, many still tried to escape and were recipients of corporal punishment that today would be considered barbaric and certainly litigable, but many Preston boys went on to great things and productive lives, counting among its distinguished alumni singer Merle Haggard, actors Rory Calhoun, Lee J. Cobb and Eddie Anderson (Rochester on The Jack Benny Show), and tennis star Pancho Gonzales.

This much is certain: The boys lived in some tricked-out digs, a 4,273sq m, 77-room mansion with no fewer than 43 fireplaces, 257 windows overlooking the tawny Amador County foothills, a tower festooned on each side by intimidating gargoyles, hallways bedecked with ornate wainscoting and a rutilant sandstone exterior in the Romanesque Revival architectural style.

It’s all pretty much trashed now. Don’t blame the wards. They, by all historical accounts, kept the place spic and span. It’s the state that helped turn Preston Castle into a looter’s haven, stripping the place of almost everything not tied down – and much of that was after the 1960 closure. And now, it’s the non-profit Preston Castle Foundation – which just a few months ago was gifted the deed to the property after nearly two decades of wrangling with the state – that’s trying to rehabilitate the structure just as the boys were hoped to be rehabilitated in days of yore.

The first step, of course, is fundraising. Ask members of the foundation, which has leased the castle since 1997, how much will be needed to restore the castle, and they throw out figures between US$15mil (RM65mil) and US$30mil (RM130mil). This is eyebrow-raising until you actually step into Preston and see what decades of neglect have wrought.

Some walls are stripped of, well, walls. They are reduced to exposed beams, like the grin of a partially toothless hillbilly. Ceilings sag, floors buckle, stairs creak like the knees of an arthritic old man on a rainy day. Those 43 fireplaces? Stripped of their hand-carved mantles made from rosewood. The marble flooring and sinks? They probably now are spit-polished and shiny and adorn any number of homes in the region.

“When they closed the place, the state told (its) workers, ‘You can get your friends and anybody can come up and take what you want from the castle because we’re going to demolish it,’” said Donnie Page, Preston Castle Foundation docent. “But they didn’t demolish it. Still, they took all the moulding, even the fire hoses. You know Firehouse restaurant down in Old Sac? Remember that beautiful spiral metal staircase they got there? That belongs on the fourth floor here going to the tower. The state even took, and sold, all the slate roofing. We finally got a roof back on it in 2001.”

Page just shrugged when tour members literally gasped at the cravenness of state-sanctioned stripping such a statuesque building for profit. What’s done is done, he said, and now comes the restoration stage.

Not waiting for the high-rolling donors to pony up, the foundation has opened the castle to tours on weekends and select Thursdays. They draw a steady stream of the curious, those who have driven past the site on Highway 104 and wonder about the interior and the backstory.

Quite a backstory it is, too. Page, a garrulous sort who moved to Ione after a career at the Sacramento City Unified School District, enjoys regaling visitors with tales from the past – the good and the bad and the spectral. Yes, like many an old, abandoned building, the Preston Castle is said to be haunted by ghosts, not just the tortured soul of the murdered Anna Corbin but some of the 17 boys whose graves line the site’s cemetery.

But the history of the castle is baroque and Dickensian enough even without ghosts.

Page delights in telling about the crude conditions early on in the infirmary, which apparently was a busy place, especially in the first two decades of the 20th century. The 1918 flu epidemic affected nearly half the Preston staff and a third of the boys, Page said. Those not flu-stricken often began their matriculation at Preston battling tuberculosis or the effects of addiction to opium, alcohol or heroin.

“Life was tough here,” he said.

Especially if you needed an operation before 1913.

“Somewhere on this floor is where they’d do the operations,” Page told the tour members, asking them to wander around the dusty concrete floor until they found the spot. It turned out to be in the far right corner, near a set of double windows. “The light from this window was so great, (the doctor) could do it right here (without electricity).”

Cleanliness seemed to matter a little more when the boys checked in upon arrival. They were herded through a side door, shorn of their hair, stripped and led to a pool of harsh chemicals. With only a pole for support, they were made to walk, with their heads underwater, about 1.8m to the pool’s far end to rid their bodies of potential pests.

“I call it a cattle dip,” Page said. “A lot of these boys had open sores. I don’t know how (this procedure) didn’t kill ’em. Can you imagine the pain if you have an open sore on your head? The state eventually stopped that for inhumane reasons.”

Humanity did exist – there was tennis, the library, gardening – but that hardly made it a country club-like existence. But the boys tried to liven things up. Page tells one story about how the rose garden seemed to be quite popular one summer among wards who showed a great interest as budding horticulturists. Turns out, a tribe of youthful entrepreneurs had a marijuana crop growing amid the roses.

Escape attempts, too, happened pretty much every week. A horn would sound in downtown Ione when it was discovered another Preston boy had flown the coop – there was no barbed-wire fencing around the vast acreage – and a manhunt would ensue. “You got a $10 reward if you turned a kid in,” Page said.

The young Merle Haggard made a break for it twice in the early 1950s, Page said. The first time, he and a buddy planned it six weeks in advance, shimmying down a fire escape and off into downtown Ione. Haggard, who apparently was as dexterous with car doors and engines as he would later be with guitar strings, sprinted towards the closest car he could find, jumped in, hot-wired it in less than a minute and hit the gas pedal.

“But he didn’t notice the car’s owner had chained it to a tree,” Page said.

Haggard hid in a cubby hole nearby the stalled car, as the police began their search. The police chief’s young son, the story goes, was about at eye level with the crouching Haggard. The two locked eyes. Haggard put his finger to his lips to shush the child. The boy ratted him out anyway. As Haggard later wrote in his autobiography, the last thing he remembered from that escape attempt was looking over his shoulder as he was being led away and seeing the little boy wagging his finger at him.

“The next time Merle escaped,” Page continued, “he stole the police chief’s car and got all the way to Fresno before he was caught and brought back.”

And what punishment did escapees face?

“Contrary to what they said at the time, the boys were beaten, severely punished,” Page said. “Boys were whipped and thrown in solitary confinement. It was pretty bad.”

The Preston Foundation has reached out to Haggard to perhaps stage a benefit concert. For some reason, Haggard reportedly declined the invitation.

“He wants nothing to do with this place because of what he calls his ‘fond’ memories, like being hit with two-by-fours,” Page said. “Merle’s got a tattoo on one of his wrists with ‘PSI’ on it. He hasn’t forgotten.”

Apparently, neither have the apparitions that haunt the place. Page said he didn’t believe the ghost stories until an incident happened to him in 2010, involving a gust of wind and an eerie feeling, that scared him off for six weeks before he eventually returned to docent duties.

Don’t let that scare you off. In fact, bring the kids to Preston Castle. Tell them if they don’t clean up their act, they’ll wind up in a place just like this. Believe me, that rhetoric works. – The Sacramento Bee/Tribune News Services

Ghostly secrets within the walls of Preston Castle 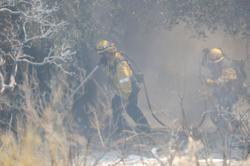