Are men finally done with the traditional suit and tie? With the worst of the pandemic now (hopefully) behind them, men seem to be in no hurry to step back to the formal and confining cuts of the suit as we know it, preferring looser and lighter garments.

Women, however, are making the suit and tie their new best friend for stepping into the upcoming fashion season with style and elegance.

The appeal of the suit and tie may wax and wane, but they'll always be fashion stalwarts. This classic menswear look, which also became a symbol of feminine elegance and power thanks to various fashion designers – Yves Saint Laurent in the lead – evolves and adapts but never disappears entirely.

And a global pandemic isn't about to change that.

While its fate was thought to be doomed, abandoned in favour of a much more relaxed men's wardrobe, the suit-and-tie look is now taking over the womenswear wardrobe. From red carpet events to fashion shows, street style and fashion shoots, the suit and tie are simply everywhere!

The after-show party of the last Oscars ceremony was awash with gowns, each more glamorous and sexy than the next. But American actress and singer Zendaya stood out, walking the red carpet in an elegant black suit and tie, matched with a fuchsia shirt, from the Sportmax Autumn/Winter 2022 collection.

The outfit did not go unnoticed, accentuating the star's natural allure and charisma, and bringing that air of "power" that can make all the difference.

Is it about wanting to stand out from men? Or, on the contrary, a way to shatter gender stereotypes? Or is it simply a way to (definitively) turn the page on the pandemic?

Whatever the reason, women seem to have made the suit and tie their new fashion must-haves, and from the look of the Autumn/Winter 2022 shows, the trend seems set to last. Shunned by men, the suit and tie are proving popular among women. Photo: AFP

Louis Vuitton is one of the fashion houses that has put the suit and tie on the womenswear agenda, focusing on a retro-inspired look, with a mix of materials, colours and patterns.

The French luxury brand didn't hesitate to occasionally slip a tie under a sleeveless dress, with or without a shirt, playing with a new slant on femininity – or perhaps masculinity – that's elegant and powerful, but also with a nonchalant touch.

And while the suit seems to be landing in formal or casual versions, the tie stands out as THE accessory to adopt.

From schoolgirl uniform looks to the traditional two-piece, the tie found pride of place in the latest collections of Dior, Gucci, Ralph Lauren and Rokh.

Miu Miu meanwhile substituted traditional ties for a long scarf tied around the neck, worn with a top, a shirt or a tank top with a see-through effect.

Zendaya isn't the only celebrity to have embraced this menswear classic, with other celebrities soon following suit.

Despite the arrival of summer and rising temperatures, the suit and tie is still becoming more and more popular.

Actress Chloe Grace Moretz, for example, showed up stylishly suited for the presentation of Louis Vuitton's 2023 cruise collection in San Diego, California. And all these signals point to the suit and tie being the star style of the Autumn/Winter 2022 season. – AFP Relaxnews

Is 'one size fits all' fashion achievable? Yes, if brands are genuine about it

Pink is the new black: All the cool kids want to dress like Barbie 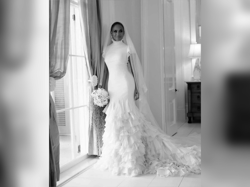