Planter's heritage: Preserving an important past

As our car pulled up into the driveway of Hatter’s Castle amidst a well-manicured lawn, it was almost like time stood still.

A huge ketapang (sea almond) tree and pokok ara (ficus) stand guard outside the building a short distance away.

Quiet, green and unhurried, the stress of city life seems to magically disappear into the open skies.

We were at Sime Darby Plantation’s oil palm estate on Carey Island, Selangor (located south of Port Klang), where 10 out of 14 buildings have been declared heritage buildings by Badan Warisan Malaysia (The Heritage of Malaysia Trust).

Hatter’s Castle sits on a 2ha land and is the first colonial-styled building constructed on Carey Island in 1923 by Danish engineer C.L. Gjorup.

Its design is influenced by Edward Valentine Carey, founder of Carey Island, while its name is inspired by a novel of the same title by A.J. Cronin.

The word “hat” comes from a domed roof originally built over the first floor terrace which sadly was removed in the 1950s due to the decay of the wooden structure.

Hatter’s Castle is hailed as a model for all plantation and hill station bungalows during the colonial era for its unique design and quality of construction. The design was later replicated for the other bungalows located in Sogomana, Perak, and Teluk Merbau Estate, south-west coast of Selangor.

The Club House, another heritage building, is where social activities were held. Facilities include a swimming pool and an 18-hole golf course.

The first occupants of the house was Gjorup himself (who moved in on Jan 1, 1923), and James French, the first general manager of Jugra Land who occupied the top floor.

“It is quite an exotic planter’s bungalow because of its rather extravagant architectural design, compared to the other bungalows built at the same time. It’s certainly unlike any other planter’s bungalows I have come across and I can only assume that Mr Gjorup, who built it for himself to live in, designed it with his own requirements in mind rather than those of a regular planter’s bungalow, which at that time was much more basic and simple,” said Datuk Henry S. Barlow, 71, former Sime Darby Berhad board member, during an interview at Hatter’s Castle foyer. The lower ground floor features a patio leading to the garden below the hall and stairway, while the top floor features an “S” shaped apartment occupied by French during his six month-long visits, which can be reached via a small stairway which connects to the kitchen area.

The VIP Bungalow, the largest and grandest of the Carey Island bungalows.

The furnished, cosy apartment has a painted timber ceiling, plaster columns and access to a balcony.

With a built-up area of 495sqm, the European-styled bungalow spreads over four different levels and cost RM25,500 to construct.

Barlow, who is also honorary secretary of Badan Warisan Malaysia, explained that some of the floor boards were uneven because they were built without piling work.

Almost all the building materials were derived locally. Bricks were custom-made on Carey Island while the timber came from the nearby Jugra Hill.

Roof tiles were imported from France and Britain.

The original windows were constructed without glass – although netting was installed to keep the insects out – promoting natural ventilation.

The Hatter’s Castle living room featuring wood flooring and columns constructed from timber obtained from Jugra Hill in Selangor in the early 1920s.

The VIP Bungalow still retains the original furniture from the 1900s like a four-poster bed and wooden dresser.

A unique fact about the building is that the concrete used was mixed with duck egg whites to strengthen the mixture.

“You can imagine how many ducks were needed to lay eggs in order to get the egg whites!” explained Ezzaruddin Abdul Rapar, special projects manager, as he took us on a tour of the bungalow.

“Badan Warisan Malaysia also verified that the bricks here were of better quality than those of buildings constructed in the same era, like the Sultan Abdul Samad building in Kuala Lumpur,” he said, adding that most of the construction workers came from Shanghai, China while a few were from the local Mah Meri tribe.

Hatter’s Castle also incorporates a rainwater harvesting storage system with underground tanks. The water is only used for cleaning and gardening today.

As part of preservation efforts, old roof tiles are salvaged from colonial buildings in other Sime Darby estates in Peninsular Malaysia which are due for demolition (after being declared as beyond repair). These tiles are then kept in a roof tile bank.

The manager’s office inside the Plantation Museum, one of the 10 heritage buildings at Sime Darby Plantation’s oil palm estate on Carey Island.

Overall, it takes about RM5,000 to RM10,000 a year to maintain the premises of the building, which serves as a guesthouse for Sime Darby visitors and senior executives.

Another significant heritage building is the West Estate Bungalow built in 1926, also known as the VIP Bungalow.

The largest and grandest of the Carey Island bungalows, its location on the banks of Sungai Langat grants it great views of the river and also the bund surrounding the island. (Carey Island is situated below sea level).

One unique feature of the building is its triangular airwells etched under the windows on both floors.

Wide windows, wooden flooring and ornate timber banisters inside transport visitors back to a bygone era while decorative coloured glass can still be seen on the upper part of certain door panels.

The bungalow still retains the original furniture from the 1900s including a four-poster bed and wooden dresser, while lighting from the 1930s still function to illuminate the rooms.

“In the old days, the expatriate managers had nowhere to go and had to stay in the bungalows, sometimes up to five years, so there was incentive to make the place more like home,” said Barlow, chairman of New Britain Palm Oil Ltd, a wholly-owned subsidiary of Sime Darby Plantation.

Currently, the VIP Bungalow also serves as a guest house for senior staff and visitors.

Providing a source of entertainment for estate managers and personnel back then was the 985sqm Club House.

With a swimming pool and an adjacent 18-hole golf course, the airy, open-plan design building was where activities like plantation parties were held. It was also built by Gjorup.

The total oil palm plantation land in Carey Island spans 15,000ha, with 11,700ha belonging to Sime Darby. The rest is owned by the State Government and the Mah Meri tribe.

The heritage buildings located on Carey Island are concentrated and more orderly in terms of layout and architecture, compared to other Sime Darby estates.

High ceilings and open windows help keep the spaces cool in the daytime.

Lighting from the 1930s hang from the European beam ceiling at the VIP Bungalow.

“These bungalows constitute a vital element of the early history of the plantation industry. The industry was formed in the early years of the country’s development and still forms a crucial pillar of the Malaysian economy.

“We owe it to our successors as much as our forebears to ensure that such houses are cherished and conserved, using where necessary principles of adaptive reuse. They can thus continue to serve the estates and bear witness to the history of the industry for years to come,” said Barlow.

Besides Hatter’s Castle, the VIP Bungalow and the Club House, there are also the West Estate Office which now serves as the Plantation Museum, the Carey Island Group Hospital which only caters for out-patient treatment, and, the police station and post office building which also houses the Mangrove Research Centre.

The oil palm tree originated from West Africa and was a wild plant before being developed into an agricultural crop. It was first introduced to Malaysia, then known as Malaya, by the British in the early 1870s as an ornamental plant.

In 1917, the first commercial planting took place in Tennamaram Estate in Bestari Jaya, Selangor, laying the foundation for oil palm plantations and the palm oil industry in Malaysia.

Oil palm cultivation gathered more momentum in the early 1960s under the government’s agricultural diversification programme which was introduced to reduce the country’s economic dependence on rubber and tin.

Later in the decade, the government introduced land settlement schemes for planting oil palm as a method of eradicating poverty for the landless farmers and smallholders. Malaysia’s oil palm plantations are largely based on the estate management system and smallholder schemes.

Malaysia is one the largest producers and exporters of palm oil in the world, accounting for 9.7% of the world’s oils and fats production and 21% of export trade of oils and fats.

Sime Darby Plantation is the plantation and agri-business arm of the Sime Darby Group. It is one of the world’s largest palm oil producers, responsible for about 2.4 million tonnes or 4% of the world’s crude palm oil output a year.

Sime Darby Plantation’s first estate was the Tennamaram Estate, which spans over a total of 1,835ha.

The company’s operations in Malaysia is today represented by 126 oil palm estates spanning close to 350,000ha of planted area in Peninsular Malaysia, Sarawak and Sabah.

To date, Sime Darby Plantation has expanded to Kalimantan, Sumatera and Sulawesi in Indonesia, Liberia, and more recently in Papua New Guinea and Solomon Islands where a total of over 605,000ha are planted with oil palm.

Planter's heritage: Preserving an important past 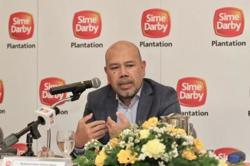 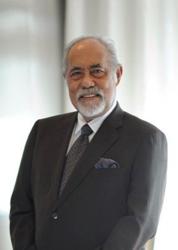