Rausch has spent the last five years building a total of 20 different instruments in his workshop in rural Brandenburg. Photo: Patrick Pleul/dpa

Gotz Rausch squats on a cushion on the floor of his workshop in Lunow-Stolzenhagen and lightly strokes the strings on a rectangular wooden box on legs.

It creates a soothing, vibrating hum. Rausch, an instrument maker, then uses his other hand to adjust something beneath the box, creating a lightly buzzing sound.

"This is a kotamo, a mixture of three different instruments," he says.

Rausch doesn't need any sheet music to create the soothing tones from his combination instrument.

"That's just the great thing about therapeutic musical instruments. You can play them without taking long lessons to do so, and it creates access to the soul."

That's why these wooden musical wonders are so versatile, being used in settings from hospitals to children's facilities, music schools and psychotherapy or physical therapy practices, he says.

Rausch has spent the last five years building a total of 20 different instruments in his workshop in rural Brandenburg, the German state that surrounds the capital Berlin. A native of Hamburg, he learned the trade 25 years ago in Berlin.

Back then, his teacher was among the few people who knew how to make therapy instruments, he says. Now, Germany is home to some 20 specialists, according to Rausch.

After all, the benefits of music therapy are well researched and widely known. More and more sound therapists are being trained.

There's a six-term Master's degree in music therapy at the Berlin University of the Arts (UdK), says professor Susanne Bauer. Annual intake is 14 per year, with 42 prospective music therapists currently studying at the UdK.

A federal working group has now introduced its own certification procedure for the profession, says executive director Judith Brunk, noting that it's not yet regulated by the government and "therefore there are unfortunately also dubious providers on the market".

Music therapy is a practice-oriented scientific discipline used in child and adolescent psychiatry, therapeutic pedagogy or when working with dementia patients.

The way it works is that a patient lies on a sound couch, and their body absorbs musical tones directly, through vibration. This also works with the monochord, which is placed on the abdomen, where people have very sensitive receptors, says Berlin psychotherapist Gerhard Tuschy.

"The vibration leads to a truly blissful experience. Monocord sounds have a distinctly harmonising effect, can lead to an improvement in the basic feeling of life," says Tuschy, who has been working with sounds in his practice for 30 years.

"Hearing has more meaning than we realise. It starts in the womb. The experience is stored in the body's memory."

Meanwhile, Rausch sells his instruments all over the world, saying there is a great deal of interest in them.

"We can hardly keep up."His team includes a piano maker and a sound technician. Despite the great demand, Rausch is not planning on expanding his operation.

"That won't make me any happier. I'm happy the way things are," he says.

He lives together with 40 other cooperative members on a former estate of a village that has now become the home of many creators and artists.

"The nice and special thing for me is that the newcomers don't segregate themselves from the villagers. In the volunteer fire department, for example, we just all join in," Rausch says.

Making his instrument by hand is a process that takes time, countless steps and selected "ingredients", he says.

"The most important component are the wooden covers over which the strings are stretched. The wood for them comes from mountain spruces in Switzerland – very light and with a wonderful sound," he says.

All the great instrument makers of past centuries used this particular wood, whether they were building violins, pianos or guitars.

"When it comes to the wood used for the frames, it's all about appearance and weight, so I use local alder, but also maple or beech."

"No one has asked me about an apprenticeship yet."For Rausch, life without music would be unimaginable.

He is also a guitarist, plays freely, without sheet music and sometimes goes on tour with his band.

"My approach is to make music accessible to everyone – even without learning an instrument first. It's the sound that makes the music, a sensory experience that anyone can actually perceive." – dpa

Researchers use AI to explain how music affects our minds, bodies, and emotions 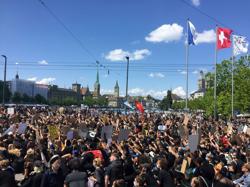