Bowden could witness his son Michael's high school graduation ceremony at home before he passed away, thanks to the school principal, teachers and other staff members. Photo: Abderrahmane Meftah/Unsplash

But thanks to the extra effort from his family and school administrators, a special ceremony was conducted in Bowden’s east Alabama home in the United States, where father and son celebrated the milestone together.

Mike died two weeks later – and two weeks before the official graduation ceremony. In emailed interviews with the Ledger-Enquirer, Jessie Bowden, the mother of Michael and the wife of Mike, shared this story, along with school principal Tonya Keene.

While talking with her sister, Jackie Sharpe, Jessie lamented Mike wasn’t healthy enough to attend graduation. Sharpe suggested contacting a school administrator to find out what could be done to accommodate the family’s situation.

Jessie emailed assistant principal Christopher Baker and asked whether she could borrow a cap and gown to conduct their own ceremony at home.

“And to push my luck,” Jessie said, “would he consider handing a fake diploma to Michael in front of his dad?”

Baker called Jessie the next day to give her the good news: The administration agreed to fulfill her request – and make it a surprise.

“It was a team idea to try and do more,” Keene said.

On April 25, cars started lining up in front of the Bowden family’s house in the east Alabama community of Seale. Mike was lying in a portable bed in the den, where a sign declares, “Bless this home with love and laughter”.

“My husband was in complete awe,” Jessie said. Jessie told him: “Mike Bowden, you are invited to the graduation of Michael David Bowden Jr.”

Tears welled up in Mike’s eyes.

“He didn’t know what to say,” Jessie said, “but the look on his face was priceless.” Keene presented Michael with his real diploma in front of Mike.

“I started crying and felt so humbled that we were invited into such a private yet important moment in the family home,” she said.

Michael declined to share his thoughts about the ceremony, but Jessie spoke for the family when she said: “The team that came to our home couldn’t have made it any more special.”

Keene explained why they did it.

“It was the right thing to do,” she said. “All of our kids work hard to meet the milestone of graduation, and our parents/families are incredibly supportive, and they deserve to be able to celebrate with us.”

Keene also saw the ceremony as a boost for the school’s administration.

“So often we get caught up in the daily stress of the job or how admin and teachers are attacked via social media and society,” she said, “... and it made all of that melt away. This, THIS, is why we do this. It centred all of us to our purpose and mission field.”

“My heart was about to burst with pride, happiness and sorrow, knowing this was the one thing keeping my husband here,” she said.

Mike died May 9 at home. He was 64. After working for 25 years as a carpenter, Mike worked his last 12 years as a machine technician at Campbell Snacks.

“We were together 21 years in total,” said Jessie, who works part-time as an assistant at Elizabeth Robinson Surgical Clinic. “He truly was my soul mate. My heart will never be the same. He suffered a long time. He was terrified of leaving us. He wasn’t ready to die. Cancer stole him from us.”

This special graduation ceremony, however, shone light amid the family’s darkness.

Heaven can wait: How super-centenarians live 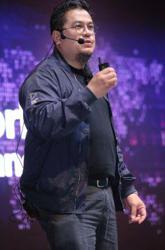