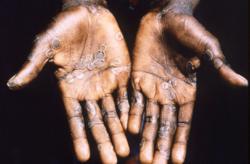 Many years ago, as an undergraduate student, neuroscientist Dr Michael Ling met an individual who worked with Down Syndrome children at Kiwanis Malaysia.

The latter looked after the children and provided them with special education. But what was unique about her was that she herself had Down Syndrome.

“Not only was she able to comprehend, lead and follow conversations well, she was very well-versed with the flow of work at the centre and did a great job looking after the children there,” recalled Ling.

“That was the first time I had such a close interaction with a person with Down Syndrome and it really changed my perception of them,” admitted the 42-year-old from Melaka.

Ling said his experience opened his eyes to the importance and benefits of early special education and medical care for Down Syndrome children, and more importantly, how they can contribute to society and live a regular life.

“That encounter sparked my interest in studying more about the condition,” said Ling, who went on to earn his PhD in developmental neurogenetics from the University of Adelaide, Australia.

The associate professor in developmental neurogenetics at Universiti Putra Malaysia’s (UPM) Faculty of Medicine and Health Sciences is also a postdoctoral fellow in neurodegenerative and neuropsychiatric disorders from Harvard Medical School. The grants are given to support neuroscientists trained abroad who return to their home country to continue their research.

In order to be eligible, the awardee needs to write a research proposal as well as provide support letters from the home institution (UPM) and the host institution (Harvard Medical School) for the knowledge transfer, explained Ling, who was surprised and ecstatic about receiving the grants.

Ling’s proposal was on the study of Down Syndrome brain development using cerebral organoids (artificially grown in-vitro miniature organ resembling the brain) or “mini brains on a dish”.

Down Syndrome is caused by the presence of an extra copy of the 21st chromosome (or trisomy 21), resulting in physical and mental development delays and disabilities.

Ling is determined to find out how having this additional chromosome leads to complications in growth and development.

“Understanding the underlying molecular and cellular mechanisms caused by the additional genetic material would enable us to formulate the correct therapy right from the start, in particular, finding a way to revert the intellectual disabilities among Down Syndrome children while they are still in the womb without any harm to the mother or child,” he explained.

The youngest of six siblings, Ling lives in Puchong, Selangor with his wife Dr Cheah Pike See, who also works at UPM as an associate professor in anatomy and neurobiology. “I’m grateful that my family has been very supportive of my work and research.

“The grant awards will help kickstart my research in Down Syndrome in Malaysia, and I consider myself very fortunate to have received them.

“Research grants are very difficult to get during the pandemic as most resources have been diverted towards combatting Covid-19,” he said.

Both grants are being administered by UPM and Ling aims to use the funds to establish a facility in the Faculty of Medicine and Health Sciences’ stem cell research laboratory to grow Down Syndrome brain organoids, a model that will enable him to find answers to questions about Down Syndrome.

“My team has a great interest in finding out how the additional chromosome can lead to intellectual disabilities.

“Throughout their development, children with Down Syndrome have a smaller head circumference, and their brain has a lower volume compared to their unaffected peers.

“The number of neurones and their ability to branch and connect with each other are also lesser, and the Down Syndrome brain undergoes more significant stress throughout its lifespan, leading to accelerated neurodegeneration or early onset of dementia,” explained Ling.

“We are determined to find a way to restore this neurone-astrocyte imbalance that occurs in as early as the first month of the pregnancy.

“We’d like to find a treatment, such as a drug or supplement, that can be given to high-risk women who plan to conceive so that we can prime and modulate brain cell fate in the affected embryo/foetus to restore the neurone-astrocyte ratio without putting the mother or embryo/foetus at risk,” he added.

“This will help lessen the chances of Down Syndrome from occurring.”

Ling shared that there are many challenges in the field of neuroscience.

“While neuroscience has advanced tremendously in the past few decades, the human brain is still very much a mystery and a cure hasn’t been found for many brain disorders at this point of time,” he said, adding that the lack of feasible models makes studying human neurological disorders difficult.

“But as neuroscientists, we are like parts of the bigger picture, and I’m glad to be able to contribute towards the understanding of the human brain or molecular pathology of neurological disorders. 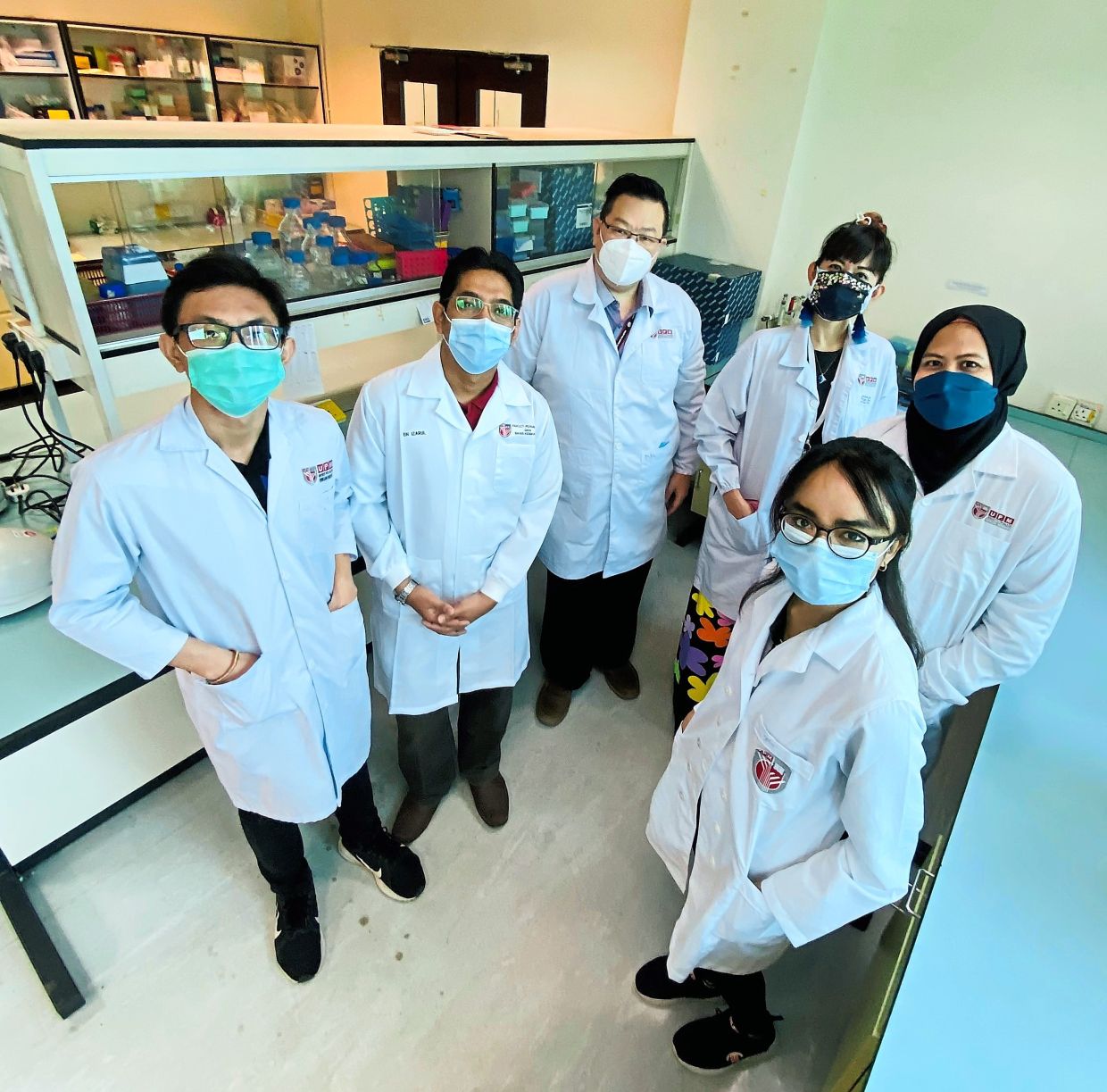 Ling (third from left) with his wife, Cheah, (fourth from left), and members of their research team. Photos: Dr Michael Ling

“With the new technology I’ve mastered, our group can grow a patient-derived mini brain on a dish to recapitulate disease development, onset and progression.

“This fascinating technology leading to the advancement of brain organoids and genome editing (genetic engineering) will revolutionise the way we perform neuroscience research,” he said.

Ling said his ultimate goal is to eventually be able to revert the neurone-glia cell ratio imbalance in Down Syndrome individuals so they would one day possess the same intellectual capabilities like other individuals.

“When we have more neurones, we expect them to branch and connect better, leading to better learning capabilities and memory retention.

“But while the method focuses on the early modulation of Down Syndrome embryos during the early stage of development, studies can and should also be done on the beneficial outcomes of the same approach to leukaemia and early onset dementia,” he said.

“At Harvard Medical School, I had the privilege and opportunity to learn CRISPR-Cas9 groundbreaking gene editing technology, a molecular tool used to cut and remove one or more DNA sequences in the genome of any living organism (using organoids).

“This means that genetic disorders can be cured by editing and restoring the inherited (faulty) DNA sequences to functional ones such as editing a mutation on the APOE-e4 gene, which increases the risk of someone developing Alzheimer’s disease by 15 times,” he said.

“But given the right research funding, well-equipped facilities and great talents, I’m confident that we can see the ideas translated into clinical practice in the next 10 to 15 years,” concluded Ling.