Magellan fuelled globalisation and proved that the Earth was not flat 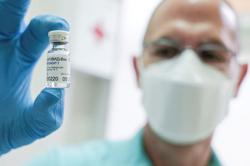 Boats in the Strait of Magellan, a passage of water between mainland South America and Tierra del Fuego. — dpa

Like many of his fellow explorers, Ferdinand Magellan stumbled upon his greatest discovery unexpectedly.

Five hundred years ago, the Portuguese navigator was looking for a new route to what were known as the Spice Islands in the Pacific.

In passing, he proved that the Earth was not flat.

He sailed around the southern tip of South America and discovered a strait in what today is known as Chile that became the most important sea route between the Atlantic and Pacific oceans – before the opening of the Panama Canal.

That passage of water, separating mainland South America from Tierra del Fuego, is now named after him: the Strait of Magellan.

At the behest of the Spanish crown, Magellan set sail from Seville in September 1519 with five ships and a crew of 240 men.

His mission was to sail westwards and find a route to the Indonesian Moluccan archipelago, where pepper, cloves and nutmeg grew – spices that were highly sought-after at the time.

With the Treaty of Tordesillas, Portugal and Spain had divided the world among themselves. That meant Spanish sailors and expeditions were barred from sailing around Africa to reach the Spice Islands. A rendering of Portuguese seafarer Magellan, who is thought to have lived from 1480 to 1521. — dpa

Magellan’s 13-month journey took him past the Canary Islands, across the ocean to Guanabara Bay near today’s Rio de Janeiro and the mouth of the Rio de la Plata, not far from today’s Buenos Aires.

He suffered a mutiny and a long winter break in Patagonia along the way. But the fleet finally reached the Cape of Virgins on Oct 21,1520. In the days that followed, a powerful storm drove the ships into a bay – that then proved to be a passage to the Pacific Ocean.

Because he passed through the seaway on All Saints’ Day, Magellan named the strait between Patagonia and Tierra del Fuego the All Saints’ Road.

“Magellan’s feat is a milestone in human history. The first circumnavigation of the world not only proved that the Earth is a sphere, but also enlarged the world, created connections to new cultures and regions, and left us with a new way of connecting globally, ” writes historian Aldo Fredes Gallardo of the Chilean University of San Sebastian.

Although the passage was later named after him, Magellan himself never benefited from his fame. He was killed shortly after his discovery, in the Philippines in a fight with locals.

Meanwhile, of the original crew and fleet, after almost three years and over 46,000 nautical miles around the globe, just one ship, the Victoria, returned to Spain in September 1522, with fewer than 20 men on board.

Magellan is now considered a pioneer of globalisation. The maritime route he discovered connected Europe, South America and Asia – and allowed for European settlement of the Pacific coast of South America. Compared to Cape Horn, which is located further south and is subject to violent storms, sailors long preferred to sail through the Strait of Magellan, which is protected by islands and fjords.

However, once the Panama Canal opened in 1914, the appeal of the Strait of Magellan began to ebb, as the Central American waterway reduces the distance from the East Coast of the United States to the West Coast by about 12,000km – and several weeks’ time.

The Panama Canal is now one of the most important straits in the world. Some 14,000 ships pass through it every year – about 6% of world trade.

Climate change could spell problems for Panama, however.

“We have seen new opportunities and threats – the biggest is climate change, which of course affects us, ” says the canal’s chief administrator, Ricaurte Vasquez. As less and less rain falls in the region, and temperatures rise at the same time, leading to more evaporation, the water level of the artificial Lake Gatun in the Panama Canal is falling. That has a negative effect on how easily ships can navigate the waterway.

Meanwhile, as the polar ice melts to the north, new routes are opening up.

The Northeast Passage along the Russian coast is becoming increasingly navigable due to melting ice at the North Pole, reducing the length of a journey from Europe to Asia by around 10 days.

If shipping traffic along the Northeast Passage increases, this will damage the region’s sensitive ecosystems, environmentalists say.

The situation is calm, meanwhile, in the Strait of Magellan.

Its many islands and inlets are considered a lonely natural paradise.

Now that major trade flows have been diverted, the remote, windy area at the end of the world belongs once more to penguins, sea lions, albatross and beavers. – dpa/Denis Duettmann