Ania - daughter of Sylwia Szlandrowicz and Ruslan Kozynko – feeds lambs on her parents' farm in the Masuria in the Polish lake region. Photo: AFP

The sheep and cows are in the meadow, the cheese is ripening in a room on the ground floor – just the kind of scene attracting increasing numbers of Polish city slickers away from the urban jungle.

Ruslan Kozynko, playing an old piano in the attic of this farm in the lake-rich Masuria region, is one of the cheesed-off urbanites who have turned cheesemakers.

A country with a strong agricultural tradition, Poland is already a European powerhouse when it comes to the production of staples like apples and poultry, so perhaps one day its northern artisanal cheese will become yet another blockbuster hit.

"There are around 1,000 small cheese makers in Poland, though every week I hear of a couple of new folks starting out," said food critic Gieno Mientkiewicz, a great lover of cheese.

These are usually "cultured city dwellers who leave behind lucrative positions at large corporations in search of silence, greenery and a different lifestyle," he told AFP.

He compared the trend to that of France after the May 1968 revolt, when hippie communities dreamt of "raising sheep in the Causses limestone plateaus."

Before piano-playing farmer Kozynko became owner of the Rancho Frontiera farm in the village of Warpuny, he lived in the large western city of Poznan.

The Ukrainian-born classical pianist, composer and mountaineer and his wife Sylwia Szlandrowicz decided around 20 years ago to fulfil their bucolic dream.

They acquired a 17ha ramshackle farm and began by setting up a riding school.

That venture stalled and they decided to start up a cheese business.

"We didn't take any vacation for almost 15 years before we managed to achieve a certain level of lifestyle and comfort," Kozynko said.

Their cattle are of the Jersey breed, named after the largest British Channel Island.

Rather small, fawn in colour and with brown and grey accents, they provide milk that is high in butterfat and "exceptional in flavour".

"In Europe, there are fewer and fewer natural rich herbs, and so I think that's one reason why our cheese is such a hit not only with Poles, but also with the occasional Italian, Frenchman or Spaniard," Szlandrowicz told AFP.

The sheep are Friesians, a top dairy breed from Eastern Friesland in northern Germany.

"We produce fresh sheep's cheese, as well as the so-called Masurian, a ripened cheese with a powerful flavour," Szlandrowicz added.

"It's a farmer's cheese made by hand, whereas the Italian pecorino, which is similar, is an industrial product."

With milk from the Jersey cows, they make the parmesan-like Dzersejan cheese, as well as a Jersey Blue, among others.

'My place on Earth'

Another farm in the region, the Nad Arem facility specialising in goat cheese, has a similar backstory.

The owner, entrepreneur Helena Wroblewska, had gone into sweater manufacturing in the early 1990s in Olsztyn, Masuria's largest city.

But the competition from Asia soon wore her out, she says, so when she came across a lakeside meadow in Kierzliny, she decided "it was my place on Earth."

Wroblewska bought a rundown farm, renovated it and began to raise goats, just for herself. Except, as it turns out, they breed like rabbits, which left her with hundreds of thousands of litres of milk and no clue how to dispose of it.

"The choice was between goat milk powder or cheese," she said. She opted for the latter.

Country life was enough of a draw that one of her daughters, Izabela Ciesielska, a psychologist by training, decided to come on board and provide fresh momentum to the family farm.

Today, around 300 goats – mostly of the alpine variety – happily frolic around a huge meadow. The farm boasts more than 50ha of pasture and produces around 10 tonnes of cheese each year.

Poland's artisanal cheese makers have no trouble selling their dairy close to home.

For that reason, "they have yet to tackle the European market, whose bureaucracy they fear," said Mientkiewicz. – AFP Relaxnews 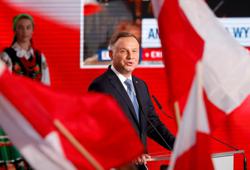 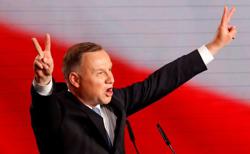 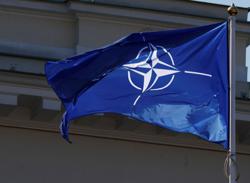