Some Malaysians came together recently and raised over RM50,000 for the #MutualAidBeserah to help poor fishing communities in Pahang. These villagers are struggling to make ends meet during the movement order control (MCO).

The money was used to purchase food supplies for over 1,000 families living in Beserah and Balok.

On March 23, Beserah villager Aiman Azhari, 36, and his friend, lawyer Fadiah Najwa Fikri, 37, posted a shout-out for financial aid for the fishing communities on social media.

It was forwarded among hundreds, if not thousands, of people. Within a few hours, funds started to come in. The following day, Aiman had received over RM7,000 from kind donors. “At least 100 people reached out, on top of contributions from other organisations. It was an overwhelming experience to have Malaysians – regardless of race, creed and political stand – answering our call for help.

“Strangers, who have no connection to the fishing communities, reached out. In their time of need, Malaysians of all races came forward to lend a helping hand, ” says Aiman in an email interview.

Due to the MCO, hundreds of fishermen cannot go out to sea. Home-based keropok makers and salted fish makers are affected too. Without any produce, these individuals can’t eke out a living.

And this group of people is among the hardest hit by the MCO and Covid-19 pandemic. Some of the daily necessities that were donated to the fishing communities.

“Most of these individuals live from day to day and have minimal savings. A large portion of villagers from these communities are daily wage earners. They don't have EPF savings. I felt sorry for them and wanted to do my part to help them, ” says Aiman, a Kuantan-based restaurateur.

On March 25, Aiman and his family members started to distribute food aid to the four fishing communities, in Kampung Pantai, Kampung Darat, Kampung Baru and Kampung Batu Hitam in Beserah.

“Priority was given to impoverished families, single mothers, the elderly and families of people with disabilities.”Each family received items like rice, cooking oil, biscuits, tinned food and flour.

“We also had a group of donors who contributed fresh vegetables to about 72 families. My mother helped to buy fresh eggs for about 90 families.”By April 6, Aiman and his team managed to distribute aid to 1,064 families in Beserah and Kampung Pantai Balok in Kuantan. 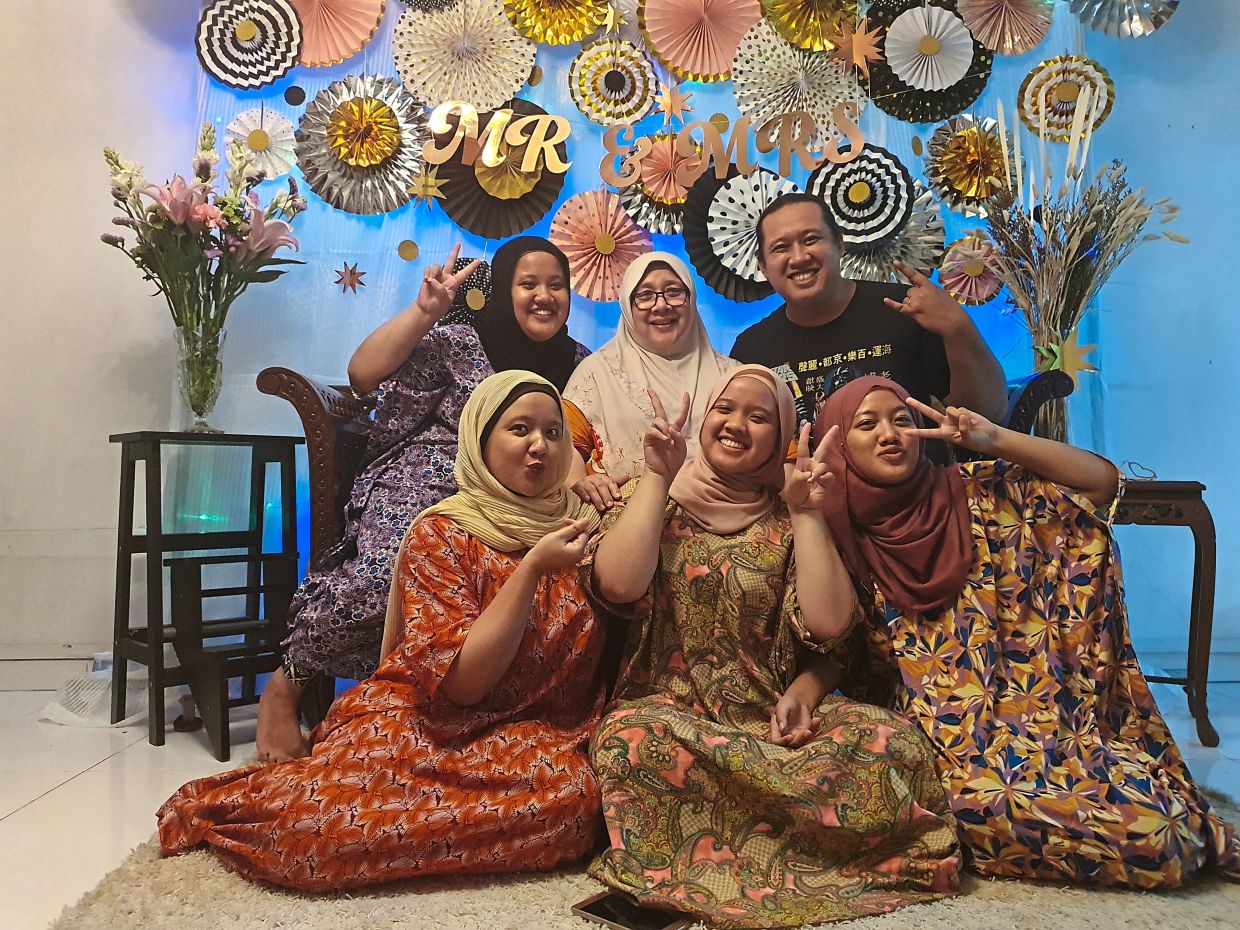 Aiman adds that the villagers were grateful and touched by the support received from fellow Malaysians.“One of the many incidents that touched me was when I overheard a single mother telling her children,"Alhamdulillah, kita ada juga nasi, nak masak nanti (Praise be to God. We have rice to cook afterwards).

“My heart broke into a million pieces. Many of us have never experienced food shortages in our homes. Malaysians should not be allowed to be that poor whereby they have no food in their homes, ” emphasises Aiman, who is also a freelance stage producer.

Regarding safety when distributing food during the pandemic, Aiman says: “We took all the safety measures. Volunteers used disposable gloves, face masks and hand sanitisers. They were also reminded not to have any physical contact with the recipients and to keep a safe distance at all times.”

Now that the MCO has been extended, Aiman might organise another fundraising effort to help other fishing communities in need.

“In a time of need, Malaysians regard each other as brethren. It is equally important that we protect the love and kindness we have for each other. One of the ways we can survive the MCO is if we continue to stand together in solidarity.” 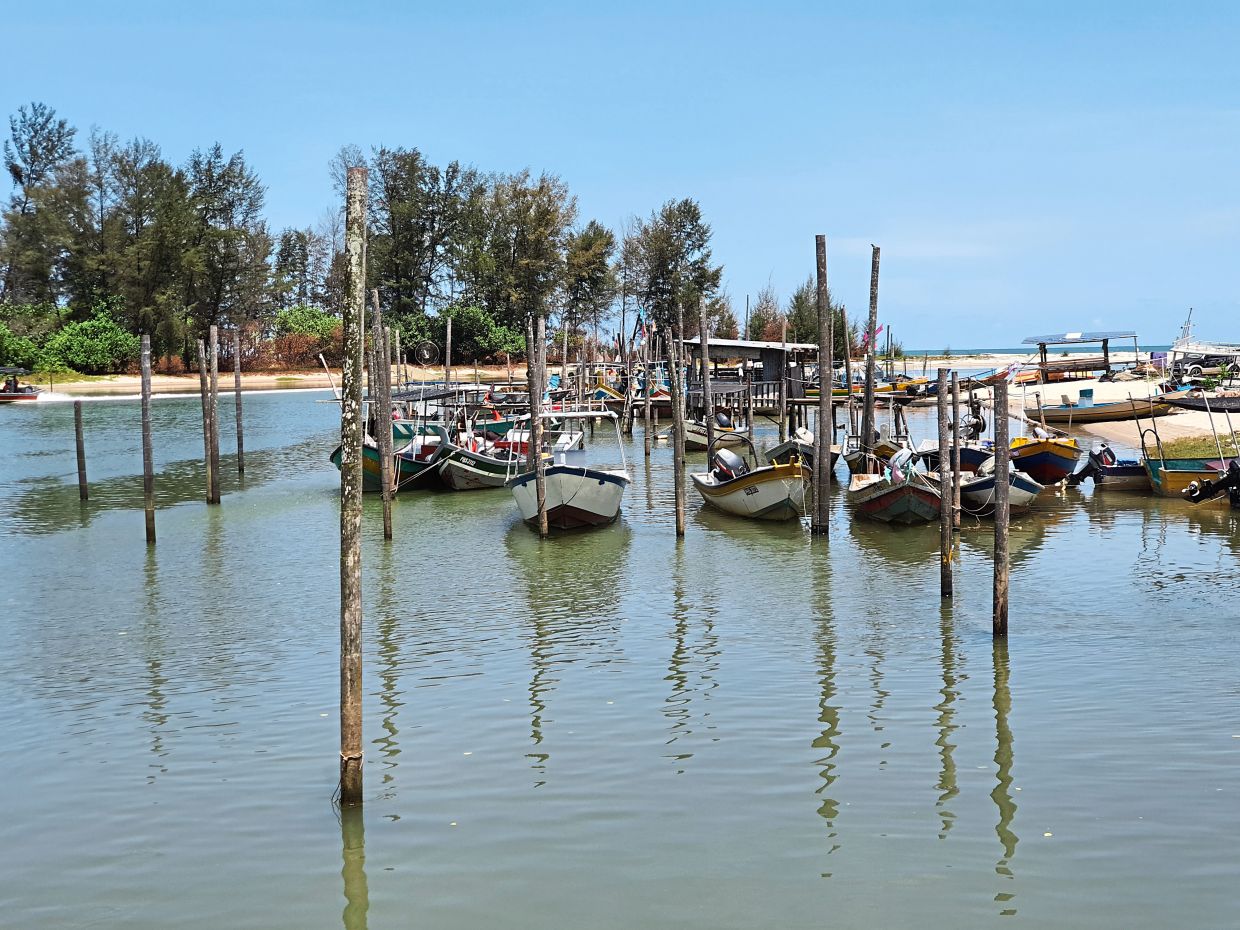 Fishermen cannot go out to sea during the movement control order. Thanks to the aid, poor villagers in Beserah and Balok are able to put food on the table. Photos: Aiman Azahari

Due to the MCO, many fishing communities in the East Coast have not been able to make a living.

Funds collected were used to purchase dry food items like rice, tinned food and sugar for the fishing communities in Pahang.

Some of the daily necessities that were donated to the fishing communities.

Fishermen cannot go out to sea during the movement control order.

Thanks to the aid, poor villagers in Beserah and Balok are able to put food on the table.

US town lets people pay for meals in advance for the needy
This Malaysian offers relief to the underprivileged through food bank
Germany's only funeral clown just wants people to rethink death
Prince Philip designed custom-built Land Rover for his own funeral
Nepal’s 'God of Sight' aims to make cataract surgery affordable and accessible beyond the country
A to Z of Britain's Prince Philip
Musician couple in New York raises money for food pantry with home concerts
In New York, the pandemic pushes some Orthodox Jews to leave their community
This Thai coffin maker kickflips caskets into skateboards
Growing vegetables in the Arctic Circle, thanks to permaculture