Faridah Merican at 80: still a child of theatre

Datuk Faridah Merican in the 1983 staging of Ribut, a Malay language adaptation of Thunderstorm. Photo: KLPac

Datuk Dr Faridah Merican is often referred to as the First Lady of Malaysian Theatre with good reason. Today she may be most visible as the executive producer and co-founder of The Actors Studio, helming the work that goes on Kuala Lumpur Performing Arts Centre (KLPac). But her legacy in theatre and performing arts in Malaysia is much more extensive than that, and dates back six decades.

Faridah’s early acting credits include such plays as Lela Mayang, Tok Perak, Uda Dan Dara and Alang Rentak Seribu, works that defined Malaysian theatre in the 1960s and 1970s, and determined the direction that theatre would take in the next few decades.

Faridah Merican at 80: still a child of theatre 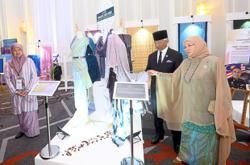 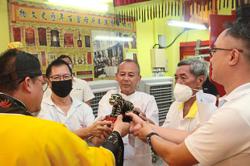