It is one thing to be talented but talent needs to be honed to spur excellence.

And that is especially true when it comes to music.

This year marks the 5th biennial Overseas Malaysian Winter Piano Academy (OMWPA), which will be held from Dec 16-23 at the prestigious Yehudi Menuhin School in Surrey, Britain. A total of 25 students from Malaysia, Singapore and Hong Kong, selected via an audition process, will be attending the programme.

The OMWPA was first established in 2010 by Sandakan-born, internationally renowned concert pianist Bobby Chen, an alumnus of the Yehudi Menuhin school.

Selected candidates get the chance to experience world-class musical teaching sessions in a non-competitive environment, attend evening recitals given by some of the tutors as well as concerts at the Royal Albert Hall, Royal Opera House or the Royal Festival Hall.

At their graduation, the students will get to perform at the Gala Concert at the Yehudi Menuhin Concert Hall.

Many of the past participants have gone on to excel in music, including being accepted in prestigious music schools abroad as well as winning international competitions. 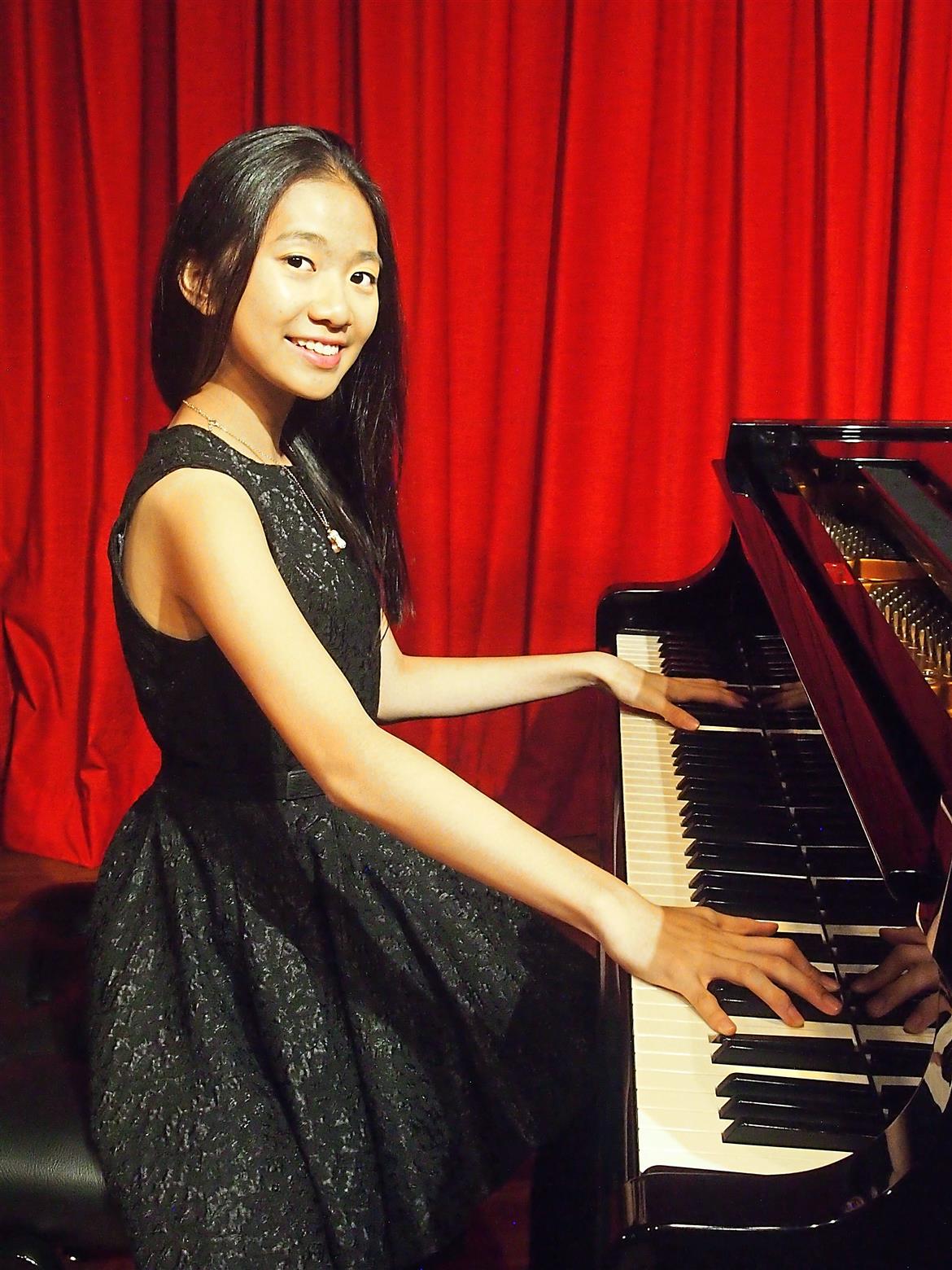 Liew, a participant of OMWPA 2016 and one of the first prize winners at the Golden Classical Music Awards International Music Competition 2017. Photo: Liew Sin Yee

One of them is Liew Sin Yee, 16, a participant of OMWPA 2016 who started piano lessons at the age of four.

She was a finalist in both the 4th Steinway Malaysia Youth Piano Competition 2018 and the UCSI University International Piano Festival 2018. She also got second place at the Taiwan Cheer International Music Competition (2015).

She found out about the OMWPA programme from some of her friends who were in the 2014 batch.

“The overall experience was truly amazing as I met many young talented musicians who shared a common interest, attended lessons under excellent tutors from prestigious music schools, and stayed in a beautiful, comfortable campus with well-furnished facilities. All these made me feel as if I were an actual music student studying there!” relates Liew.

She also got a better understanding of the importance of music during the programme.

“After spending a whole week at the camp, I learned that music isn’t about competing and trying to compare ourselves to others. It’s far more important to enjoy the journey together and to share the music we play with everyone.

“One of the tutors said, ‘The composers are the chefs, whereas we are the servers.’ Everyone has a different way of presenting the music composed a long time ago. As long as everyone gets to savour it, there’s no absolute manner in how a piece should be played,” she says.

In 2017, Liew was selected as one of the first prize winners at the Golden Classical Music Awards International Music Competition and invited to perform at Carnegie Hall (Weill Recital Hall) in New York on Nov 5 that same year.

“I was really surprised to win because there were so many capable, talented musicians worldwide and I didn’t think I would be chosen.

“I was a little nervous but also excited as I walked onto the majestic stage. Once I started playing, I felt more at ease and immersed myself into the music.

“After the performance, I felt rather sad that it ended so quickly, but also thankful that I was given such a wonderful chance to perform there,” shares Liew, who performed Danza de la Moza Donosa from Danzas Argentinas by Alberto E. Ginastera.

Today, she looks back at the performance as a source of inspiration in her pursuit of music. 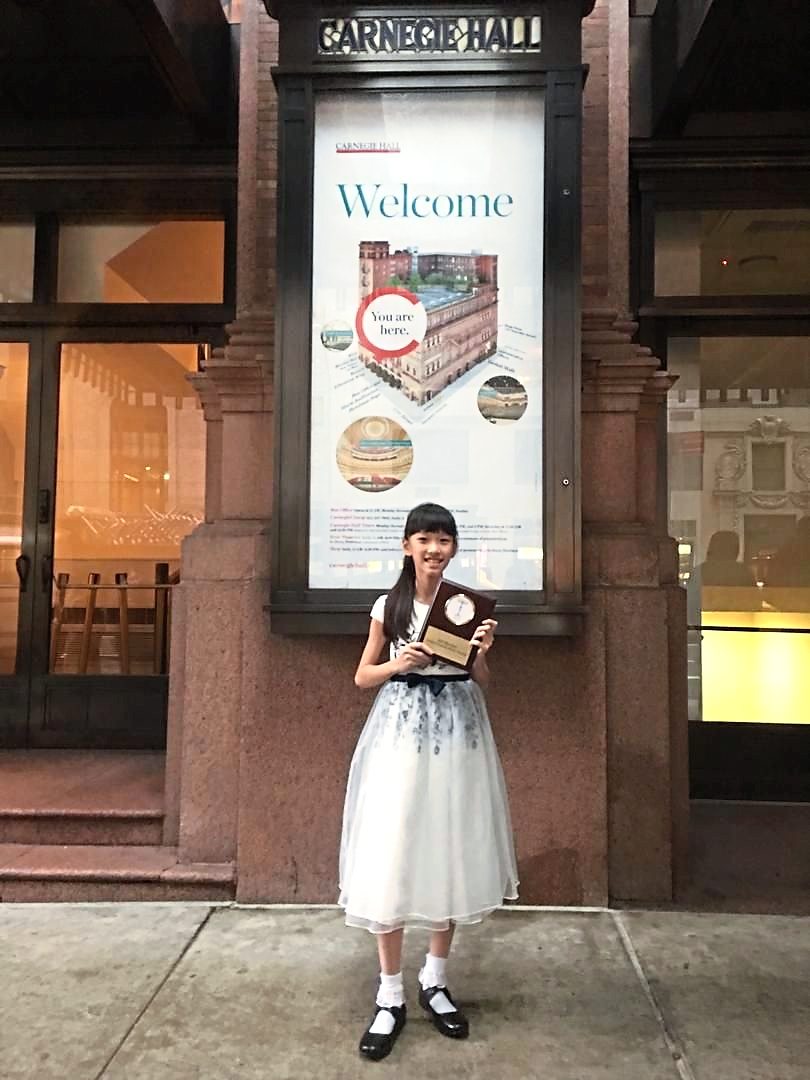 Tan, another participant of the OMWPA 2016, outside Carnegie Hall, New York in 2017. Photo: Chuah Seah Hoon

“It really was a huge source of motivation for me, and made me realise how much I loved performing.

“Whenever I feel frustrated while practising, I think about that overwhelming joy I get on the stage, and push myself harder to improve my playing,” says Liew.

Another young talented pianist and participant of the OMWPA 2016 is Tan Jing Ern, 12, who started playing the piano at age five.

She also won the Grand Prize Virtuoso International Music Competition in 2016, after which she was invited to perform at the Royal Albert Hall in London in December the same year and also at Carnegie Hall (Weill Recital Hall), New York, on Nov 5 the following year.

“Those two experiences were awesome. I felt lucky to have had the chance to perform in the Royal Albert Hall and Carnegie Hall. I was quite nervous before the performance, and very relieved when I finished performing!” recalls Tan, who played Witches Dance by Edward MacDowell.

Being a participant of the OMWPA 2016 is something that she will always remember.

“I made a lot of new friends and had a great time there. I learnt a lot of new things from the masters. I also learnt how to be braver in speaking out and how to improve my piano skills,” says Tan, who also plays the violin.

“Performing at the OMWPA concert was the most memorable moment while I was there, as I think that what the masters taught us was used in that performance,” says Tan, who hopes to become a concert pianist when she grows up.

Chuah Seah Hoon, Tan’s mother, adds, “As Jing Ern had to play the repertoires under a few experienced masters, she had more ideas on how a song could be played. It is also an eye-opener for Jing Ern to see a group of young musicians who were serious in music and working hard towards their dream.” 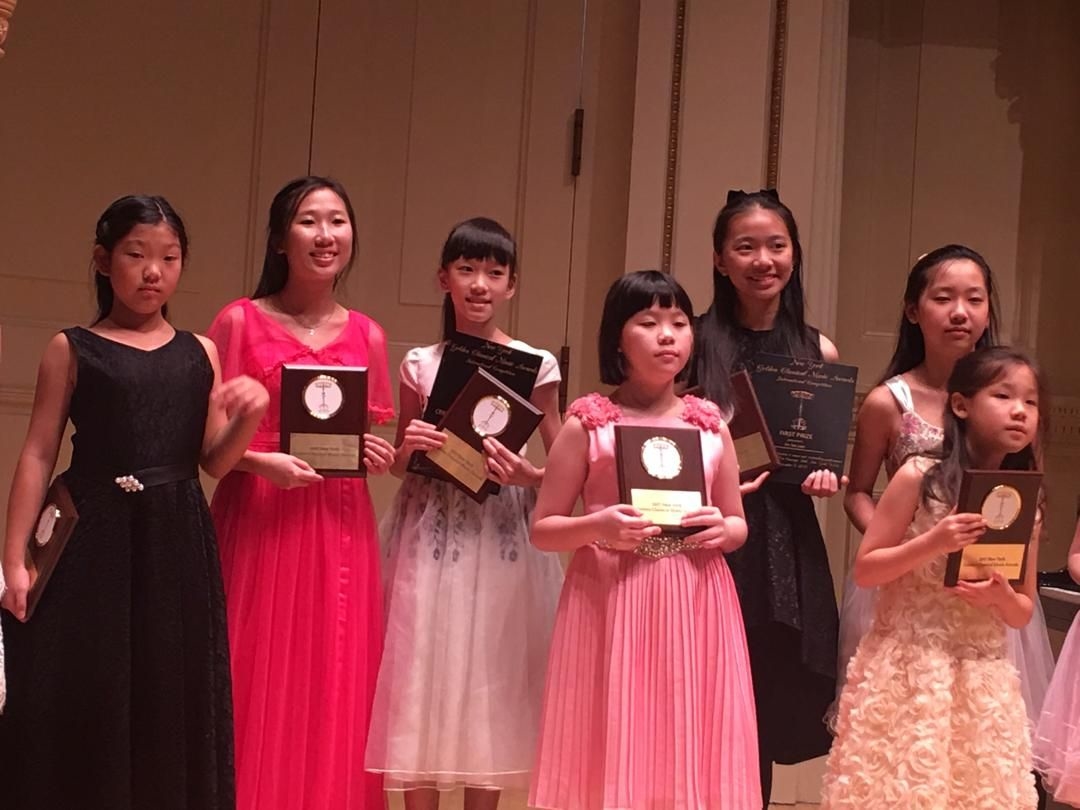