Fredskild collaborated with deejay, songwriter and producer Cuurley aka Bo Amir on the song Go, which she co-wrote with him. Photo courtesy of Sophia Fredskild

She knew she wanted to be a singer when she was 10, wrote her first song at 13, and today, has multiple singles to her name.

Fredskild grew up in Kuala Lumpur listening to a variety of music, including pop, R&B, folk and also country. Among her favourite artistes are Taylor Swift, Ed Sheeran, Ne-Yo and Rihanna.

Fredskild has nurtured a love for the arts from a young age. The first song she ever wrote was called Shooting Star.

“That took me a couple of hours to finish because it just flowed from start to end. Looking back at it, I think I definitely improved in terms of writing hooks and catchy melodies,” said Fredskild, when asked how she felt about the song now.

“But it was a good start and I am still proud of it. It was close to my heart and I wrote what I was feeling at that time, so it was kind of a dreamy, romantic and youthful song,” she said, when we met for an interview and photoshoot recently.

When she was in school, Fredskild joined the choir and took part in talent shows, later getting involved in theatre and musical productions including Bites Of Delights (Rhythm in Bronze), Seussical Jr The Musical (Enfiniti Academy) and Sinbad the Musical (KLPac).

Fredskild collaborated with deejay, songwriter and producer Cuurley aka Bo Amir on the song "Go", which she co-wrote. Photo courtesy of Sophia Fredskild

After she completed her O-level in 2015, Fredskild pursued her singing and songwriting career full time.

She had the chance to collaborate with Malaysian deejay, songwriter and producer Cuurley aka Bo Amir, with whom she co-wrote the English song Go.

“Bo has been in the industry for a very long time, and I learnt a lot from him. The first time I met him, he had a fully produced track that I managed to write melodies and lyrics for. So I would say that experience gave me the confidence and reassurance that I could pursue a career in singing and songwriting.

“That was my first professional production, and I learnt a lot about planning music videos as well as the whole execution process,” she said, adding that from there, she also got the chance to perform at Electric Run Malaysia’s post-concert in July 2017 in Putrajaya.

Fredskild released her second English single More Than You See earlier this year, a collaboration with Russian deejay, songwriter and producer Alexey Dorokhov aka Dorox.

Fredskild met Dorox online, the latter having heard her song Go and had a track he wanted her to sing. 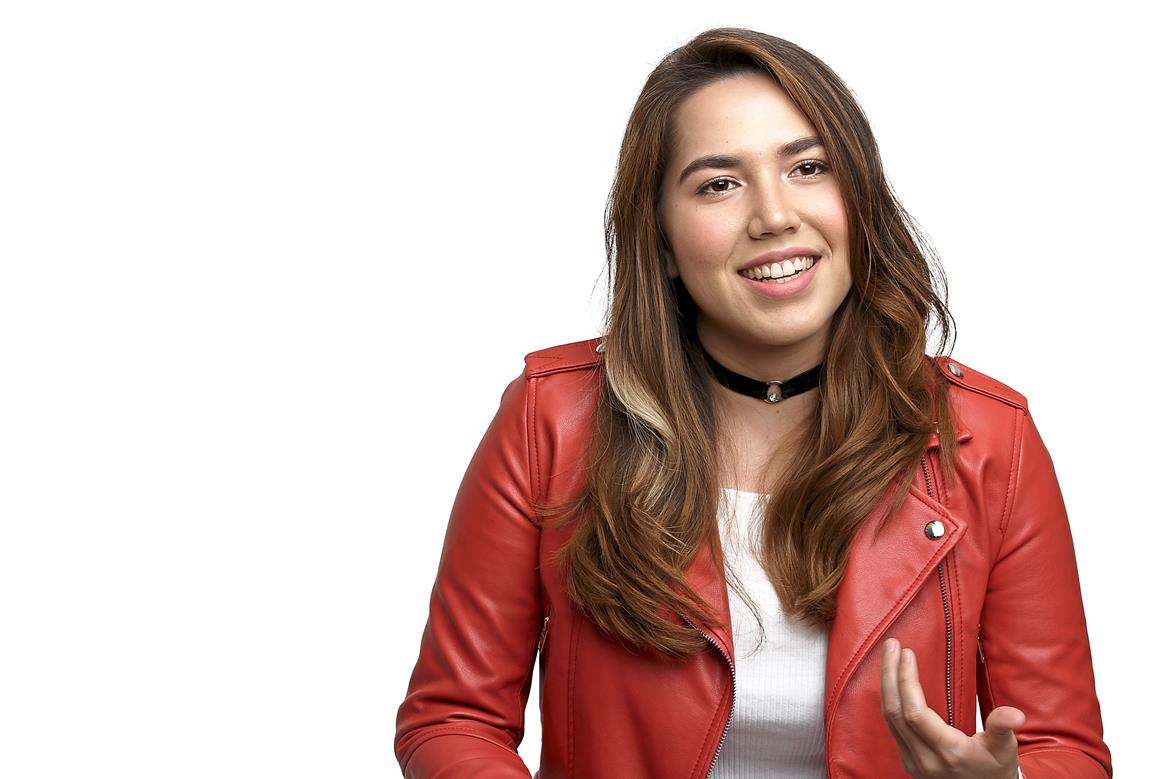 Fredskild's English version of her Malay song "Menanti Cinta" will be released on Friday.

“So he sent me the track and I wrote the lyrics and melody to it. Then I got it recorded in a studio, sent it to him and he was very happy with it. That experience also showed that music can come by in many ways, and you can collaborate with anyone around the world.”

The affable Fredskild released her first Malay song entitled Menanti Cinta recently, followed by the English version Waiting For Love, which will be out this Friday.

“This is a song about waiting for the right person to come into your life, being patient about the trials that you face, and having the hope of finding true love,” shared Fredskild, adding that she hopes to target the Malaysian market as well as Indonesia, Singapore and Brunei with Menanti Cinta.

Although English remains her first language, she also speaks Danish fluently, and hopes to continue improving her Bahasa Malaysia. The young artiste is set to release another Malay and English number next January, which will be a more upbeat pop tune.

“That’s more about a romantic situation, meeting someone that you feel is the one, so it’s like a continuation of Menanti Cinta. It will be called Cinta Selamanya, and the English version, Forever Mine,” she revealed.

Fredskild already plans to release yet another set of songs in both languages after that, before she focuses on working on a full English album.

Despite her parents not being involved in music before this, they are very supportive of their daughter’s career. In fact, the family started their own label recently.

“I am so grateful for their support because I know a lot of parents are not supportive of children who want to do arts but my parents are 100% supportive,” says Fredskild, who likes to watch movies to relax.