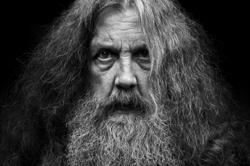 Because of his singular persona, when you first watched Jim Parsons on The Big Bang Theory, you might have assumed it was his first foray into showbiz.

But you’d be wrong.

Parsons had been toiling in film and TV for years.

And because he looks so much younger than he is – he’s actually 45 – you might have assumed Big Bang was his TV debut, but you’d be wrong again; he’s done many guest appearances on TV shows, and in fact had a recurring role on Judging Amy.

Surprisingly it was not those roles but his performance in Zack Braff’s movie Garden State which landed him the gig that made him a household word.

Despite this universal acclaim, Parsons remains modest, unassuming, with a strong sense of loyalty.

When he won his second Emmy for playing Sheldon he shared the honour with his co-stars and when the three of them were given substantial raises (a million dollars per episode), he fought for raises for the supporting cast, and they got it.

This will be his last season on Big Bang (he turned down US$50mil or RM208mil for two more seasons) but he’s already planning a new TV show scheduled to premiere next year, inspired by the people he grew up with in Houston, Texas.

What will you miss most when The Big Bang Theory ends?

Seeing everybody. And as we get to the end – we have 17 more to do – I will be very sorry not to see everybody.

I’ll particularly miss Simon Helberg; we spend a lot of time together, we go back and forth to our dressing rooms, we’ve talked for almost 12 years now.

Six months down the road after we finished, I will be like, I haven’t talked to Simon in a deep way in a long time. And that will be hard.

Is there something you’d like to take from the set?

There is a striped pillow on the couch in the apartment that’s very precious to them, they won’t even let us work with it during the week and it only comes out for shows, because they can’t seem to find another one. You’d think somebody could make one.

I would like to have that, and if I didn’t keep it for myself, it could live in my mother’s house.

She’s much more broken up about my leaving the show than I am. She is devastated that this is the last season. And I am like, how long did you think we would do it? But she will get over it, and she has the reruns.

We interviewed Iain Armitage (who plays a young Sheldon in the spin-off series Young Sheldon) earlier in the year. Were you as smart as he at that age?

Oh my God no. I was never as smart as Iain or as skilled.

I was not as able to talk to people as Iain. I was nothing like that at nine.

I was no dummy, but I mean the poise and sophistication. Oh my God no.

What’s funny is, when we do interviews together – and we do them all the time – and I’m always like, I was not as smart as you, not as able to talk to people as you are. And he’s like, oh sure you were.

Now that you’re rich and famous have you thought about giving back?

I do think about it. One of the great joys is being in a position to be able to make monetary contributions to causes you care about and then perhaps hopefully, wisely, use your face or name to bring attention to certain causes.

I’ve certainly had a couple of gay-related issues that I’ve spoken for. There is a theatre group I worked with in Houston which was hugely important to me on my road to getting to where I am right now and I’m kind of open to expanding it.

(From left) Kunal Nayyar, Mayim Bialik, Melissa Rauch, Simon Helberg, Johnny Galecki and Kaley Cuoco showed support to Jim Parsons who is honored with a star at the Hollywood Walk of Fame in 2015. Photo: AP

What pleasant memories do you have of growing up in Houston, Texas?

We just happened to have an old upright piano without which I never would have crawled on top of it and learned to play.

But I was very lucky. My family was never discouraging. They weren’t ecstatic when I said I’m going to major in theatre, but they never said don’t do it and that obviously made all the difference in the world for me.

I knew that I had their blessing, if not their full throttled enthusiasm. That came later.

Your mum has accompanied you to award shows, she’s obviously very proud of you. Were your parents close?

My parents had a very, very close relationship and a very communicative one. They worked very much as a team even though they fought at times, but not regularly.

My father was a man with a temper, which my sister inherited more than I did. My mother, as a first-grade teacher, was very good at holding her patience.

Overall they were a very balanced couple. They spent lots of time with us. We took many family vacations, even little ones when we would just drive somewhere.

But it all came to a halt after my father died in 2001. My grandparents – my mother’s parents – had a mobile home in a little town called Summerville in Texas.

We went there more than 12 times while I was growing up, for a couple of days at a time. They had a small little mobile home, but that place has stuck with me. I can still smell it and feel it. To me that’s our family in so many way

Are there things from your childhood that you’ve hung onto, things that have sentimental value?

My father had an identification tag on his suitcase when he was working. It was his business card. I must have borrowed that bag to take back with me to school.

It’s a monetarily inexpensive item that ends with a whole lot of emotion and meaning.