Up and coming local band, Midnight Fusic has just released its first extended play (EP) entitled When Love Was Around.

Signed to Sony Music, the band released its debut single Heart Of May in September last year which reached the top of Hitz.fm’s Met10 chart while their second single Lovesick, released in January has received over half a million plays on Spotify.

According to the Petaling Jaya-based alternative rock band, the songs in the album were written as a form of emotional release and a genuine representation of being open regarding one’s grief and heartaches.

The band said its music is influenced by groups such as The 1975, The Smiths and The Neighbourhood. The guys were lucky enough to meet their idol, The Neighbourhood in Jakarta during We The Fest music festival, which Midnight Fusic also performed at in July.

The band’s name was inspired by its members’ love for food and music (Fusic!) during their midnight hangouts.

In the process of forming the band, when did you guys realise this is it, we are Midnight Fusic?

Arif: It started out with just me and Adrian and then three other members joined – Firdaus, a drummer and an extra guitarist because I didn’t play the guitar at the time.

However, the other two members had to pursue their studies, so they left.

We then knew that having a drummer was crucial, and so Muaz joined. I then picked up the guitar and the rest is history.

Arif: Adrian is the joker who makes silly dad jokes and plans everything out; Muaz is the creative one, he always has new ideas; Firdaus is a very groovy man.

Adrian: Arif is always late and is constantly sad when writing lyrics, so he basically sets the depressing mood.

How do you settle disputes if any?

Arif: In the songwriting process, we all have a lot of ideas and when they clash, we would have arguments on what stays and what should go.

It helps that we are friends and are so comfortable with each other so we can easily compromise.

You guys have just finished school. Any plans for college? And how do you sort out your music and education?

Adrian: When we were writing songs in high school, we did so in between homework or studying for exams.

When inspiration strikes in the middle of study, we would pause, write something down real quick, then carry on studying. Sometimes we do get a little carried away with writing. Somehow inspiration always strikes when you are studying.

Arif: We have applied to ICOM (International College Of Music). Adrian is starting next month and will be majoring in Sound Engineering. We hope that the environment of a music college would fuel our creativity. 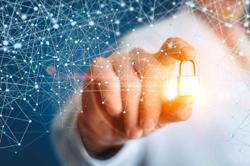