Actor Redza Rosli is good at being bad.

Since pursuing acting full-time four years ago, Redza has been known for playing a slew of antagonist roles in TV dramas.

“I didn’t choose my roles especially since I was new in the industry,” the 24-year-old star shared in an interview. “So whatever character you’re given, you just take it. That’s how you prove that you can act. You can’t demand and say I can’t portray this character.”

Redza’s foray into acting began when he was only 16. “I accompanied one of my best friends from school to a casting. Suddenly the assistant director asked me if I wanted to be a part of the filming as well. I got cast as an extra, and I’ve been acting part-time since then,” he remembered.

After secondary school, the actor furthered his studies in interior design. He later enrolled in theatre classes which led him to try out acting full-time.

“At first I did it for fun. Then, I became serious about it because I love that when you act, you get to be all kinds of people: a policeman, a fireman, an architect, for example.”

Redza got his big break last year when he starred in Seindah Takdir Cinta, which was aired during the coveted Ramadan primetime slot. In it, he played a mean, rich Casanova and he sported a striking blonde quiff to bring out his bad boy vibe.

In person, the actor from Subang Jaya, Selangor wears a warm smile regularly during the interview; he is soft-spoken and even a little shy – nothing like the demeanour he portrays on screen. “When it comes to work, all my shyness goes away,” he responded when I point this out. “I will focus on the character and I won’t care about what people think of me anymore. So, if I’m playing a playboy and I have to flirt with my co-star, I’ll do that.”

Redza has a string of projects lined up this year, most notably, a primetime drama, Seindah Langit Ramadan, in which he will star opposite current “it” girl Ayda Jebat.

Asked if he’ll be playing more baddies in the future, Redza offered: “I’ve been getting a mix of both good and bad guys. I’m into shows that can teach viewers moral values. So, it depends on the storyline, if there are lessons people can learn from it, (then) I’ll take it. It doesn’t matter if the character is good or bad.”

The actor shared he wants to dabble into directing as well one day: “When I’m shooting, I’m not just into my character. I’m always watching the crew work and I will sit in front of the monitor with the director to see what we just shot.”

1. Since you often play the villain in TV dramas, do you get interesting reactions from people on the street?

Yes, there have been some who really hated me. For me, I take that as a good thing because it means I’ve successfully portrayed the character. When Seindah Takdir Cinta aired during the fasting month last year, I was afraid to go to the Ramadan bazaars. I played an arrogant playboy on the show. Some looked like they were going to throw food at me.

They would ask me why I always play these bad boy roles and ask me to try playing the good guys instead. But at the end of the show, my character changes and becomes good. It was nice to get feedback that people were touched and some even cried.

2. I heard you accidentally punched fellow actor Amar Baharin on set once. What happened?

It was during a fight scene. I was playing a gangster and I accidentally punched him too hard.

He knew it was an accident but I felt so bad about it, I went with him to the hospital at four in the morning and stayed with him there.

3. You’ll be acting with one of the most popular stars now, Ayda Jebat. Do you feel any pressure?

I’ve known Ayda for a long time, since after she left Akademi Fantasia. So, there’s not much pressure. I’m usually more nervous when it comes to getting along with my director and the production crew actually. Your chemistry with your co-star isn’t hard to develop. It’s your chemistry with the crew, that’s really important.

It also helps that Seindah Langit Ramadan isn’t adapted from a novel so there isn’t an existing fan base who have their own set of expectations.

4. Which Hollywood actor do you admire?

I personally would want to act in more action films if possible. So I look up to action stars like Chris Hemsworth, Jason Statham and Ryan Reynolds.

I admire versatile actors as well like Channing Tatum who can carry a love story and an action movie. There’s also Hugh Jackman who can do musicals and action films.

5. What qualities do you look for in a woman?

My dream woman would be someone who understands the nature of my work, that I won’t always be able to be at home to spend time with her. She has to be sincere and trustworthy and have a good heart.

When it comes to physical attributes, I like someone like Blake Lively. She doesn’t need to put on a lot of make-up or dress sexy. It’s more about her personality and how she carries herself. I’m attracted to that. 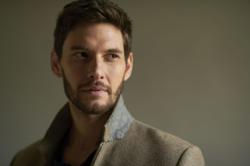 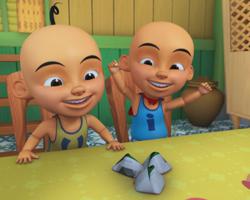